The road towards zero-emission shipping

Kimmo Tiilikainen, Finland’s Minister of the Environment, Energy and Housing recently met with Wärtsilä and members of the Finnish Maritime Society to talk about the future of the marine industry. We present a quick round-up of the event.

When Kimmo Tiilikainen, the Minister of the Environment, Energy and Housing recently took the stage at Wärtsilä’s Helsinki Campus, it came at an interesting time in Finnish politics. Only a few days earlier, on the 8th of March, Finland’s Prime Minister Juha Sipilä had decided the government should resign over its failure to deliver a long-awaited social and healthcare reform. This made Tiilikainen part of a caretaker government.

Much to his credit, Tiilikainen didn’t shy away from the elephant in the room and explained the rationale behind the decision. 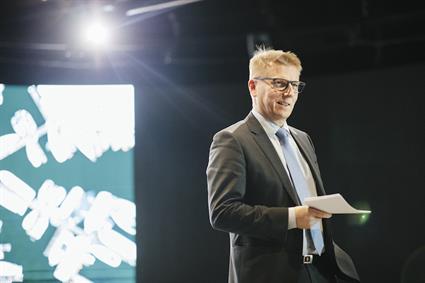 Kimmo Tiilikainen, the Minister of the Environment, Energy and Housing.

Looking both near and far

With over 90% of the world’s trade carried by sea, there is no denying that the marine sector has a crucial role to play in meeting climate targets and reducing emissions.

The minister pointed out that many steps have already been taken by the industry in this regard, including milestones such as reducing the amount of unwanted nutrients and toxins being flushed to sea and controlling sulphur emissions.

“However, the biggest question is to limit greenhouse gases. That’s the number one problem, and the marine industry is not excluded,” said Tiilikainen. “The strategy is clear, to have zero-emission shipping. But, the journey to this will be long and difficult and concrete actions are needed to make this happen.”

He urged the crowd to not give up and emphasised that Finland has a high focus on innovation and technology, and is already able to offer more efficient and eco-friendly solutions that can benefit both the local and the global markets.

“We need to look both near and far,” he declared. “Near to see in what condition the Finnish maritime cluster is, and far to understand what is happening out there in the world and how Finland can strengthen its position as part of the transition.”

The Baltic Sea, Tiilikainen added, is an example of what effective measures can result in. While there is still plenty that must be done to protect it, the condition of the sea has improved significantly over the past few years. Coincidentally, just a few hours before the minister arrived at the Wärtsilä Helsinki campus, the Ministry of the Environment had announced a 45-million-euro plan for the protection of both the Baltic Sea and freshwater resources.

A key part of the protection of the Baltic Sea is the long-serving research vessel Aranda, which has just gone through a complete renovation, and can run on bio-fuels, Tiilikainen pointed out. The vessel was built at the Wärtsilä Helsinki shipyard in 1989 and is fitted with Wärtsilä engines, now fully perked up for future expeditions. 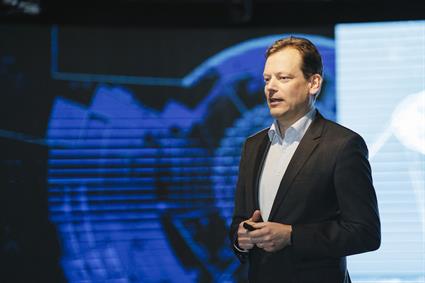 When collaboration is key

Roger Holm, President, Marine Business and Executive Vice President, Wärtsilä Corporation also addressed the audience, reminding them that marine transportation is one of the greenest ways of moving goods. But there’s still a lot that needs to be done, he said, referring to the International Maritime Organization’s (IMO) goal of cutting greenhouse emissions by half by 2050.

The technologies needed to do this cost-effectively already exist in silos, Holm stated and called for more collaboration in the industry to make their use both scalable and viable. Wärtsilä’s purpose of enabling sustainable societies with smart technology, he added, was based on open innovation and collaboration.

“We are already planning and building ships that will be operating in 2050,” he emphasised. “It might sound like it’s far away, but it really isn’t.” 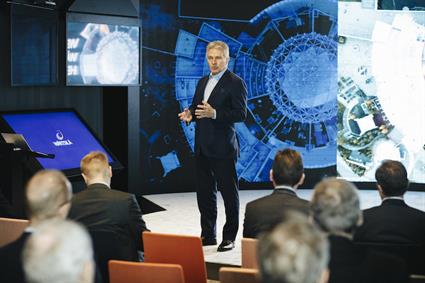 Wärtsilä President and CEO Jaakko Eskola spoke about the need to consider challenges as windows of opportunities, further underlining the need to deepen collaboration across the industry and among all stakeholders. This, he said, is also one of the underlying principles behind Wärtsilä’s new Helsinki Campus.

“We want to collaborate, be it with our subcontractors, customers, academics or authorities. This campus is a good example of enabling co-operation, as we can offer great facilities for research and development as well as ideation and planning,” concluded Eskola.