Spending more time travelling than at home is commonplace for Samantha Graham (Field Service Engineer) whose career sees her roving the world in one of the most coveted positions in marine engineering.

“My father was in the US Airforce. We moved wherever he was stationed. So, we travelled around a lot and I grew to love it—experiencing new sights, growing culturally. But the coast of California and Florida, where I spent the majority of my youth, will always have a place in my heart.

“The global opportunities are insane with my job: twelve countries in three years. The weekends are non-existent and jobs don’t cease for holidays; my old manager Nathan Short primed me for that. But where else would you find yourself climbing up from the greasy confines of a ship after a mechanical lip seal repair to the sights and sounds of Curaçao in the Caribbean? That’s when I have to pinch myself.” 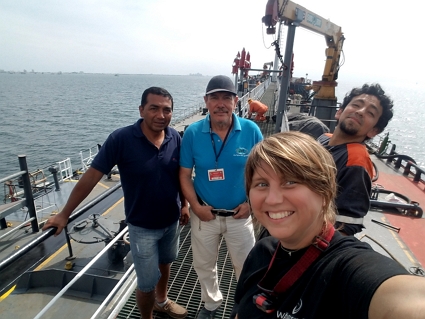 Into the big deep

“The ocean consumes my life. I’m pretty obsessed with scuba diving,” says Samantha, smiling. “Especially shark diving. Being at the mercy of these underwater giants really puts things into perspective. It’s all about respecting their space, their habitat and their position in the food chain. I travel quite a bit to Freeport, Bahamas, a landmark on the hammerhead migration route, and try to get in the water with them around work.”

Contrary to popular belief, “hammerheads are not so terrifying,” says Samantha, blithely. “They are actually pretty docile. I’ve only ever felt nervous with tiger sharks. They have beautiful markings when the light hits, but it’s easy to frenzy them and you have to make sure you know where you’re placing your hands.”

Though drawn to the water by profession and inclination, Samantha has begun exploring more land-based activities, like hiking, in North Carolina, the place she now calls home.

“I’ll always be happiest by (or in) the ocean, but being naturally adventurous, I’m trying out new hobbies, and hiking seemed like the obvious choice in the mountainous backdrop that surrounds me.” 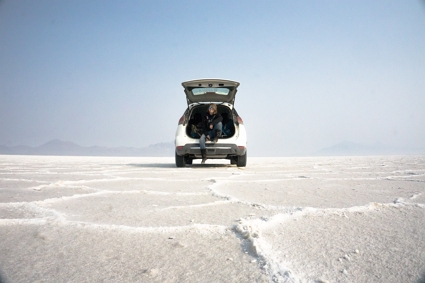 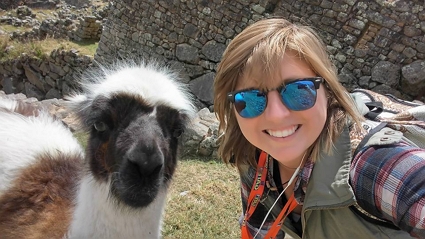 Samantha was first introduced to marine engineering in her late teens. “I built a little remotely operated vehicle (ROV) as part of a competition at school in California. We had to place it in a pool and navigate it through the water.”

After graduating with a Bachelor of Science (BSME) in mechanical engineering from Florida Atlantic University, Samantha moved to Sittard, Netherlands, where she lived for three years, diving at every opportunity.

Her first marine engineering job soon followed after a position became available with Wärtsilä. “My upbringing by the sea, my love of diving and my interest in marine engineering made it easy to be influenced by water-related careers,” says Samantha. “And Wärtsilä seemed the obvious choice, being a maritime company.”

Samantha joined Wärtsilä five years ago, working as a Field Service Engineer for the last three.

Some women might think twice about embarking on a career in shipping—considered one of the most male-dominated industries in the world—but not Samantha.

“As a woman, I have some limitations with physical strength, but most shipyards are accommodating and my experiences have been largely positive.

“It’s very eye-opening, especially when considering how the media portrays the industry as being sexist. I’ve had some different experiences to other techs, but it’s not all a fight to prove yourself.

“I came in as a novice, without ever having used a torque wrench, but the field has taught me so much. Even a female tech can thrive here. The world’s on your side. I think we’re getting there in terms of gender equality.” 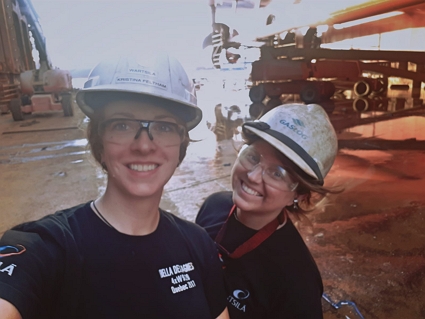 Since the pandemic, Samantha has spent more time at home than on the move. “Of course, it’s nice spending time with my partner and my cat, but five days in, and I start getting itchy feet, just waiting for the call.”

Samantha plans to continue working in the field, absorbing as much as she can, until she decides to submit to a deskbound job, where she hopes to bring the knowledge she has gained through real-world experiences with her.