Company
Home
Insights
Taking the machine out of people

Taking the machine out of people

Robotic Process Automation (RPA) – three words that could remind one of human-like metal robots such as C-3PO in Star Wars. However, it is not. RPA is the invisible personal assistant that boosts efficiency, decreases the amount of manual errors, and frees up time for employees to do more value-added work.

Robotic Process Automation (RPA) – three words that could remind one of human-like metal robots such as C-3PO in Star Wars. However, it is not. RPA is the invisible personal assistant that boosts efficiency, decreases the amount of manual errors, and frees up time for employees to do more value-added work.

Robotic Process Automation (RPA) is a tool that enables agile business process automation for non-technical people by configuring rules for a software robot to emulate the manual tasks of employees. It is fast and easy to implement and has a high return on investment (ROI).

“The software robot is not just a simple desktop script. What distinguishes these software robots from the more traditional graphical user interface tools is that RPA’s inherent features allow it to access and manipulate data in and between multiple systems, endowing the software robot with capabilities to complete more complex tasks. RPA follows rules-based procedures. Therefore, it is especially suitable for situations where the material is in digital format, and the process steps can be articulated in rules,” explains Professor of Practice, Esko Penttinen, a specialist in automation tools and the use of structured data in financial value chain processes at Aalto University’s Real-Time Economy Competence Center. 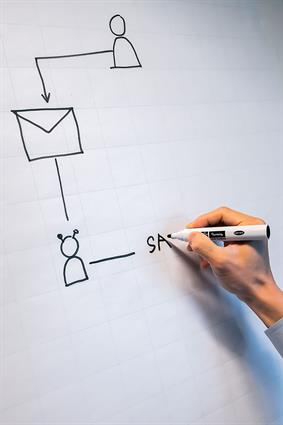 RPA robots are software installed on a computer, and the term robot is based on the operating principle. The RPA robot integrates across IT systems via front-end APIs (Application Programming Interface), as opposed to traditional back-end integration only. In practice, this means that the software robot uses IT systems the same way a human would, repeating precise, rule-based steps, and reacting to the events on a computer screen.

All about making things easier for people

Wärtsilä started to develop RPA a little more than 18 months ago and chose to do everything in-house, whereas most other companies have engaged a third party in the development process.

Wärtsilä’s Nishant Redekar, Service Manager, Robotic Process Automation within Data and Analytics Services says that Wärtsilä wants to have the development where the process experts are on the business side instead of having only IT-specialists doing it. 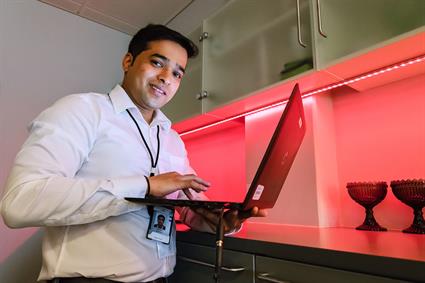 “Thanks to the intuitive and workflow-based visual interface for developing automations, almost anybody can become an RPA developer. It’s like building a robot structure using virtual Lego blocks; you pick and choose via drag and drop,” says Redekar.

RPA is easy to implement because it operates on the front-end and does not require heavy system integrations into the company-wide Enterprise resource planning, ERP systems. RPA target tasks are highly repetitive and rule-based and difficult to automate with traditional methods. Together with a relatively small investment, the payback time is extremely short. It also enhances operational excellence in the form of quicker turnaround times, faster response times, higher reliability, and improved quality.

The development of automation has been rapid in recent years. Things that used to be impossible to automate are now possible thanks to RPA. “Imagine an accountant doing reconsolidation for six hours a day. Now the same thing is done by a robot in ten minutes, and the accountant can analyse the results and focus on other value-adding tasks. RPA takes the machine out of people,” says Redekar.

A well-functioning RPA robot depends on exact rules and thorough testing to eliminate errors, since the robot will only do what it is told. The robot also relies on relatively stable graphical interfaces of the applications it uses. If there are changes, then RPA gets lost and needs to be reconfigured.

Will it transform the future business?

RPA is changing the way we look at work and is seen as another valuable tool in the toolkit of alternative ways of doing automation, rather than transforming businesses.

Penttinen says that the rules that RPA follows need to be articulated somehow. For now, it is the human expert that writes the rules and guides RPA. Recent developments in the field of machine learning might pave the way for more sophisticated, non-human ways of writing the rules.

“I see RPA as the first step moving towards Artificial Intelligence (AI) - it will be a combination of RPA and AI. We are presently building a first solution based on this concept bringing AI and RPA together,” concludes Redekar.