With a 34000 square metre space hosting 30 programs, 1000 start-ups, 3000 visitors a day and prestigious partners such as Facebook and Microsoft, Station F is well on its way to become the Silicon Valley of Europe. We give you a view from the inside.

With a 34000 square metre space hosting 30 programs, 1000 start-ups, 3000 visitors a day and prestigious partners such as Facebook and Microsoft, Station F is well on its way to become the Silicon Valley of Europe. We give you a view from the inside.

Located in an up and coming Southern district of Paris, right next to the National Library (BNF), Station F is a building that used to be a warehouse for the nearby train station called Halle Freyssinet (hence the name, Station F). Funded by French telecommunications and technology tycoon Xavier Niel, who invested EUR 250 million in the project, Station F is not a regular incubator. It is often described as a vibrant ecosystem where innovative thinking and collaborative spirit is valued.

Inaugurated in June 2017 in Paris, France, Station F’s ambition is to host the most innovative start-ups of Europe, under one roof.

It is currently being managed by Roxanne Varza, a thirty-something Iranian-American who grew up in Palo Alto, California.

“We are very big on diversity – it's part of our DNA,” assesses Varza.

“We really want to show that innovation is about bringing different people together. Therefore, we have a lot of international profiles, women and men, and also entrepreneurs that come from underprivileged backgrounds. We believe that you don't need an MBA or a specific degree to be a great entrepreneur – and sometimes people who have had the hardest struggles make the best entrepreneurs.” 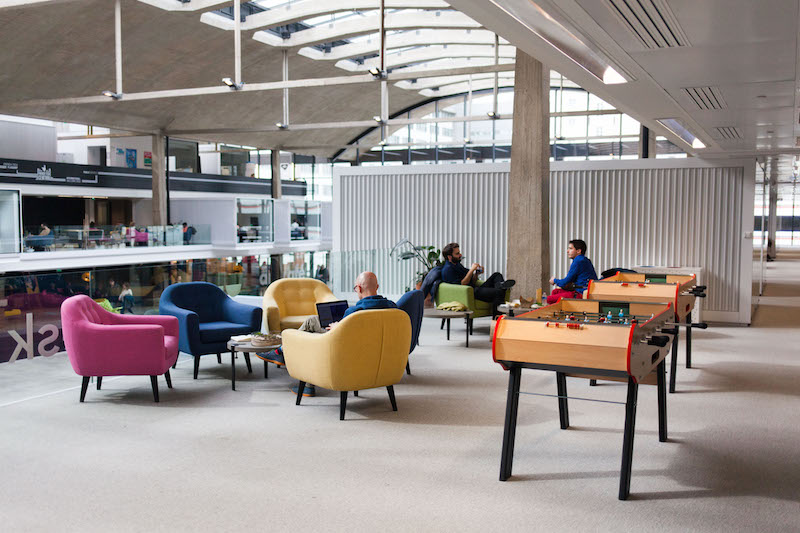 Station F’s ambition is to host the most innovative start-ups of Europe, under one roof.

Jules Ekoulé, co-founder of Ytizen, an online service which enables local communities to update their data on urban infrastructures, works from Mondays to Sundays. On Saturdays, he usually takes half-a-day off to socialise, but then he’s back at Station F in the evening.

“Sometimes, when I arrive in the morning, I bump into people who have been online all night with clients in the US and are about to go to bed,” he says.

“You have to say ‘yes’ to conference calls on Pacific Time,” says Karen Ko, a Paris-based American currently working on a data analytics platform that help human service organisations scale their social impact.

The place is open 24/24, every day. It includes several cosy shared areas to relax or nap, and boasts also of showers and a forest-themed meditation room. 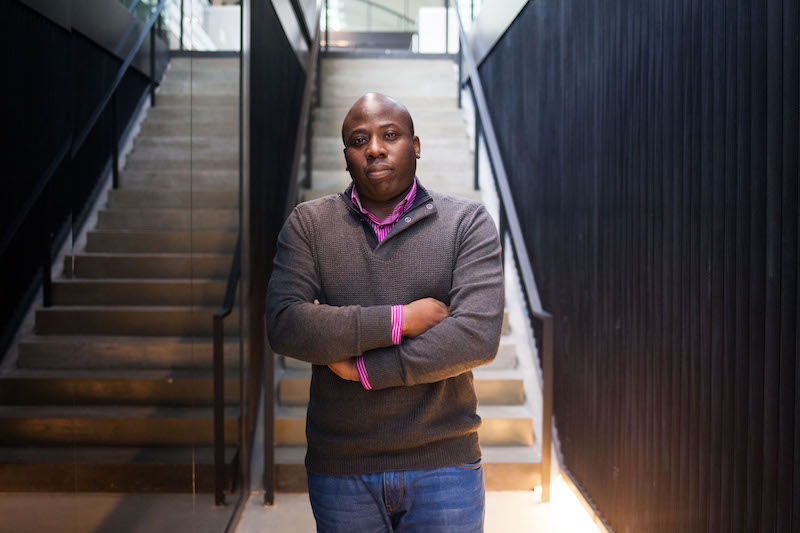 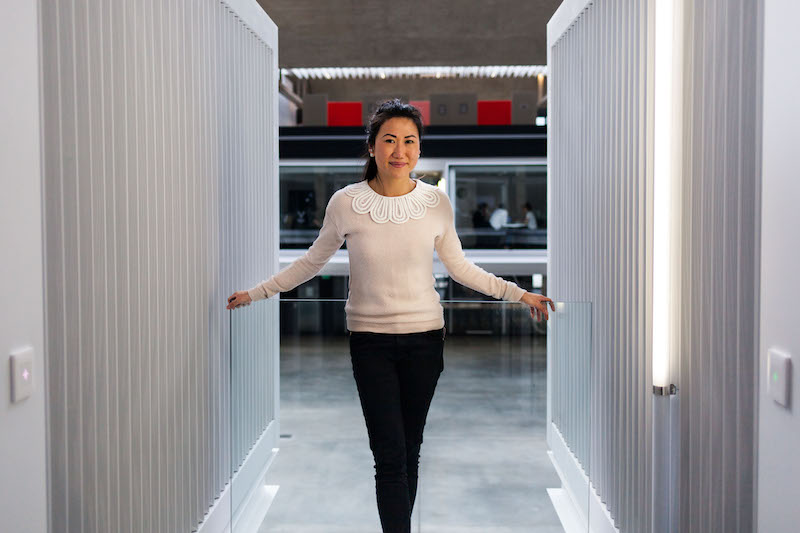 “What’s missing when you work from home is the community aspect,” assesses Ko, whose start-up, SeniorGrowth is part of the French business school INSEAD LaunchPad program at Station F.

“You never know who has what expertise,” she adds.

“If I need help on a technical aspect to update our website, I won’t hesitate to asking the ‘tech’ guys,” acknowledges Cattleya Malejac, co-founder of Poétique Paris, a new brand of vegan leather clothes.

“It will take them 2 seconds whereas I would have spent hours trying to solve it on my own.”

Through Slack, Station F’s internal mail, start-uppers are often solicited to take part in workshops or conferences. Each program has to organise Masterclasses to help share with the rest of the community. Last week, Mo Gawdat, former CBO of Google X, aka “the moonshot factory”, gave a talk on happiness. Ekoulé also remembers attending a conference with Tony Fadell, known as one of the fathers of the iPod.

“He sold his start-up for USD 3 billion,” Ekoulé adds, impressed. 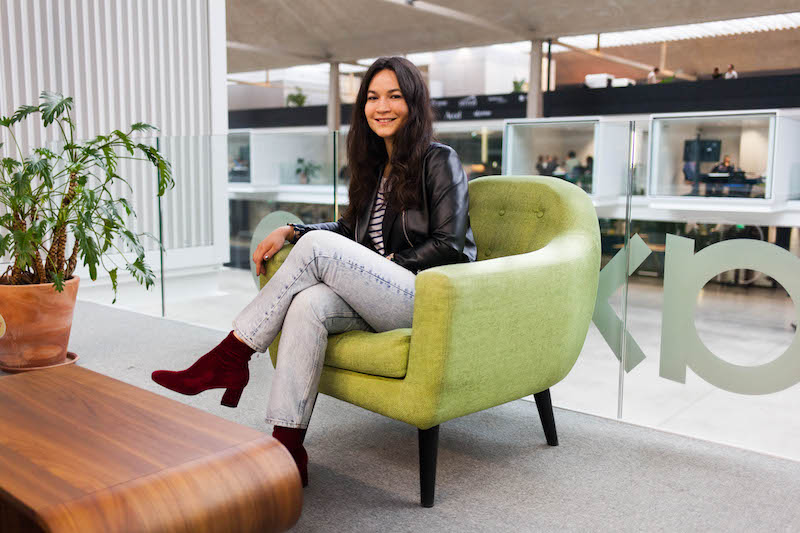 Cattleya Malejac is a co-founder of Poétique Paris.

The next billion dollar unicorn

Among the 1000 start-ups gathered at Station F, the stages of development vary enormously from one open-space to the next. Once everyone passes the idea development stage, some begin to work on scaling while others would have successfully raised money or found clients.

“We came straight from my living room,” jokes Solange Arnaud, who describes herself as one of the elderly members of the incubator (she’s 43). Thanks to a fundraising in her community last year, she was able to raise EUR 500,000 for her project Medoucine which is part of the Founders program and is planning to do a second round at the end of 2018. However, start-ups at Station F with a budget above EUR 500,000 remain a minority.

The dream is to be bought out by a bigger company.

“I can’t say who but someone in my open space just told me he was being bought out,” confides Ekoulé.

Start-uppers used to chasing around potential partners and investors, suddenly find themselves at Station F in an environment where the investors come to them. While many of the investors look for the next billion dollar unicorn, some focus on game changing ideas.

“You get a warmer welcome when they realise someone’s actually trying to change the world,” analyses Ko. 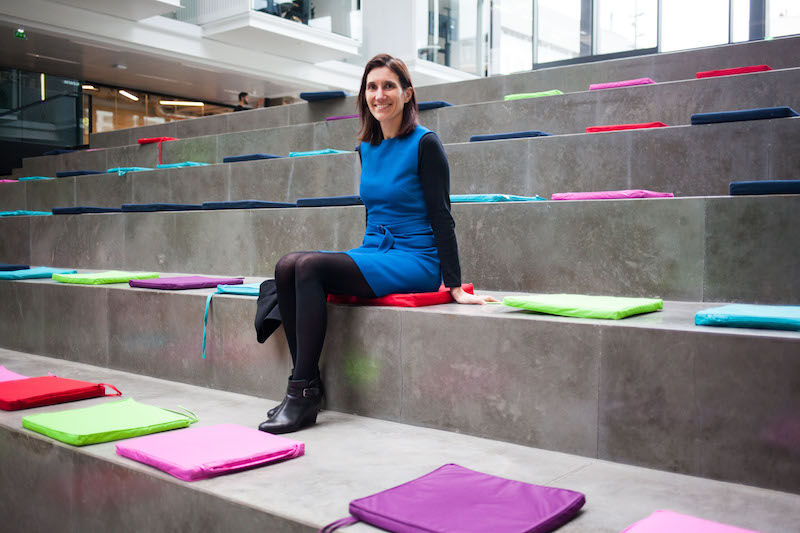 Solange Arnaud is a founder and CEO of Medoucine.

We are the Fighters

Station F is also home to some unique programs like the Fighters program, which is designed to enhance the diversity among start-uppers. It enables not only those from an underprivileged background but also immigrants and refugees to enjoy the incubator for a year for free. Among them, a majority is dedicated to socially committed projects.

Binta Jammeh, co-founder of Konexio, is one of the 200 applicants from 27 countries who tried their luck. Jammeh met the now CEO, Jean Guo, in Paris a couple of years ago. Both were then American exchange students. The two self-described workaholics first started to develop their idea in a Paris-based incubator, Singa, specialised in the socio-economic integration of immigrants for a period of six months. They went on to Station F where they now plan to extend their project to two additional French cities. Their plan? Fighting the digital divide in our societies by enabling refugees to gain ICT skills.

“We've been lucky enough to profit from educations that allowed us to master ICT skills, and we're now using those skills to pay it forward in the service of our communities,” sums up Jammeh.

“I believe in my idea,” says a confident but realistic Ekoulé, who declined an important job in Cameroon to pursue his start-up dream as a “Fighter”.

“Ultimately, it’s going to be a make-or-break year for us but even if it doesn’t work, I know that I will have learned so much by the end of the year that it’s not a waste of my time,” he concludes. 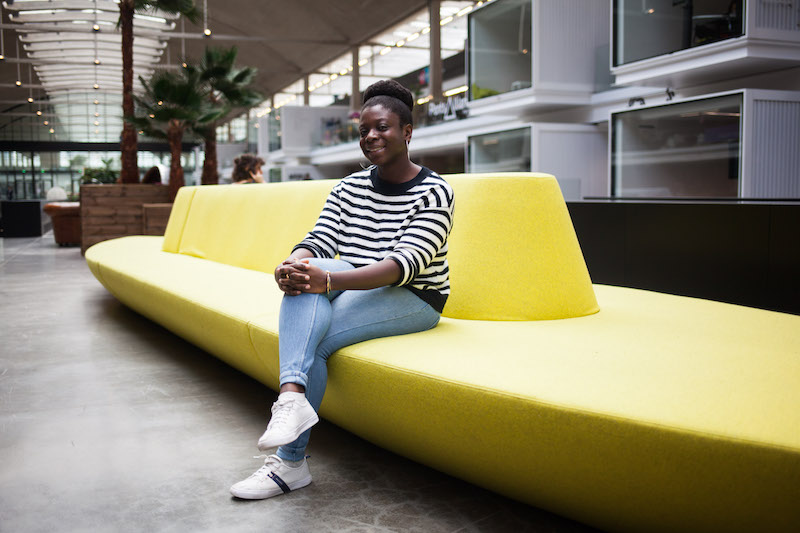 Binta Jammeh is a co-founder of Konexio.