Coral reefs around the globe are one of the many victims of climate change. Rising temperatures and sea levels are killing these colourful underwater ecosystems. However, experts emphasise that there’s still hope if we act quickly.

Coral reefs around the globe are one of the many victims of climate change. Rising temperatures and sea levels are killing these colourful underwater ecosystems. However, experts emphasise that there’s still hope if we act quickly.

In the late 1990s, Jessica Haapkylä, a young, hydrobiology-graduate from Finland, went to Hawaii on an internship. 1500 kilometres south of Honolulu, she found herself in an underwater wonderland. She couldn’t believe what she saw there – a coral reef, filled with and surrounded by astonishing colours and gigantic creatures such as manta rays and sharks.

Two decades later, that effect has not worn off. “There’s no way of describing it with words,” she recalls. “I got hooked right away. The scenery was just spellbinding.”

It was nothing like the water world she’d seen back home, in the murky lakes of central Finland and the shores of the Baltic Sea. Inspired, she decided to make a career out of studying corals and coral reefs.

In 2005, Haapkylä started studying coral diseases in Indonesia. However, to her dismay, she discovered that the fragile ecosystems had begun to deteriorate.

According to a 2008 study by the International Coral Reef Initiative (ICRI), by the 2030s, 90% of world’s reefs are expected to be at risk from both human activities and climate change. The threat to the health of reefs is particularly strong in Southeast Asia, where 80% of the reefs are endangered. 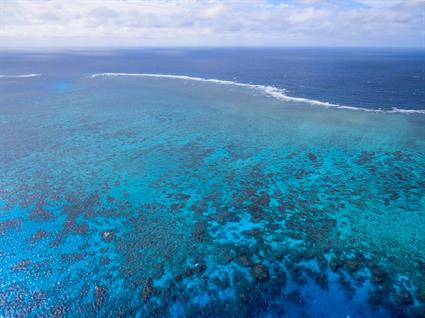 The catastrophic situation is not exclusive to Southeast Asia though. In 2016, a mass coral bleaching destroyed an estimated 29% of shallow-water coral cover across the Great Barrier Reef Marine Park in Australia. The park authority called the recent loss of coral cover unprecedented.

Haapkylä notes that the biggest threat of all is climate change.

“We can’t get away with the fact that rising sea temperatures threaten the reefs, and the rise is caused by climate change,” she says. Seeing the destruction of the Great Barrier Reef, Haapkylä admits, brought tears to her eyes even under her diving mask.

“The situation is dire,” admits professor David Smith, the director of the Coral Reef Research Unit at the University of Essex in the UK.

Smith points out that heat-induced bleaching is leading to disastrous coral mortality around the world. He points out that corals are particularly vulnerable to rising temperatures as they, by default, operate at the top of their thermal maximum. If the change takes place at a slow rate, the coral might be able to adapt to some extent. However, with the so-called marine heat waves caused by El Niño, their chances are slim.

“One-degree rise for four to eight weeks breaks down the symbiotic relationship between the coral and the algae, causing biochemical problems and mortality,” explains Smith.

Sea temperatures aren’t rising with the same intensity across the world and the threat of marine heatwaves also vary. Also, warming oceans aren’t the only threat to the reefs. For instance, in many parts of Southeast Asia, historic and present destructive fishing techniques, such as blast fishing, which blows up the reef at a 10-metre radius are the main cause of damage. Other common damaging activities include coral mining, pollution (organic and non-organic), overfishing and the digging of canals and access into islands and bays.

“But even in the direst straits, we have two options: putting our head in the sand or to find solutions,” adds Smith. 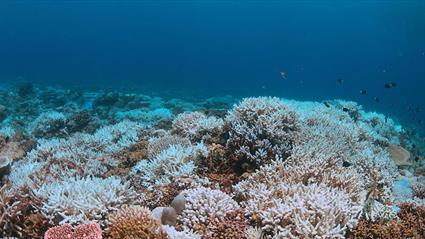 Haapkylä and Smith believe that the events in Australia in 2016 have acted as a global wake-up call.

After all, coral reefs are the most diverse ecosystems that exist, and are home to countless species of marine life. On top of this, coral reefs are a source of income and food for hundreds of millions of people and act as natural defences against storms.

“They are the engines of marine biodiversity, but they also provide really important services for the society that goes beyond biodiversity,” says Smith.

According to Smith, a lot can be solved by studying the areas where corals are more resilient. For instance, less vulnerable subspecies that are likely to survive in the changing environment may be used to repopulate damaged reefs. There’s ongoing research in extreme environments, where scientists are trying to figure out what factors affect the coral animal’s adaptability.

Smith believes that the best opportunity comes with combining different efforts. “There’s not just one measure, but there’ll be a toolbox,” he says.

Despite extensive research, and as with climate change in general, there’s a consensus that not enough is being done to save the reefs at the moment. The good news, according to Smith, is that due to the economic importance of coral reefs, there’s a certain amount of political pressure on governments to act. He has also noticed that businesses and corporations are increasingly taking note of the situation.

“It’s not just conservation efforts, but also businesses that are dependent on coral reefs, such as the dive tourism industry. We want to ensure that best practices are shared and that organisations commit to taking coordinated action,” says Smith.

When every inch counts

This applies to each and every one of us. Haapkylä highlights that although governments and corporations have much more power and resources to battle climate change, there’s no such thing as a small act.

“We should consider the long-term wellbeing of our planet in all of our life choices, ranging from green investments to people picking travel destinations. Every effort counts, be it eating less meat or recycling waste,” she says.

Smith agrees. He urges people in positions of influence to bring changes within organisations and make them adopt more eco-conscious ways, not only by avoiding negative impact but also by highlighting any positive efforts taken to improve sustainability.

Smith also encourages everyone to spread the word to ensure that people understand the gravity of the situation.

“It’s down to all of us to live more sustainably. If we don’t, our children won’t see coral reefs. That’s the absolute fact,” he sums up.