Growing up in a community where most girls dreamt of getting married and the size of their dowry, our colleague Shirley Chemmuttut dared to dream of a life beyond her tribe. Now, she inspires other girls to do the same.

Growing up in a community where most girls dreamt of getting married and the size of their dowry, our colleague Shirley Chemmuttut dared to dream of a life beyond her tribe. Now, she inspires other girls to do the same.

This is the sixth article in our People with Purpose series, in which the people of Wärtsilä share in their own words about the major turning points in their lives and what brings purpose to their days.

Now, Shirley tells her story in her own words.

The importance of education

“I will sell even the last of my belongings if needed so that you will go to school. You have to have an education,” my father used to say when I was younger. I come from a culture where education was not greatly valued in the past, especially for a girl child. But my parents were determined for me and my siblings to get an education.

My mother was a teacher before her retirement. From her generation, few people went to school. However, her parents had embraced Christianity and were missionaries so their children, all nine of them, went to school, regardless of if they were boys or girls.

My father was a lawyer. He was the first lawyer to come from our district and the first judge from Elgeyo Marakwet, which was a big deal. He saw how women were treated in our society and he said: “As a woman, you must be able to stand on your own feet, so you don’t have to walk through the same suffering other women have walked through.”

But my auntie, she had another plan for me. She said: “let her come to me”.

Away from all that was familiar

In Africa, culturally, we are one big family. I respect my aunties and uncles as my parents, and they have the right to discipline me. My auntie, who I am named after, was at her time a champion for girls. She thought that if I become a nurse, very soon I will get married and that was not the vision she had for me at that point.

My auntie was the first female director for World Vision in Kenya. Later, she was asked to run the World Vision office in Perth, Australia. She said to my parents: “let her come to me to Perth to see the world and do a diploma.”

So, off I went. I remember crying as I thought I wouldn’t see my family in God knows how long – and Australia and Africa are miles apart. It was my first time out of the country and away from all that was familiar.

I completed my business diploma and after that, I started my business degree at Edith Cowan University. I stayed in Australia for six years. I found Australia to be a melting pot of cultures, and that’s where my eyes opened: it’s not just me in my little corner in Africa and seeing as far as my nose went. Having friends from all these diverse cultures opened my mind to not wanting to be limited to just my own borders but wanting work for and with people from all sorts of backgrounds.

After my Business and HR degree, I was so homesick that I wanted to go back to Kenya. I also wanted to come back home because I thought to myself: “I want to make an impact at home."

Family that inspires and sticks together

When I came back to Kenya, my father encouraged me to do my master’s degree, which I did. That’s where I met my husband.

Previously, arranged marriages were normal. In fact, my grandfather met my grandmother when he visited a village and the girls were lined up for him. He just pointed and said: “I like this one!” They had never seen each other or talked to each other before! It didn’t happen like that for me and my husband.

He was in one of the classes that I was taking. I used to think to myself: “what an ostentatious man!” He was one of those students who always had something to say and to me sounded like a know-it-all. One of my friends said he liked me, but I wouldn’t believe her. I said: “that guy? No way!”

But it so happened that he was defending his thesis right before me. Usually, you would sit in to listen to the person before you. I went in and listened to his thesis. When he was done, instead of leaving he just sat down to listen to my thesis. That’s how we started chatting. As it turns out, my friend was right.

Now we live together, me and him and the kids. I have two boys, one is 7 and the other is 10 years old, but our door is open for the rest of the family members, too. We live in Nairobi, but nobody comes from Nairobi. People come here for work and education. Recently, my niece lived with us so she could have a better education.

My husband and I come from different parts of Kenya and we speak different languages. I come from Rift Valley, where the runners come from. More specifically, my parents originally come from a county called Elgeyo Marakwet. But, ultimately, I am Kenyan and more importantly - a global citizen.

With intermarriages like mine and in the country, tribalism plays a huge part in conflicts but increasingly, my generation identifies as Kenyans. I don’t expect my children to speak either my language or my husband’s. Most of the kids don’t speak any tribal language, they speak Kiswahili, the national language, and English.

My family has been the trigger that shaped me into who I am. I come from a very warm-hearted family where everyone comes together during any difficulties.

I have a sister who is a pilot and a brother who is in the hospitality industry. We initially were four siblings, but one, my brother Cliff, has passed away. He was the eldest sibling, I’m the one after him. There is a certain responsibility that comes with being the first born. So, by virtue of him not being around, I stepped into his shoes. This has shaped the way I view life and how my family sees my role. I have taken on more responsibilities and have basically set the example for everybody else. Cliff’s passing was so sudden, and I did not expect to have to be the “first” born: I always thought I’d have him around.

My family inspires me. My dad didn’t have an easy childhood and he had to go through a lot to get an education. The determination, courage and sacrifices my parents had to make to get my siblings and I where we are inspire me. I find a lot of inspiration from the way they live their lives and the successes they have had – especially my auntie, for succeeding at a time when not many women were very highly achieved. If I hadn’t had her example of going to different countries to make an impact and if she hadn’t asked me to come to her in Australia, I could have gone into another career less suited to my character and missed out on amazing experiences!

When I was young, I used to desire to work in corporate sector, and I did. But I quickly also realized that life is not scripted.

Prior to joining Wärtsilä, I worked for a non-profit organisation, and that shaped the way I look at things. Seeing the suffering that humankind goes through made me appreciative of where I come from.

I worked in different locations and responded to different emergencies: drought, conflict and early childhood marriages and disasters. In Yemen, for example, girls between the ages of 11 and 14 are married off to much older men. If they refuse or run away, it is considered that they brought shame to the family and they would be stoned. During conflict or disasters, women are especially affected, since with conflict comes all manner of violence against women, in some situations including rape. Then you get cases like South Sudan, where there was a huge need for basic services and the need to equip communities to take up basic methods for hygiene and sanitation.

I was based in South Sudan, when I had my first pregnancy. My husband was also working outside Kenya, he was in Rwanda at that time. But we thought it was time to start a family. Then, I got sick. At that time, there were barely any health care services in South Sudan –maybe one or two health clinics and none of them were equipped enough. I tried to find an obstetrician or a gynaecologist, but I couldn’t. I evacuated, and I thought: I have to do something else. I cannot risk my own health and the health of the baby I was carrying. After the baby was born, my search for a new adventure began.

Then, I joined Wärtsilä. I have been at the company nine years now, started as HR Manager and now working as HR business partner.

At Wärtsilä, being able to impact the lives of our team members is important. For me, the most meaningful moments are extending help to a colleague who could be having a hard time - providing space to listen to someone and ensuring we pay attention to our people.

I would consider myself a feminist. There is still a lot of work that needs to be done to change how women are perceived in my community. When I have time to return to my village, I speak to girls. I do it so they can see, I went to the same school as they did and to encourage parents to let their daughters to grow and bloom. There is success beyond the corners they live in.

When a girl gets married, there’s a dowry that is paid for girls: cows. Parents - fathers especially - take a lot of pride in how much cattle their daughters get as dowry. So, a lot of times girls aspire to be married and their dowry to be paid. I want to show them that there is more: to inspire them to have ambition and to reach for bigger than they can see and imagine at this point. We owe it to them to show that they can do it. I am where I am in life and my career because my parents made sure I got an education and through determination, not by knowing someone and they can do it as well. My purpose is to speak to girls in rural schools, where options are limited.

I know there are other people with more impactful lives than mine. But sharing my story, it is about saying: Africa is very present, and we are contributing. 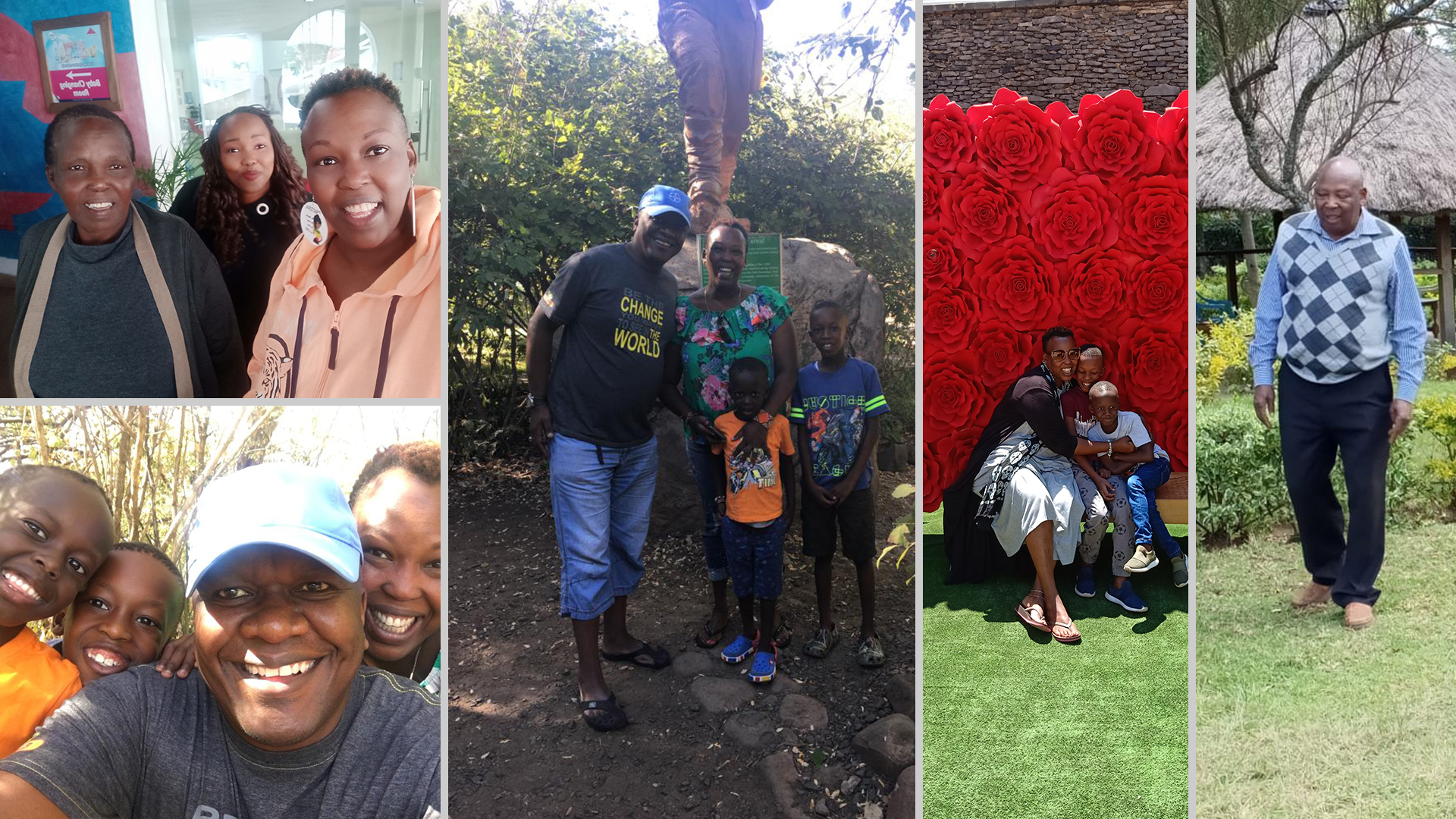 Shirley's family is a source of inspiration for her. 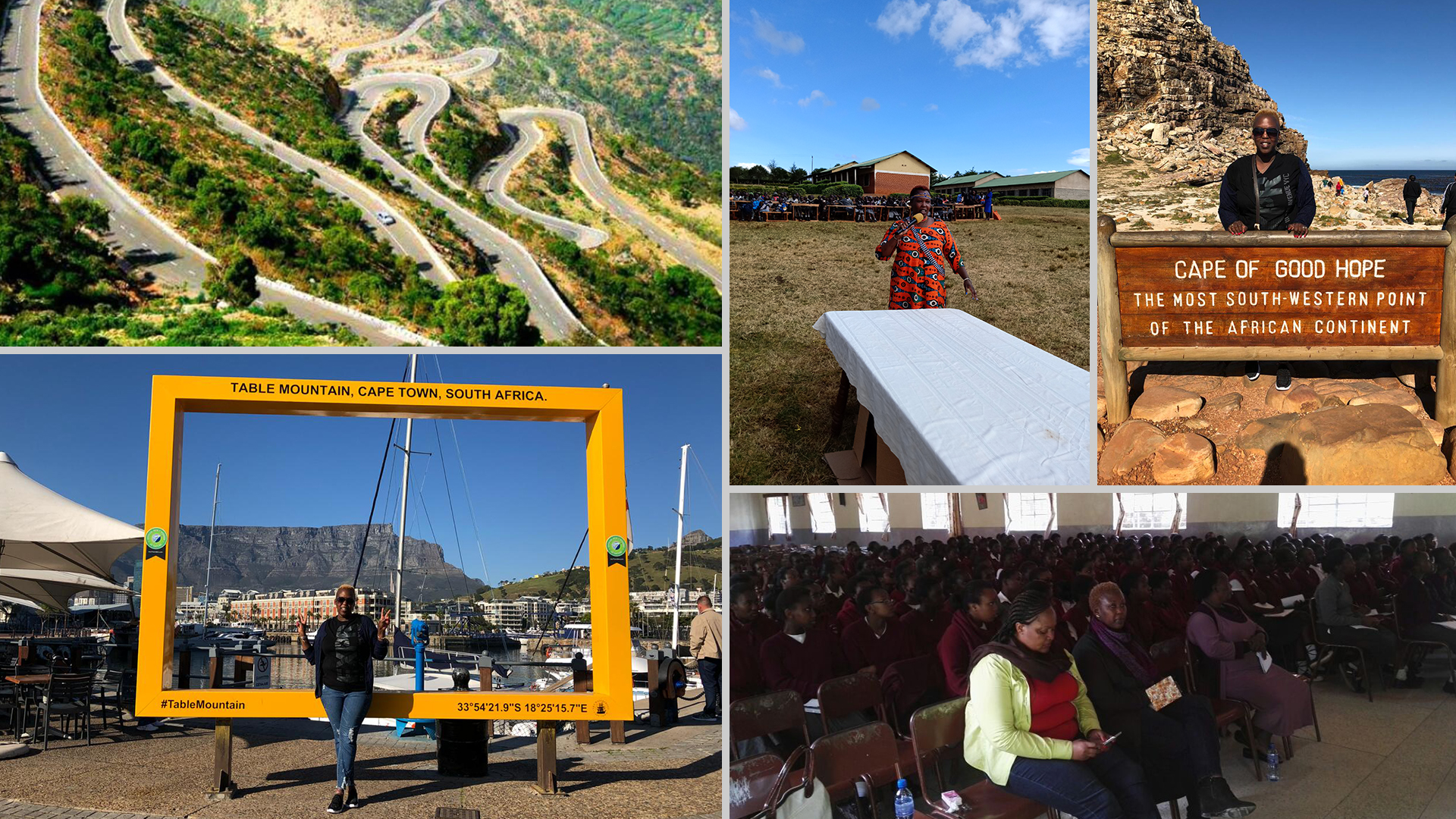 She enjoys opportunities to travel and see new places.