Operational Excellence comes with the flow

In all companies and across all departments, everyone should have the same goal: a happy customer. See how Wärtsilä is utilising Operational Excellence to serve its customers better through increased focus on flow and deeper collaboration.

In all companies and across all departments, everyone should have the same goal: a happy customer. See how Wärtsilä is utilising Operational Excellence to serve its customers better through increased focus on flow and deeper collaboration.

In large organisations, people often don’t know what’s going on in the room next to them, let alone in another office on the other side of the globe. Thus, many opportunities for mutually beneficial collaboration might be missed.

This is why Operational Excellence, also known as OE, wants people with full calendars to take a step back and look at not only what is going on, but also why – and how it could be improved.

“In a rush, people tend to do things that might not be needed at that moment, and cause multi-tasking to others,” says Wärtsilä’s Operational Excellence Director Fredrik Nordström. “This is the efficiency paradox: by hurrying we end up not being as efficient as we could be.”

Operational Excellence switches focus from resource efficiency to flow efficiency. Instead of making sure everything runs on full steam at all times, the aim is to run all operations with a purpose and get rid of unnecessary divisions or silos between business units and departments.

Most importantly: the goal must be customer-centric and shared throughout the organisation.

“With Operational Excellence, organisations move from local optimisation to optimising the whole value chain, involving not only production but the entire business,” Nordström explains. “People stop asking whose cost centre covers what and, instead, cross-collaborate to hit a common target.” 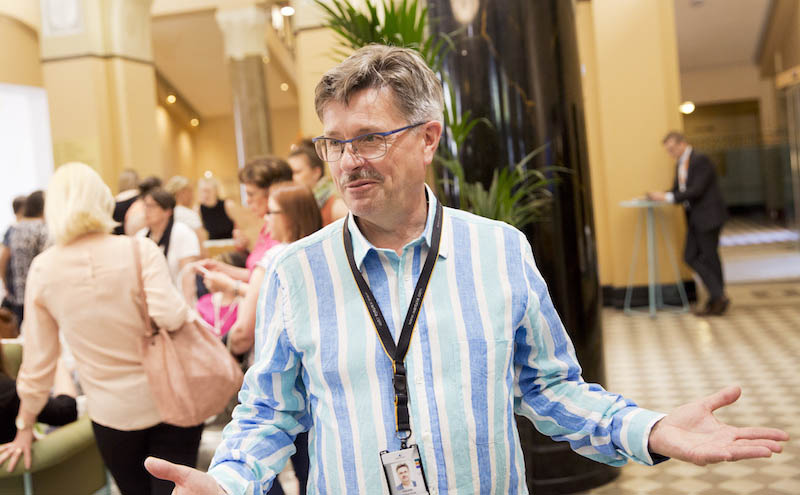 For Wärtsilä, Operational Excellence is the way forward. The initiative was kicked off over two years ago, and some of the results were presented at a two-day event in Helsinki mid-May, featuring 100 Wärtsilian OE Change Leaders.

The event also saw guest speakers give their contribution to the topic. Niklas Modig, researcher at the Center for Innovation and Operations Management at Stockholm School of Economics, pointed out that companies should be managed like cars are driven: never losing focus and continuously making adjustments to deviations on the road.

Modig’s advice is to put a camera, albeit an imaginary one, to a customer’s collar and follow their journey. Where do things slow down unnecessarily? What are the potential points of frustration?

“Metaphorically, watch the customer movie and see what is valuable and what isn’t,” Modig said after his keynote speech. “If all managers put themselves in a customer’s shoes, they’ll be able to deliver instant customer value. The importance of it cannot be overemphasised.”

At Wärtsilä, customers are at the core of the approach.

“Operational Excellence is an instrument to make Wärtsilä easier to do business with,” Nordström said in his welcoming speech. “Use your brain power to inspire and learn from each other and generate concrete actions and proposals on how we can unleash OE to make our strategy come true.” 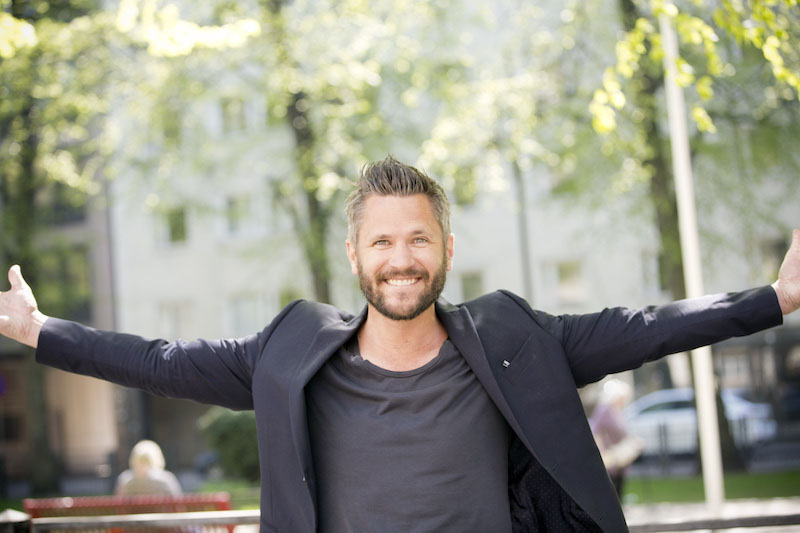 In his presentation, Niklas Modig told everyone to attach an imaginary video camera to a customer’s collar. That way it’s possible to find out what goes right in a customer’s journey – and what goes wrong.

Doing away with waste

On top of stopping amidst hurrying, implementing Operational Excellence also requires a wide perspective of the way things are. Harri Alatalo, Senior Development Manager, Operational Excellence, points out that generally speaking, losing sight of the big picture is something all large corporations are trying to tackle.

“To get a bird’s-eye view, the Change Leaders will have to pause and gain a wider image in order to think through what should be done and how,” he explains.

The same is in order for the management, including those on the highest seats. Jaakko Eskola, Wärtsilä CEO and President, has been involved in the Operational Excellence initiative from the beginning and is not at all surprised to see how excited and enthusiastic the team of Change Leaders is.

Eskola has noticed that OE has encouraged individuals and teams to share their successes and failures more openly. This helps find best practices and improve less functional practices, leading to eliminating waste.

“The process is ongoing, and I’m sure there are many ways in which we can keep on improving,” he notes. “It’s something we do every day, as there is no finish line for Operational Excellence.” 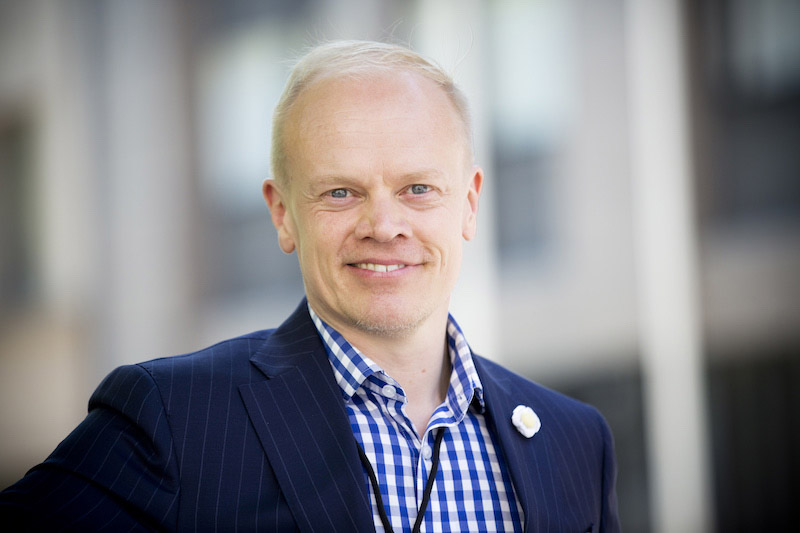 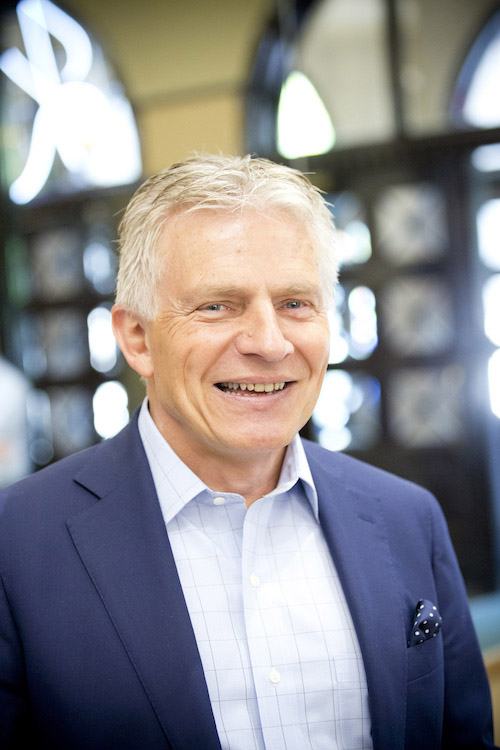 The best way to show senior management is involved in the change process is to be present. President and CEO Jaakko Eskola is looking forward to seeing where the OE road will lead. “This is an ongoing process of thinking what Wärtsilä is and how to improve it,” he says.

Bosses on the ball

In addition to things like flow efficiency, waste elimination, higher level of collaboration, and continuous improvement, Wärtsilä believes in learning from the experiences of others.

‎Head of Customer Journey at Danske Bank, Jarkko Vuorikoski, shared his insight regarding customer value at the event in Helsinki. He, too, reckons that sharing is caring.

“In many cases, one company has already done something another one is planning to do,” Vuorikoski noted. “Hence, sharing problems and ways to solve them can be beneficial, for example, between industries.”

Also speaking at the event was Vesa Pylvänäinen, ‎Executive Vice President, Operations at Vaisala. He was content with the practical examples of Operational Excellence implementations, and particularly happy to see how committed the top level is.

“Wärtsilä seems to have succeeded in getting management involved in the process, coaching and activating their teams. It is something other companies could learn from.” 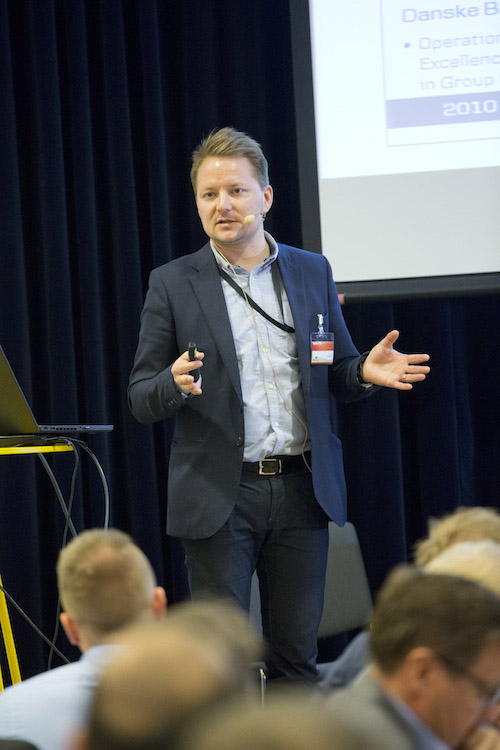 Jarkko Vuorikoski, Head of Customer Journey at Danske Bank and a guest speaker at the Unleash Operational Excellence event, emphasised the importance of looking at the customer’s perspective at all times. “What I hope people go home with is the thought of always looking at value from the customer’s point of view. When we know what the customer values the most, then we can polish the internal engine and a lot can be achieved.” 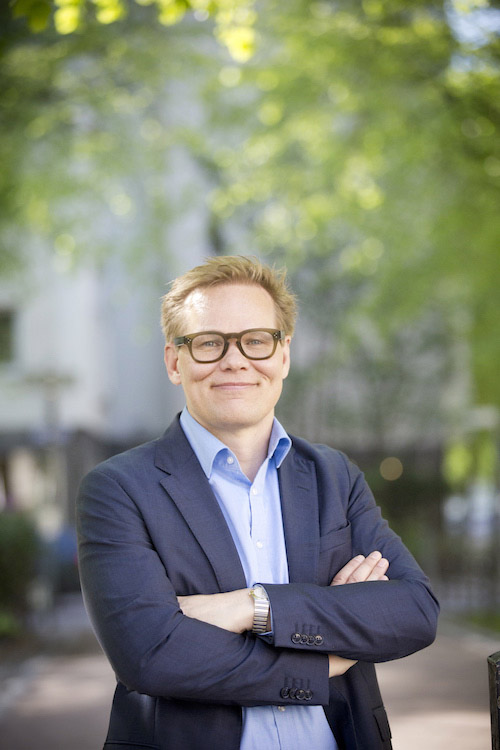 Vaisala’s Vesa Pylvänäinen gave a presentation regarding continuous improvement. He introduced Wärtsilians to an Awesome Place to Work Board Game, helping players reflect on how to contribute to systematic improvement, why commonly agreed and standardised ways of working are essential, and how to positively affect the atmosphere in the office.