Find out why a 10-year-old girl wanted to attend Wärtsilä’s Future Innovation Day in Norway. She also told us what her experience was like.

Find out why a 10-year-old girl wanted to attend Wärtsilä’s Future Innovation Day in Norway. She also told us what her experience was like.

Amara Aarseth, a 10-year-old student of the International School of Bergen (ISB), wrote to Wärtsilä asking if she could come to the Future Innovation Day.

“I wanted to come because I think engines are really exciting, and I want to be an engineer when I grow up,” she says.

Aarseth attended with her father Jaro and was surprised by the scale of the event. Around 200 customers, partners, government representatives, Wärtsilä employees and even competitors gathered to discuss the transition to a greener maritime industry.

“I didn’t expect so many people to come. It’s been a lot of fun and I’ve learned so many things.”

She made the best of her time by mingling with industry professionals to gather information for a fifth-grade presentation on reducing emissions from ships.

“Having Amara there during the day reminded us that we have a responsibility for the next generations,” he says.

“She asked detailed and challenging questions on our products and how much effort we actually put into evaluating different solutions with an environmental emphasis for each and every project we’re involved in.” 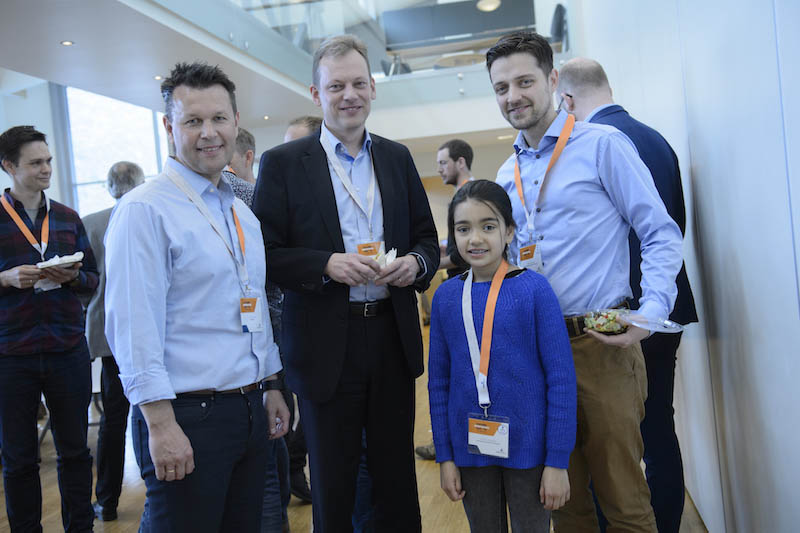 Shortage of women in engineering

It is no secret that there is a massive shortage of women, girls and members of minority groups in professions in the fields of science, technology, engineering and mathematics (STEM). Women make up 49 percent of the college-educated workforce, but only 14 percent are practicing engineers nationwide.

The need for diverse design teams isn’t about politics or equal opportunities, it’s about avoiding real-world problems. Early automobile airbags resulted in avoidable injuries to female passengers because they were designed by men for male bodies.

But perhaps times are changing. Aarseth thinks engineering is a ‘cool’ job.

“My parents used to work on ships and my dad is an engineer. I think his job is really interesting,” she says.

When asked if she’d like to be present at a future Wärtsilä Future Innovation Day when she is a professional engineer, she smiles and says, “Maybe. Anything is possible.”

An important institution for western Norway

The International School of Bergen (ISB) was founded in 1975 and is a non-profit, co-educational day school, enrolling students in pre-school through upper school. The purpose of the school is to provide an education for the children of expatriate personnel in Bergen and to attract further corporate investment in the Bergen area.

A published core belief of ISB is that a successful school celebrates similarities and differences, encourages the development of global citizens, promotes a healthy and secure learning environment, enjoys a supportive and involved community and connects with the rest of the world.

If Aarseth’s example is anything to go by, the future looks promising.