Life in a Finnish archipelago

Would you rather be at the launch of an ecological wake-up call during the hectic buzz of the SMM maritime trade fair in Hamburg or breathe fresh air in the serene environs of a UNESCO World Natural Heritage site? Marit Holmlund-Sund, General Manager, Positioning, Marketing at Wärtsilä’s Marine Business doesn’t have to choose.

Would you rather be at the launch of an ecological wake-up call during the hectic buzz of the SMM maritime trade fair in Hamburg or breathe fresh air in the serene environs of a UNESCO World Natural Heritage site? Marit Holmlund-Sund, General Manager, Positioning, Marketing at Wärtsilä’s Marine Business doesn’t have to choose.

It is a crisp and sunny pre-winter morning in Björkö island, part of the archipelago outside Vaasa, Finland. We are meeting Marit Holmlund-Sund in her home village Björköby. Our rendezvous is at the Svedjehamn fishing harbour in the heart of the Kvarken Archipelago, which was classified as Finland’s first World Natural Heritage site in the UNESCO World Heritage List in 2006. It is a unique area in which geological and biological processes and ecosystems develop over time. Two main characteristics make it unique: land uplift and De Geer moraines. 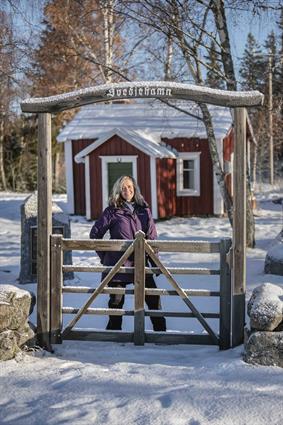 De Geer moraines, also called washboard moraines, is a blend of blocks, gravel, sand, mud and silt. The ridges are up to 5m high, 10-50m wide, and can be up to or over 1,000m long. It is formed in large groups at 40-300m intervals. It was probably formed during the last ice-age when the glacial ice was moving and wearing down the rock beneath. 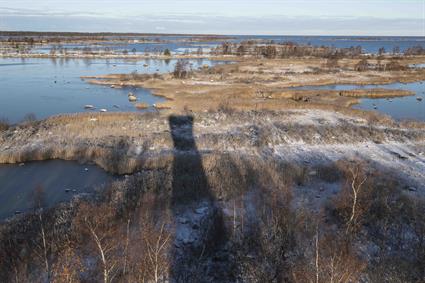 As we walk the 600-metre snow-covered hiking trail from Svedjehamn to the tar-coloured wooden observation tower Saltkaret, Holmlund-Sund explains that the land uplift is 8mm annually, creating about a square kilometre of new land every year, which corresponds to some 150 football pitches. 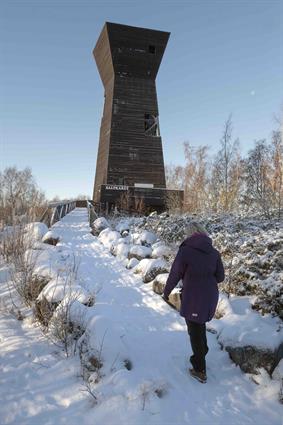 “When I was a kid there were places where we used to go by boat that are completely dry today and, it is said that in about 2,500 years’ time we will have a permanent land connection with the Swedish mainland,” she says.

The land uplift began 20,000 years ago as part of deglaciation. First the rebound rate was up to 100mm per year (10m in 100 years). Today the rate is 8mm annually. Land uplift exposes new land but also creates practical problems. For example, the old 13th century harbour of Vaasa is today 10km inland from the present harbour founded in 1890. The present 8mm rebound rate will create a permanent gateway over the Kvarken in about 2,500 years.

Since 1996, Holmlund-Sund has worked at Wärtsilä, covering various positions within marketing, communications and branding.

Her work has taken her to events all over the world and mostly to Asia. There are times of frequent travelling. “Afterwards, I find it a true luxury to have a place such as Björkö where I can return,” she says. “Here you have space to breathe. The things that attract me and keep me here are the calmness, fresh air and closeness to nature. The sea breeze carries all my troubles away.” 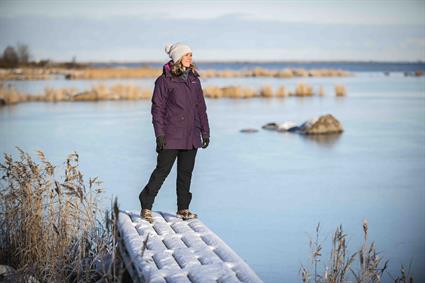 Holmlund-Sund, her husband and two children (an 18-year-old son and a 17-year-old daughter) are fans of outdoor life, which is also why she enjoys living there. “Working out at a gym is okay now and then, but nothing beats going outside – skiing, biking, long-distance skating or canoeing,” she adds as we admire the sunny views of the washboard moraines from the top of the observation tower. “It gives you a special connection to nature, besides getting fresh air and fit.” 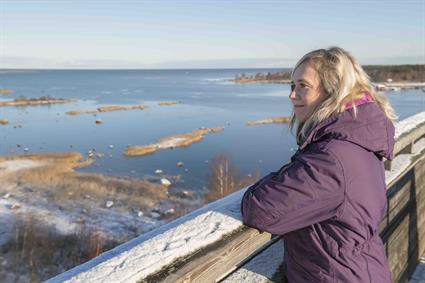 At this year’s SMM trade fair, Wärtsilä launched a thought leadership initiative called ‘An Oceanic Awakening’ to put focus on our oceans. For Holmlund-Sund, who lives in a UNESCO World Heritage site, protecting and preserving nature goes without saying.

Wärtsilä also helps keep the archipelago clean as it is one of the main partners of the Keep the Archipelago Tidy Association, which, among other things, also operates the service vessel M/S Roope-Botnia that sails to the archipelago on set dates collecting hazardous electrical and metal waste, free of charge. 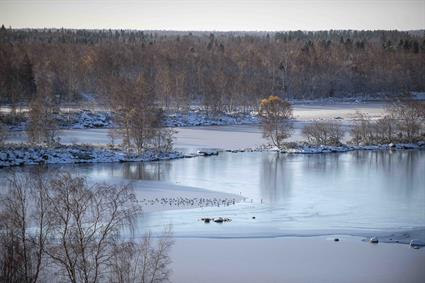 Holmlund-Sund’s home village, Björköby, with its approximately 400 permanent inhabitants, has seen positive development as well as a discontinuation of local services. The village no longer has its own bank, post office, school and shops – common among many small villages in the Finnish countryside. Teenagers today think it is too quiet and want to go to the city.

“Nevertheless, after getting the bridge things have become much more convenient,” she explains. For 21 years, there has been a bridge connecting the island with the mainland. At 1,045 metres, the Replot bridge is the longest in Finland. “Before we had the bridge, you would sometimes come to the harbour only to see that the ferry had already left for the other side two minutes earlier. Then you just had to wait, even if you were in a hurry,” adds Marit. 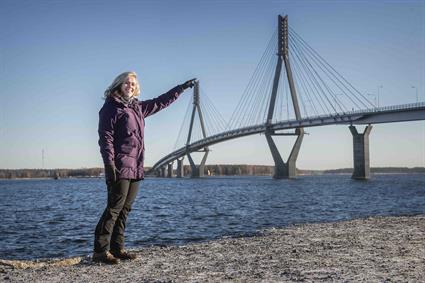 The Replot bridge connects the island of Replot with the mainland in Korsholm, near Vaasa, Finland.

Commuting is not as smooth in all Finnish archipelagos. For instance, the south-western part of Finland comprises about 25,000 islands, islets and skerries. Here, the inhabitants on these islands are dependent on the state-owned waterways operated by inter-island ferries or commuter ferries. Although there are dozens of them, proper planning is required if you live on an island in the outer archipelago, especially during the winter season when the sea can freeze, which affects the ferry connections. Some of these islands got electricity only in the beginning of the 1990s.

The World Heritage status for the Kvarken means that the archipelago also gets a steady stream of tourists from all over the world, which has been good for the local companies that serve them.

The locals who live in this unique and stunning area tend to develop a blindness to the value and beauty. “The moraines help to create a unique nature and sea here, there is no denying that. But there are also lots of rocks in the water, and many propellers have been destroyed,” says Holmlund-Sund highlighting the two sides of the same coin. 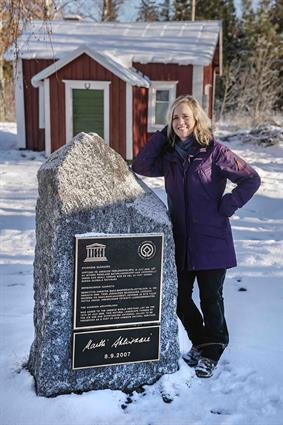