Company
Home
Insights
Latin America: The power of one

Latin America: The power of one

United we stand, divided we fall. That seems to be the new mantra taking Latin America’s energy market by storm. It is commonly believed that integrating the region’s energy market will make it stronger to weather future shocks. But is it a good idea? Twentyfour7. investigates.

The energy market landscape in Latin America has changed dramatically in the past few years. Large countries like Brazil, Mexico, Chile and Argentina have restructured their energy markets as they have faced severe power deficits. Soon, they pushed aggressively for reforms, opened up their energy sectors, built renewable energy capacities to reduce their dependence on fossil fuels and made a serious effort to lower their carbon footprint.

The result is for everyone to see. Today, Latin America is amongst the world’s fastest-growing renewable energy markets. According to the International Renewable Energy Agency (IRENA), the region already produces more than 200 GW or 56% of its total power from renewable sources like wind, solar and hydropower.

Despite that, Latin America is reportedly on the path to increase energy generation from fossil fuels, especially natural gas, while modestly expanding renewable energy’s contribution to 70% by 2030. An Inter-American Development Bank report says that if the region increases renewables to 80% in its energy matrix and expands cross-border connections, Latin American countries could save billions of dollars in investments, avoid blackouts and reduce their greenhouse gas emissions

For instance, Brazil’s significant wind energy potential at night could be linked with Bolivia’s, Peru’s and Chile’s solar energy potential in the day to create a continuous supply of electricity.

“There are some discussions concerning an integrated grid over South America. The idea is interesting but not simple to implement. Any such partnership will have to address issues related to peak services to the grid in response to instantaneous load variation and have assured short-term demand due to the intermittent renewable sources of energy,” explains Jorge Alcaide, Regional Director, Wärtsilä Brazil.

Over the past few years there has been a serious debate on energy integration in Latin America driven by crises such a rising fuel prices, economic instability and incidents like El Niño*. According to a 2016 World Bank study on renewing economic integration in Latin America, “beyond the benefits from economies of scale, regional integration of electricity markets can also increase the stability of the grid by allowing countries to diversify their energy sources and achieve energy security.” But integration among such large and varied nations is easier said than done. There are cross-border pricing challenges related to energy security. Even if the region can overcome these challenges, there are technical issues to consider. 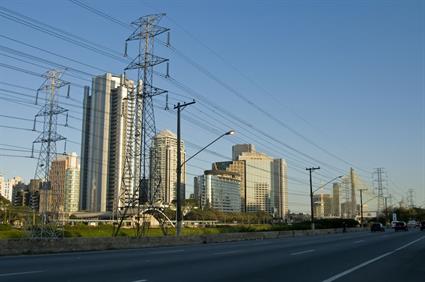 By betting on renewables, Latin American countries could save billions of dollars in investments, avoid blackouts and reduce their greenhouse gas emissions.

“While there are large interconnected networks around the world, they seldom transfer massive amounts of power from one end of the network to the other,” says Sampo Suvisaari, Regional Director, Latin America North and the Caribbean, Wärtsilä Energy Solutions. “Building sufficient transmission capacity is very expensive, and to move energy over very long distances causes inevitable losses as well. The distance from Bolivia and Peru to the major coastal consumption points in Brazil is about 3000 km – a very long distance for transmission lines. It is usually more feasible to build closer to where energy is consumed.”

There is merit in that argument because this is not the first time the region has attempted energy integration. Take, for instance, the case of the Machala Zorritos power line between Ecuador and Peru. Inaugurated in 2004, the project reportedly remained inactive for many years on account of technical issues and inability to negotiate commercial agreements. 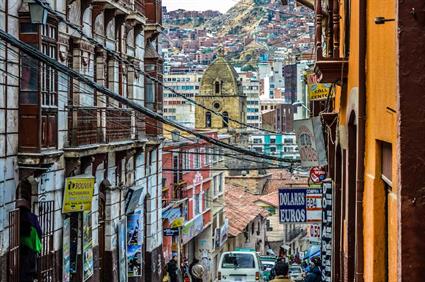 Despite this experience, Latin America has already begun its journey towards energy integration, albeit in small ways. According to the World Bank study, “In South America, work is proceeding on the Andean Electric Interconnection system, a project backed by the Inter-American Development Bank (IDB), to connect the electric grids of Bolivia, Chile, Colombia, Ecuador and Peru. Countries in Mercosur** have begun to integrate electricity and energy markets, mainly through bi-national agreements and private activities. Much of the regional electric trade comes from the fact that Argentina, Brazil, Paraguay and Uruguay share several large hydroelectric dams; but there are also important natural gas pipeline connections between Bolivia and Brazil and Argentina and Chile, as well as power line connections between northern Argentina and Brazil.”

It’s not easy for most utilities players to swiftly adapt to this changing scenario. Wärtsilä is an exception.

“Flexible, fast, and efficient capacity is key for the region to succeed,” explains Alberto Fernandez, Managing Director, Wärtsilä Argentina. “On the thermal side, modelling de­monstrates that only ultra-fast ramping, starting and stopping plants are best prepared to balance the variability of renewables. Storage will play a growing role in power quality. Soon we will also be able to serve our customers with massive stored energy movement within convenient moments during the day based on demand.”

There is no doubt that technology will be an important driver going forward. Power plants will have to strike the right balance between storage, thermal energy generation and renewables that are intermittent in nature. With electricity demand in the region expected to rise more than 70% by 2030, regional integration could play an important role in increasing efficiencies and bringing down tariffs. But that is still a matter of debate.