Project KivuWatt uses methane gas trapped under heavy water in Lake Kivu to produce electricity. Find out what this means for Rwanda.

The engines revved. Jarmo Gummerus had waited for over a decade to hear this sound. It marked the beginning of the much-awaited KivuWatt project, located at Lake Kivu (a.k.a. “the killer lake”) in Kibuye, Rwanda. Gummerus, Country Manager with U.S. energy firm ContourGlobal, has seen this project grow from an idea to a full-fledged operation.

The USD 200 million project, owned by ContourGlobal and executed in cooperation with Wärtsilä, is expected to add 26 MW of generating capacity in its first phase (ongoing now) and eventually scale up to 100 MW in the coming years. In a developed country, the current 25 MW would provide enough energy for 45,000 people. But in largely rural Rwanda, it is already enough to radically transform livelihoods.

A quick look at Rwanda’s power scenario will tell you why this project could mean big change for the country. Almost 80% of Rwanda’s 12 million people lack a connection to the electricity grid. The ones who have access to power pay a high price for it because nearly a third of the country’s power is generated using imported diesel and heavy fuel oil that arrive (by truck) from Kenya and Tanzania. According to the World Bank, Rwandan companies pay an average of USD 24 cents per kilowatt-hour, compared with 15 cents in Kenya and 17 cents in Uganda. The average industrial user in the United States pays less than seven cents.

This gap can be bridged if power is generated within the country using available resources. Take the case of Lake Kivu, which has high concentrations of methane and carbon dioxide gases trapped under heavy water. If left untapped, the rising methane levels could eventually cause the lake to explode (known as lake overturn or limnic eruption), with disastrous implications for people living in the surrounding areas and the whole environment.

“It’s like a soda bottle. You tap it when the pressure in the cap is higher than the pressure of the gas, which stays in the bottom, and you cap it. But if you keep adding the gas, it’ll blow up the cap,” says Gummerus, using an analogy.

Project KivuWatt aims to extract the toxic methane gas from the depths of the lake to produce electricity. It not only spells economic benefits but also maintains ecological balance. “By taking out the methane, we are reducing the gas pressure and making the lake safer,” says Gummerus. This is valuable given the lake’s unusual yet unique geochemistry. 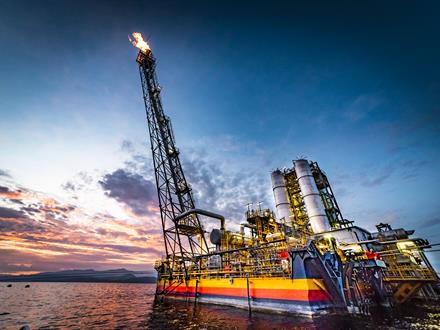 Wondering how it is done? Gummerus explains the process adopted by ContourGlobal, which is in charge of the gas extraction. First, water is drawn from 350 metres below the surface by a special 3000-tonne barge anchored 13 kilometres from Lake Kivu’s shoreline. Then, as the water rises and gases bubble out, it is channelled through a subsurface horizontal chamber, called a separator. From there, the gas is siphoned off for cleaning while the degassed water is injected back into the lake to maintain the ecosystem. The end product, a gas comprising roughly 85% methane is then pressurised and sent to a power plant, run by Wärtsilä, onshore.

“The gas engine we have can burn methane,” says Ulf Strandback, Senior Project Manager, Wärtsilä. “What’s special is, here we have CO2 also, and the mix of methane and CO2 and how low we can go on the methane percentage is where our engine excels. We have our own lab and can test mixes of gases,” Strandback explains.

“For Wärtsilä, it’s almost like an ordinary gas power plant, but the quality of the gas is our responsibility,” Gummerus points out. He acknowledges the limitations in their pipelines, though. “It’s a 13.5-km pipeline from the production part to the power plant. That pipe has been designed for 85% methane. So if our methane concentration is 80%, we need to feed them with 10% more gas to make sure the power plant reaches full production capacity,” he says.

Wärtsilä 34SG engines are optimised to run on Lake Kivu’s gas mixes that have a lower heating value than normal natural gas. This has helped scale down the size of the extracting barge and reduce the costs of producing electricity.

“The automatic adjustment of their engines is unique,” continues Gummerus. “You just set up the power you want to get from the engines, and the engines adjust themselves depending on gas quality,” he says in awe. 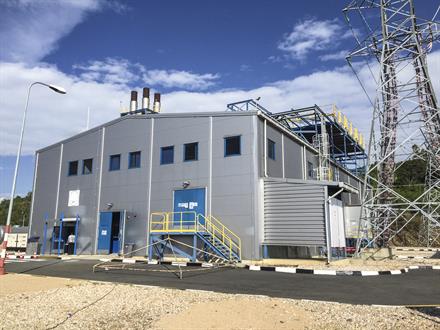 But designing a system to exploit the energy potential of methane while stabilising the lake and protecting the environment was no child’s play. It took many years of hard work and planning, particularly since there was no point of reference from the past.

“In the oil and gas industry, there was already an application in use that could separate gas and oil from each other, but there was none to separate water and gas,” Gummerus points out.

“We had to rely purely on computer simulations,” he recalls. “Given the viscosities of water and gases, there was a lot of guesswork because the water was not clean water. In the design stage we didn’t have very accurate information about the kind of water at 350 metres. We knew about gas concentrations, but there was no experience about how these factors affect computer simulations,” he adds.

Corrosion was another factor the team had to consider. Since the water was very acidic, they had to look at how materials used to reach the lake’s depths would react. After several permutations, a system was put in place. But the teams working on the project have to stay alert at all times to make sure no slips affect the ecology in any way.

“We need to be very sure that we are not bringing any water or gas to the surface, because water from that depth is full of nutrition. If there’s any water coming to the surface, it would pollute the lake because it would boost the plankton growth,” warns Gummerus. He adds that they also have water safety systems in place to spot any gas leak in the process.

The idea is to leave no footprint behind since Project KivuWatt’s environmental-friendliness is one of its key strengths. 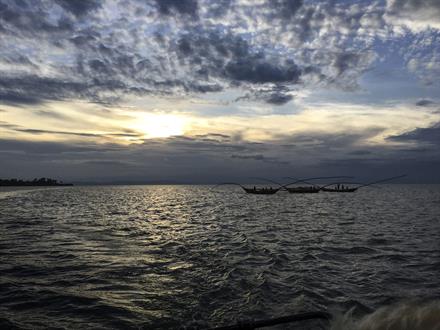 The future of renewable energy in Rwanda

But both Gummerus and Strandback believe the end result is worth all the effort. After all, their cooperation has worked wonders for the project. “Wärtsilä introduced the project to Contour Global about 9 years ago, so in a way, we consider Wärtsilä as the godfather to our baby,” says Gummerus, giving the credit where it’s due.

“The fact that we can be part of the project to utilise hazardous gas and convert it into energy is great,” acknowledges Strandback.

KivuWatt is now moving to the next phase to add additional gas extraction and power plant capacity in the coming years. The future looks promising both for the project and for the people of Rwanda, where widespread access to renewable energy is highly likely.

Meanwhile, Gummerus is glad he recorded a video of the engines revving and the first signs of smoke, or the lack of it, since the gas was very clean. It’s a memory and milestone worth capturing.