The world is full of ambitious grassroots movements that work hard to make our planet cleaner and better for future generations. But raising awareness and achieving tangible results are two different things. How can movements make an impact?

The world is full of ambitious grassroots movements that work hard to make our planet cleaner and better for future generations. But raising awareness and achieving tangible results are two different things. How can movements make an impact?

Many environmental action groups start out as small initiatives or gatherings. A few of them then go on to become big movements with followers around the world. While many of these are effective in raising awareness about environmental issues, it is harder to determine the impact they actually have on removing ocean plastic or reducing carbon emissions, for example. What then is the best way for grassroots organisations to have tangible results on the issues they care about?

In some cases, grassroots movements and initiatives find success thanks to partnerships with governments or corporations. Veganuary, a non-profit organisation that works to raise awareness about the benefits of a veganism for people, animals and the environment, encourages participants worldwide to try a vegan diet for the month of January and beyond, started in 2014. In 2021, close to 600,000 people signed the pledge to go vegan for a month or more. Toni Vernelli, International Head of Communications & Marketing at Veganuary, explains that 2021 marked the first time there was an effective sponsorship programme in place, and that was certainly one of the reasons for the campaign’s success this year.

“Our sponsors really took it on board, it wasn't just a case of them giving us money. Fry’s Food did their own massive Veganuary push in Africa, where they are based. Cauldron in the UK had their own activation with their own press releases. We had at least two of our sponsors do their own TV ads. Booking TV ads in the UK is something we could never afford to do, but it got our name right there on the screen in front of people!” Vernelli says.

Seabin Project has also benefited from partnerships. Seabin began in 2014 with the goal of producing an innovative device for collecting ocean waste. In 2016, the founders launched a crowdfunding campaign and raised USD 360,000 to develop the first device. Soon after, the project acquired its first industrial partners, who helped shepherd the device into production.

Today, Seabin is more than just a producer of a container that collects trash from marinas and ports. It is also a foundation that seeks to provide knowledge, tools and capabilities to help decision makers of the future improve the health of the oceans. Among other programs, it offers solutions-based learning curriculums to teach children about reducing the waste entering waterways and oceans.

“What started out as a garbage can has evolved into a global mission focused on data and behavioural change,” says Pete Ceglinski, CEO and co-founder of Seabin Project. “The challenge isn’t really plastic pollution; it’s human behaviour.”

Seabin Foundation works with sponsors including Discovery Channel and Patagonia. Wärtsilä, a Global Pilot Partner of Seabin since 2017, donates Seabins to different marinas around the world. To date, there have been more than 1,000 bins installed worldwide, 40 of which have been donated by Wärtsilä. According to the project’s estimates, some 1.7 million kilograms of trash has been captured. 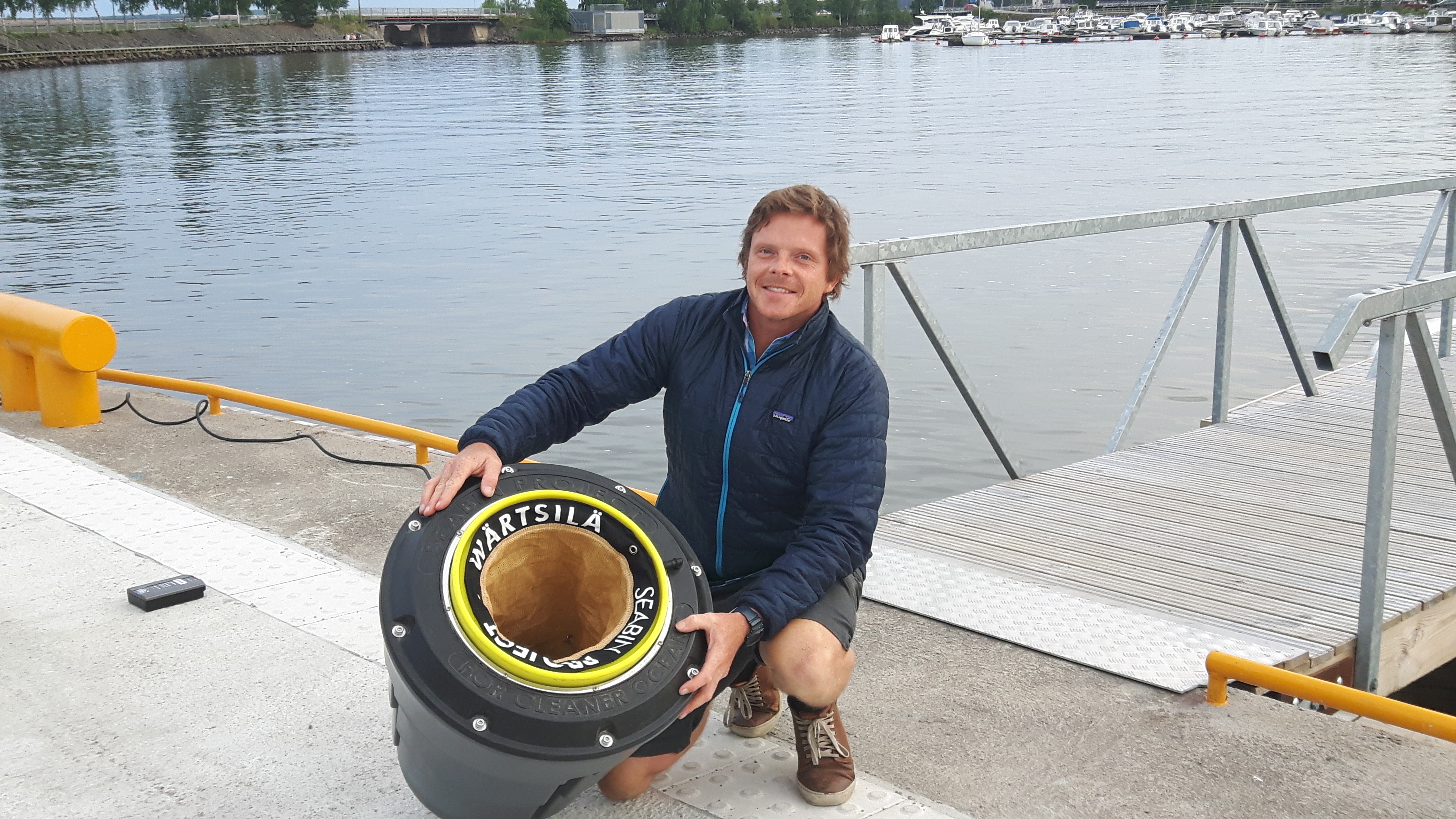 As the examples of Veganuary and Seabin indicate, sponsors and partners are critical to scaling up, but it is important that grassroots movements approach sponsorships and partnerships strategically, says Tamara Steger, an associate professor specialising in Environmental Movements at the Central European University.

“Some initiatives or movements can be all out against or conflicted about external or corporate support, while others may be amenable depending on the source and its standing vis-a-vis environmental sustainability and other issues such as human rights" Steger says. “For example, companies can have mixed profiles when it comes to a number of important issues, ranging from environmental measures to human rights, transparency and labour issues, that may be acceptable to some initiatives while others not. Corporate support can be offered and rejected or accepted for varied and multiple reasons and this can impact a movement in various ways."

This is the case with Veganuary. As Vernelli explains, the campaign is very specific about choosing sponsors.

“Companies have to be vegan in order to become a sponsor, or at least have a commitment to go completely vegan in a set period of time. We're selective in what types of products they sell. We don't want six fake meat brands because we want our sponsors to be useful for our participants,” she adds.

Ceglinski from Seabin agrees that collaborating is important for scaling up but notes that organisations just starting out have to be careful to avoid partnering with companies who don’t share their values.

“We use a strategy of co-existing and collaborating to fast-track solutions, but it’s important to note that we have said no to a select few, and we are very careful about greenwashing,” Ceglinski says.

How do movements that are just starting out go about finding sponsors? Increasingly, Steger explains, there are global networks that local efforts can tap into, as in the case of climate movements such as Food and Water Watch, the anti-fracking movement, or Occupy. Once an initiative gains momentum and press coverage, partners and sponsors tend to respond and may make contact.

Ron Israel, Executive Director of The Global Citizens’ Initiative and co-founder of Climate Scorecard, suggests that movements can also build different kinds of partnerships, ranging from technical partnerships that facilitate an exchange of information (such as sharing articles on social media) to partnerships where the brands agree to a mutual promotion on websites to increase visibility. In addition to corporate sponsorships, Israel recommends that movements pursue different funding strategies, for example grants, social media advertising or crowdfunding sites.

However, all the sponsorship money in the world won’t help generate momentum if organisations do not have clear motivations and goals.

“For me, the starting point is being very, very focused in what you do. The more subjects you work on and different campaigns you have going, the harder it is to get tangible results,” says Veganuary’s Vernelli. “With Veganuary, we're very focused. We ask people to do one thing and sign up to our 31-day pledge. All of our effort goes into that one result.”

Vernelli adds that having a measurable goal is also important for assessing impact. “That way, the results are very strong and become tangible very quickly,” she says. Last year, 64% of Veganuary participants successfully completed the month.

Steger agrees: the goal needs to be clear, tangible, compelling and resonant. She explains that an "eye on the prize" attitude will help prevent the kind of internal differences that can splinter growing movements.

This focus on the bigger picture, she adds, can also help recruit more members for grassroots initiatives, which are predominantly voluntary. What many successful movements share is the kind of message that can hold together a core committed group of mutually supportive leaders while also inspiring new members to join in and donate their time as well as their money.