Company
Home
Insights
Finding the words to share the goods

Sharing information and expertise with colleagues enables getting innovative together; but what happens when language stands between an idea and its implementation? Here’s a peek into different ways of making sure knowledge doesn’t get lost in translation.

A Finn, a Briton, and a Pakistani walk into a room. Who talks first?

Depends a lot on what language they’re supposed to communicate in, says Fahran Ahmad, associate researcher at Åbo Akademi. People tend to be more vocal in a language they’re in full command of and, correspondingly, remain silent if they’re not confident about their proficiency.

“Feeling uncomfortable in the language that’s being spoken has a big negative effect on the extent and depth of knowledge sharing,” Ahmad explains.

Ahmad has studied knowledge sharing in a non-native language in multinational corporations, using data collected from interviews with Wärtsilians. By knowledge sharing, he refers to the exchange of information and expertise amongst employees, helping them use existing and develop new knowledge within the organisation. Research shows that the collaboration between people significantly improves a company’s competitiveness.

Co-operation means that there’s no need to keep on re-inventing the wheel. On top of this, it provides multi-professional approaches, as teams and units get in talks with each other.

“Knowledge sharing not only saves time but also is the most important component of innovation,” Ahmad notes. “The innovative process begins when people engage in exchanging information and ideas, and see different possibilities.” 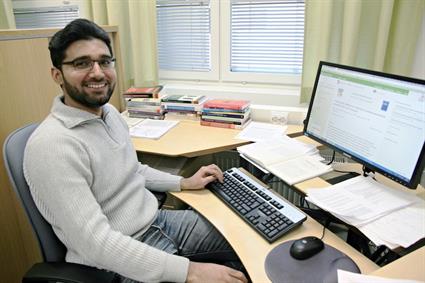 Fahran Ahmad is an associate researcher at Åbo Akademi.

At Wärtsilä, an example of a knowledge sharing process is the Operational Excellence initiative, which was launched three years ago. Operational Excellence Director Fredrik Nordström says that the key goal of the concept is to develop and identify best practices across units and functions, and record and implement them across the organisation.

However, as Wärtsilä, as well as other similar companies, grow more and more global all the time, they also have an increasing number of nationalities and cultural backgrounds in their workforce and customer base. Currently, there are over 130 different nationalities and over 40 languages amongst Wärtsilians; to enable collective knowledge sharing, this needs to be taken into account.

Ahmad points out that language differences can also lead to clustering and exclusion, if the issue isn’t properly addressed. For example, employees have a tendency to seek advice from those who belong to the same speech community as themselves. In some cases, a piece of information might not reach everyone if it is only shared in a language they don’t speak.

One way to deal with multiple languages is having one official language in the organisation. At Wärtsilä, including its Operational Excellence events, it is English.

According to Nordström, English is kept simple by avoiding acronyms and ensuring consistency in terminology. Training sessions and materials are also prepared with various kinds of learners in mind, so that everyone can choose a way that suits them best.

“For example, some people learn by reading and some are visual,” Nordström says. “We also offer opportunities for hands-on practising.” 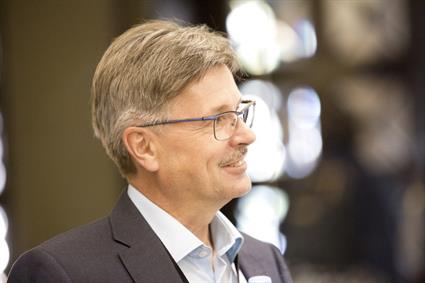 The benefits of a multicultural organisation, ranging from the diversity of perspectives to the ability to serve international clients, clearly outweigh the drawbacks. Ahmad introduces three ways to tackle language barriers: adjustments in discourse, language, and media.

“It’s important to remember that when speaking in a second language, cultural and contextual assumptions don’t exist,” Ahmad explains. “For example, Finns are pretty straight to the point, whereas in some other cultures the message would need to be somewhat softened.”

Adjusting language refers to methods such as simplifying vocabulary, toning down accents, and doing away with too many idioms or other expressions that require native-level knowledge. Media adjustments make the information available in a variety of formats; for example, some might understand written English much better than spoken, or prefer giving their comments in speech rather than writing.

Ahmad accentuates that it is also a company’s responsibility to make sure some employees aren’t excluded for language reasons. Although there are situations in which speaking a minority language can be effective, for example if a problem needs to be solved rapidly, but in general it should be avoided.

“Employers can encourage people to interact across language barriers and educate staff to reflect on their language practices, particularly if clustering is taking place.”

Language clustering isn’t always deliberate. Ahmad comforts those who occasionally find themselves relying on their most comfortable language by saying that it’s often unplanned and doesn’t exhibit ill will.

“The most important thing is to understand and recognise different levels of language and never overwhelm or dominate someone with one’s own competency,” he tells.

At Wärtsilä, face-to-face events and workshops are used to bring people together and boost Operational Excellence. Nordström has been happy to notice how OE Change Leaders from all over the world are taking ideas on board and spreading them in their own offices and across teams.

“It’s not enough to just share information, but to actually practise and apply it to bring about development,” he says. “Otherwise, it’s just something that’s nice to know and not much else.”