Energy dynamics in Indonesia and Malaysia

The Southeast Asian energy market stands at a precipice. The International Energy Agency (IEA) estimates energy demand here will grow by 80% to 1100 Million Tonnes of Oil Equivalent (Mtoe) by 2040. This is a matter of concern for Indonesia and Malaysia – two of the largest economies that are driving energy consumption in the region.

At 30 million, Malaysia has a much smaller population than neighbouring Indonesia which has a population of 250 million. In spite of that, it is the third-largest economy in Southeast Asia and the third largest energy consumer in the region with energy requirements growing at an average rate of 2.2% every year.

Likewise, Indonesia is one of the success stories of the region, quickly recovering from the Asian Financial Crisis to become the largest economy in Southeast Asia and a member of the G20. A report by Transparency Market Research indicates that Indonesia’s electricity demands will more than double to 442.5 Terawatt hours (TWh) by 2022.

“10-15% of global energy demand currently comes from Southeast Asia, where Indonesia and Malaysia are the main drivers and is projected to continue to increase in the future,” says Almo Pradana, Energy Manager – Indonesia at the World Resources Institute (WRI). “However, both Indonesia and Malaysia are experiencing a dramatic slowdown in oil exploration, especially in Indonesia (a major oil importer) where oil productions in old oil fields are already long declining,” he adds.

Both countries are heavily dependent on fossil fuels and that is not going to change any time soon. This may not have been a major problem if both countries were not relying on antiquated grid supply systems, ageing infrastructure and obsolete technology, all of which cause inefficiencies in power generation and transmission. Both governments have plans to fix the problem. Indonesia aims to add 35 Gigawatts (GW) to its installed capacity by 2019. But there are hurdles that need to be overcome.

“Land access, regulatory challenges, difficulty in obtaining funding, and increasing private sector participation are some of the persistent challenges,” says Noor Miza Muhamad Razali, an energy analyst at the IEA. “The plants’ operators should also look at options to upgrade plant equipment as necessary if this can translate to efficiency improvement,” she adds.

There is also the fact that most energy reserves in the form of oil and natural gas are located in areas far away from domestic demand markets. This means that the bulk of these fuels are exported, especially to fast-growing economies like India and China which lie closer to resource production centres.  For instance, Malaysia exports about 34 Billion Cubic Metres (BCM) of natural gas every year, about half of its total product, making it the world’s second-largest gas exporter. Similarly, Indonesia is the largest coal exporter globally, producing about 90% of the total regional output. While this has ensured growth for Malaysia and Indonesia’s domestic economies, it also means that they are vulnerable to market fluctuations.

In the case of coal, major importers like India and China have initiated policies to switch over to cleaner fuels, which could see demand dipping in the long run. The fall in global oil prices has had an impact as well. And then there is the challenge of subsidies. Both Indonesia and Malaysia have extensive subsidy schemes in place to provide energy at low prices to domestic consumers. While this is a by-product of a time when both countries were net exporters of oil and gas than net importers, it has now begun to place a heavy burden on the economies of both countries especially as international demand rises.

The good news is that both the countries are taking efforts to address these issues. 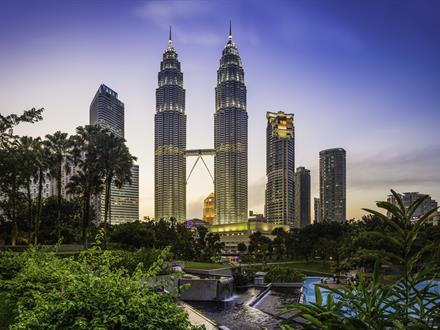 Are alternative energy sources the answer?

The key to securing the long-term energy requirements depends a lot on the development of renewable energy sources. Thanks to its location, both countries have significant advantages in doing this. For instance, geothermal power is a great option for Indonesia to consider due to the volcanic nature of its archipelago. The IEA estimates the total potential of geothermal power at 28 GW, which is around 40% of the world's geothermal potential. Wind power is another option that Indonesia is considering, with a target of installing 970 MW of wind capacity by 2025. Meanwhile, Malaysia has committed to double the share of renewables in its overall energy mix with the government set on increasing the capacity of renewables to 2080 MW by 2020 and 4000 MW by 2030.

Switching over to newer technologies will also enable power plants to produce more energy while consuming the same amount of fuels. The resulting energy will be cleaner, with modern equipment cutting down on emissions and waste to a large extent.

Energy experts say the challenges facing both Indonesia and Malaysia can be overcome to a large extent by upgrading existing transmission and generation systems.

“Transmission and distribution grid need to be expanded and upgraded to transfer renewable energy out to local demand centre or across long distances,” says Florian Kitt, Programme Manager – Southeast Asia at the IEA.

Given the similarities in their challenges and opportunities, both Indonesia and Malaysia can learn from each other in their quest to achieve energy independence and security. Collaborating on tapping renewable energy sources is one way the two countries can secure energy for their domestic needs while emerging as net exporters of renewable energy.