Leading Norwegian politician Atle Hamar talks to Wärtsilä about the role his Government can play in Norway’s future maritime industry.

Leading Norwegian politician Atle Hamar talks to Wärtsilä about the role his Government can play in Norway’s future maritime industry.

With Norway’s famous fjords becoming zero-emission zones by 2026, the Scandinavian country will lead the world in the push towards a greener maritime industry with its government as a keen backer.

Atle Hamar currently serves as State Secretary for the Norwegian Ministry of the Environment. He gave a speech titled ‘Heading for the Century of the Oceans – governance towards a greener maritime industry’, at the Wärtsilä Future Innovation Day in Stord, Norway.

The one-day event brought together politicians with Wärtsilä’s customers, partners, employees and even competitors following the milestone IMO agreement to cut carbon emissions by a minimum of 50% by 2050, compared with 2008 levels.

Hamar says that Norway was a leading player in setting the ambitious goals. “It’s a well-known fact that much of Norway’s modern wealth is built on oil and gas from the North Sea, but historically our economy was built on the oceans in the form of shipping and fisheries. It’s clear that it will be that way again, so the maritime sector is of great importance to the Government,” he says.

Hamar also believes the time is now for governments to get involved. “A ship engaged in international trade operates for 25 years before its recycled, so every single investment decision taken today will have implications for climate change well into the future,” he says. 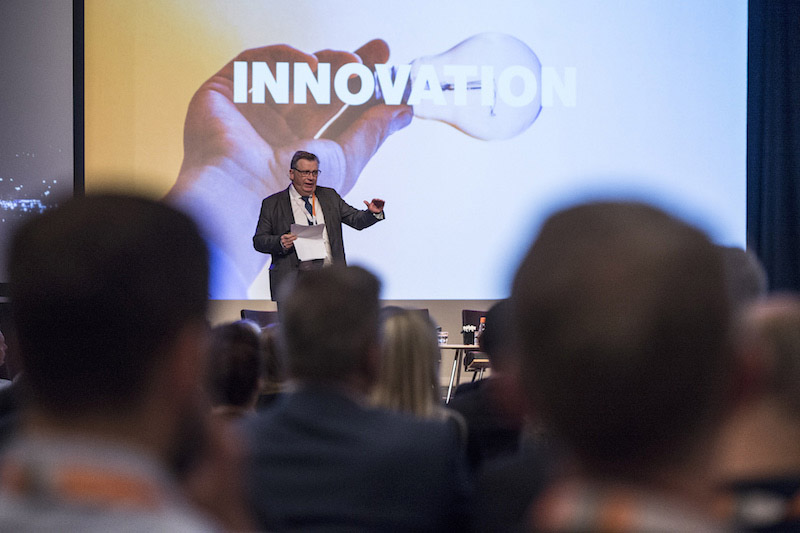 Atle Hamar gave a speech titled ‘Heading for the Century of the Oceans – governance towards a greener maritime industry’, at the Wärtsilä Future Innovation Day in Norway.

Norway is the undisputed world leader in electric car usage. The country’s phenomenal success in electric car adoption is an example of what can be achieved with the right environmental regulation and incentives. Plug-ins make up almost half of all new cars sold, while the electricity to power them is almost exclusively from the nation’s vast hydropower resources.

The astonishing growth was driven by government-backing in the form of infrastructure investment and generous incentives. Buyers have not paid import duties or sales tax, reducing the upfront cost, significantly. Running costs are also much lower with reduced road tax, relatively cheap electricity, and savings on road tolls and some parking charges.

Hamar says that the government is in a position to do the same job with the maritime industry and that unlike electric cars, the new technologies have huge export potential.

What can that look like for the maritime industry?

“When we put such environmental and climate issues into regulations, it stimulates green business. In the maritime industry it can stimulate the development of more sustainable solutions including electric-powered and hydrogen-fuelled vessels.”

One of the difficulties with government incentives is that to succeed, they have to be in-sync with business needs and the research community. Established by the Research Council, Innovation Norway and Enova, the PILOT-E program aims to get better solutions to the market, faster, while developing new and existing businesses. In 2016, PILOT-E received 15 applications for its first call, ‘Discharge-free maritime transport’ and five projects were granted support.

Maritime innovation on the Norwegian fjords

In 2015, the world’s first all-electric car ferry was put into service on the Sognefjord. It quickly proved an efficient solution, so much so that today more than 60 electric or hybrid electric Norwegian car ferries are in operation or on order.

But Norway’s interest in new shipping technologies doesn’t end there. While autonomous electric ships are being thoroughly tested and will enter service in 2021, hydrogen vessels are well into development.

“Hydrogen is our next chapter of zero emission fuels,” explains Hamar. “We have a lot of green power generated domestically that we are not using. The first hydrogen-fuelled ferry will soon be delivered. It’s the start of a new industry that the western part of Norway with all its maritime competence can be a world leader in.” 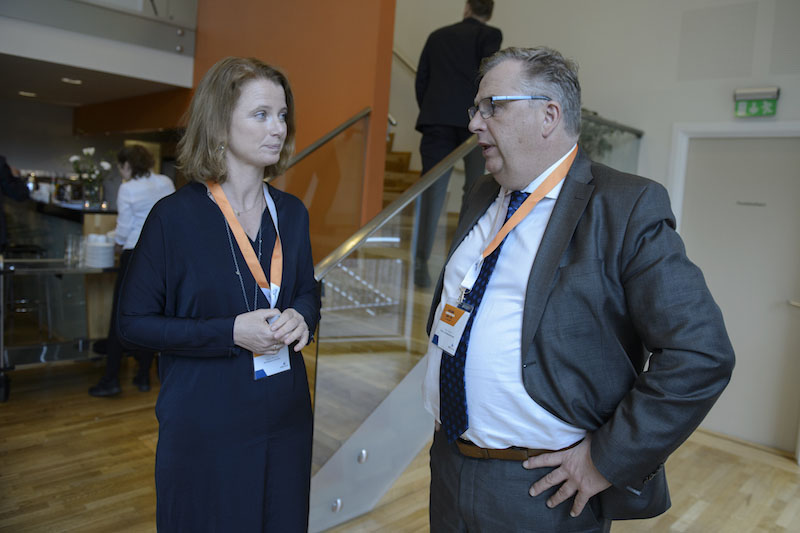 Much of that competence is gathered in the Maritime CleanTech cluster, a collection of 80 start-ups, international companies, research institutes, ship-owners and classification societies, all collaborating to pull in the same direction.

“Cluster participants are international leaders in their fields and are in close dialogue with regulators and politicians at many levels,” says Maritime CleanTech’s CEO Hege Økland.

“You might expect that the industry would not like strict regulations and ambitious goals, but that is not the case. Our cluster partners have urged politicians to set up environmental criteria.”