To raise awareness on diversity, inclusion and equality, Wärtsilä kicked off the first of its Diversity Talks events at its Helsinki Campus and in different Wärtsilä locations around the world. On International Women’s Day, find out why ensuring gender diversity must be at the top of every organisation’s agenda.

To raise awareness on diversity, inclusion and equality, Wärtsilä kicked off the first of its Diversity Talks events at its Helsinki Campus and in different Wärtsilä locations around the world. On International Women’s Day, find out why ensuring gender diversity must be at the top of every organisation’s agenda.

Imagine meeting a new employee who has just joined your organisation. You are there with your manager, the new hire and another colleague who is introducing him. They all shake hands and greet each other, but when your turn comes, you are overlooked. You are not introduced, nor do you get a handshake. Why? Could it be because you are a woman?

Stories like these are common in workplaces around the world, despite efforts by progressive organisations, and the example set by influential women leaders. The business case for diversity and inclusion is clear, with more and more companies regarding them as a competitive advantage and key enablers of growth. Research shows that diversity boosts performance and acts as a catalyst for innovation. Yet progress on diversity and inclusion initiatives has been slow, and many companies don’t know how to effectively use diversity and inclusion to support their growth and value-creation goals.

This is why, and to celebrate the International Women’s Day (IWD) 2020, a group of innovative Wärtsilians came up with the new ‘Diversity Talks’ series. Inspired by the IWD’s #EachForEqual theme, the new series aims to drive the conversation about how individual actions, behaviours and mindsets can inspire change and have a larger impact on our society.

“We need to talk more openly about diversity in Wärtsilä to take action, this is why we launched the Diversity Talks to have an arena to continue the journey together,” says Alid Dettke, Executive Vice President, Human Resources at Wärtsilä. 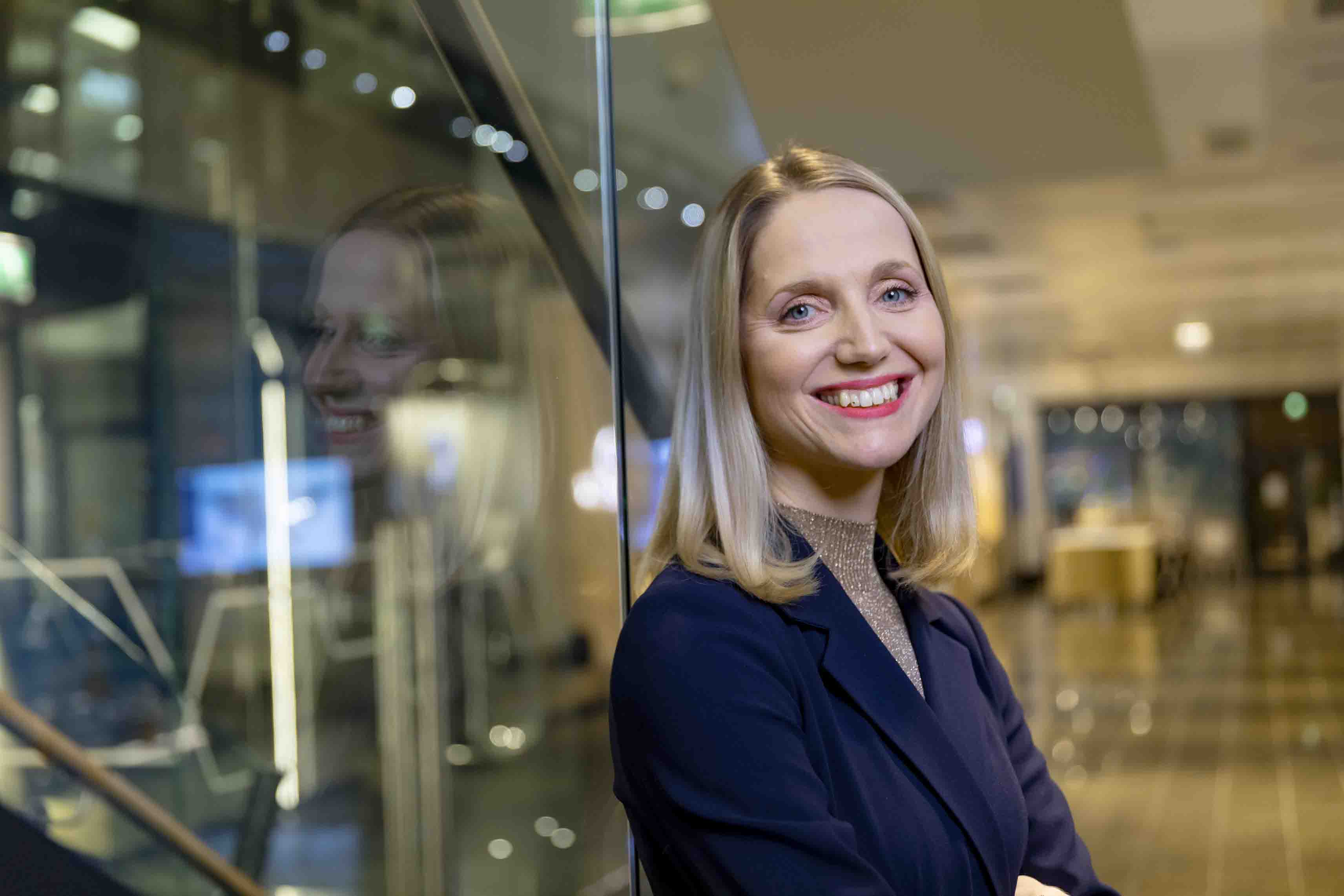 “We have a long road ahead of us, but we are on it together,” says Alid Dettke.

A work in progress

Wärtsilä, with 18,600 employees spread across 80 different countries might be considered diverse, but when it comes to gender parity, the company still has a way to go to increase the number of women in the workforce. Currently 17% of the employees are women and about 15% of company’s 2,590 managerial positions are held by women. This does not mean that no progress has been made.

Apart from events like Diversity Talks, efforts have been made along the years to raise awareness about diversity with different initiatives, line managers are being encouraged to think outside of the box during recruitment processes and various development processes have been launched in order to support and drive Wärtsilä’s diversity work. More women have been attending leadership training courses, promoted as managers and several activities are ongoing on the local level.

“We know intuitively that diversity matters, and research and facts back that up. I believe that by investing in diversity and inclusion as well as in supporting employees of varied gender, age, personality, and educational backgrounds, Wärtsilä becomes an even better place to work, a more attractive employer and a more valued business partner,” says Dettke.

The first global Diversity Talks took place at the Experience Centre at the Wärtsilä Helsinki Campus as well as virtually online on 3rd March 2020 with close to 250 participants, both internal and external.

The event threw up some interesting insights with guest speaker Anna Granskog, a partner at McKinsey and Company comparing the performance of teams made up of only men or women, gender-diverse teams, and gender-age and geographically diverse teams. The data showed that teams that follow an inclusive process make decisions two times faster in at least half of their meetings, with the decisions delivering 60% better results.

The numbers are impressive, and it seems to be a no-brainer to form diverse teams. Why is this not happening faster then? According to Granskog, progress has been slow. She estimates it will take more than 20 years at the current pace to reach gender equality in in executive teams in many industries. Female representation in executive teams in Heavy Industry and Technology & Media – two sectors that are the most similar to Wärtsilä – are at 20% and 23 % respectively.

Setting the tone for the future

Inclusion is very close to diversity. Employees who believe that they have equal opportunities and resources, respect and fairness at their workplace are three times more likely to say they are happy with their career, to plan to stay at their company longer and to recommend their company. There is a lot we can learn from companies that link their diversity and inclusion efforts to their business growth strategies.

Tamara de Gruyter, President of Marine Systems & Executive Vice President at Wärtsilä spoke about her experience rising through the ranks in the company. She encourages women to have the confidence to apply for more demanding roles without worrying about having to master everything in one go. Learning on the job, she says, is a valuable way to grow and stresses the need for women to stand their ground.

“If you do not like the way you are treated, you must speak up. Let the person know that they did not make you feel like part of the team. It might be that the person did not realise that they were making you feel neglected,” explains de Gruyter.

Insightful talks like these coupled with an amazing line-up of speakers set the tone of the first Diversity Talks event, with the feedback from participants being very positive and supportive. This in turn has inspired the company to look at holding more such events, while take concrete steps to re-emphasise just how seriously Wärtsilä considers diversity to be.

“We have a long road ahead of us, but we are on it together. Diversity for us at Wärtsilä is much more than gender balance: it's people with different educational and professional backgrounds, different kinds of personalities, ages, genders and minorities. It can be our greatest asset that makes us stronger together as individuals,” concludes Dettke.