Stern tube seal is the star product at Wärtsilä’s Toyama factory in Japan. A special rubber with heat resisting properties is used to produce these stern tube seals. This is a world first. We meet the brain behind the creation, Motofumi Inaba Senior Engineer, Operations.

Stern tube seal is the star product at Wärtsilä’s Toyama factory in Japan. A special rubber with heat resisting properties is used to produce these stern tube seals. This is a world first. We meet the brain behind the creation, Motofumi Inaba Senior Engineer, Operations.

Motofumi Inaba began his career in 1975 when, on the advice of a university professor, he took a job with, what was then, Chuetsu Waukesha.

He has seen the company undergo considerable transition since that time, moving from a traditional Japanese firm to the global leader in the marine industry that characterises Wärtsilä today. He is now helping shape the next generation of industry leaders at Wärtsilä Japan’s plant in Toyama prefecture. The facility celebrated its 50th anniversary in 2015. “I was very proud to welcome guests to the celebratory functions and to represent a firm with this long history,” he recalls.

Inaba’s expertise was recently acknowledged by the Japan Ship Machinery and Equipment Association (JSMEA), when he was awarded the prestigious “Marine Meister” industry title in 2017.

Rightfully so. Inaba’s achievements have not only contributed to Wärtsilä’s development but also contributed to the maritime industry’s development in the areas of upsizing and speeding-up of vessels. While the stern tube seal is the main product at the Toyama factory, what makes it unique is the fact that Wärtsilä is the only company in the world to produce the rubber for the seal ring, in-house. In addition, designing a special rubber with heat resisting properties made it a world-first. Currently, this seal ring has become an important product for the maritime industry today.

Despite his towering experience of more than four decades in the seals and bearings industry, Inaba has always followed his core beliefs. His personal motto is “be true to yourself”.

Born and raised in Fuji area of Shizuoka, one of Japan’s most naturally beautiful regions with the iconic Mt. Fuji, symbol of Japan on one side and the Pacific Ocean borders the other, he had no problem adjusting to life in provincial Toyama City when he moved there to start his career. 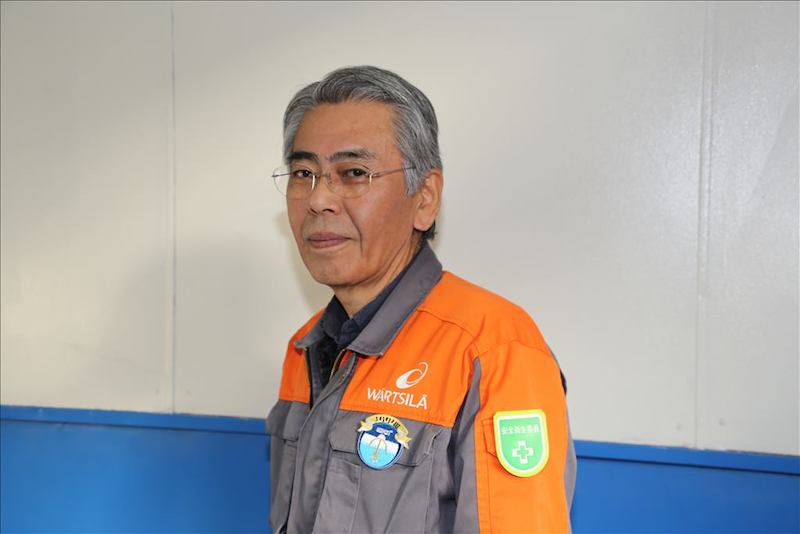 Motofumi Inaba's personal motto is “be true to yourself”.

By his own admission Inaba is a little bit “old school,” as he started his career at a time when team work was a core value in Japanese industry, driving the country forward to international success. He modestly plays down his part in helping establish Wärtsilä as an industry leader.

Although times and work styles have changed, he firmly believes that we should always respect the input of others and maintain good communication with colleagues and customers alike.

“I have always tried to look at the big picture when considering my tasks in the design and production process. It is important to understand and acknowledge the roles played by the other members,” he says. “It is my wish that the younger members of staff at Wärtsilä come to understand this, too. It is important not only to tell others about your work but to listen carefully to whatever they may have to say.”

This attention to communication shines through in Inaba’s interactions with clients. “It doesn’t matter how satisfied you are with your own products if you haven’t truly understood the feedback from your customers.”

It also links to production innovation.

Internet and the newest technological advances have made it much easier to keep abreast of new industry developments, as engineers strive to make marine craft faster and better. However, this is only part of the picture, and Inaba says that product knowledge is still the foundation of innovation. “Improvements are achieved after gaining a thorough understanding of your product in its current state,” he points out. “Only then can you move on to improving it.”

Inaba says his immediate goal is to continue mentoring younger employees at Wärtsilä, passing on both his technical knowhow and an awareness of appreciating the support of those around you.

In line with this sentiment, he would like to express his thanks to his wife for her support over the years by taking her to various hot spring resorts around Japan at some stage. He also plans to continue enjoying his hobbies of gardening and home improvement. Almost as an afterthought, he reveals that he has long been contributing to society in another capacity – as a blood donor. He estimates he has donated more than 100 times over the last 40 years.

Motofumi Inaba is a true inspiration to those around him.