The new CWEC facility, strategically located in the Pudong New Area of Shanghai, is spread over 20,000 square metres and currently has 130 people on board.

Despite being in a start-up phase, the facility represents a quantitative advance on many fronts.

“What we’re doing in the factory represents an advancement in the diesel and gas engine manufacturing industry in China,” says Jonny Nylund, who took over as the new Managing Director of CWEC earlier this year. The production facility is the first in China capable of locally producing large-bore, medium-speed diesel, and multi-fuel engines, including the Wärtsilä 26, Wärtsilä 32, Wärtsilä 34DF, and Wärtsilä 46F engines. CWEC has also implemented a Smart Manufacturing System, an advanced real-time data visualisation system in the facility, which activates for swift actions during production and delivery process.

During the inauguration ceremony in early 2017, Mr. Wu Qiang, President of CSSC recognised the significance of the new facility. “This is an important day for China’s shipbuilding sector. Wärtsilä’s extraordinary technological accomplishments and global reputation have been built on its proud history. With our companies standing shoulder-to-shoulder behind this joint venture, we can anticipate great things for the future,” said Mr. Qiang.

The facility has delivered over 60 engines and has just won its 140th engine order. 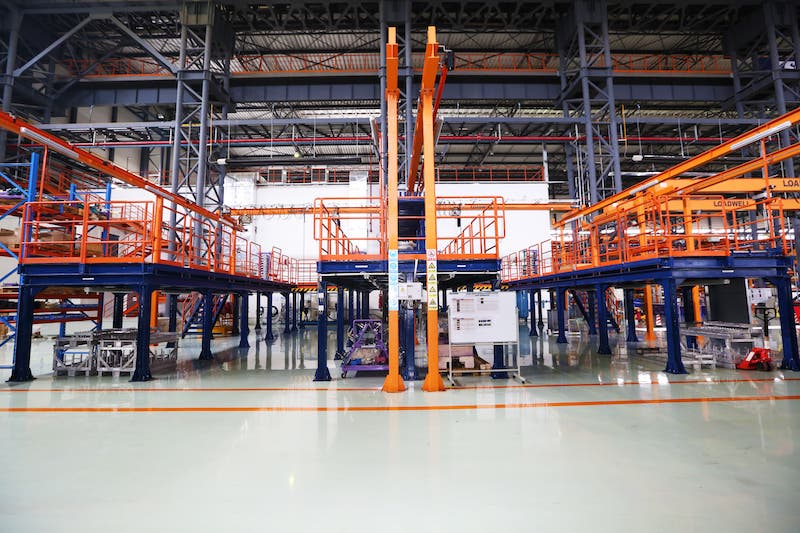 The CWEC facility is spread over 20,000 square metres.

Reducing risk by being in control

Like any advanced manufacturing facility, the new CWEC factory generates large amounts of data from various sources, which can be invaluable in maintaining quality, reducing risk, and fuelling innovation. Such large datasets can however be overwhelming and stymie the decision-making process and, if not gathered in real-time, lead to delayed reactions that are often costly.

In response to these challenges, CWEC developed the Smart Manufacturing System that is being implemented in the new factory. Through this System, data is gathered in real-time and displayed visually in a one-page format that is easy to access and understand. Large TV screens throughout the factory and the offices display the relevant real-time data on a one-page screen. Employees who are working offsite in shipyards and commissioning sites can access this information on their mobile phones as well.

“This system enables us to react quickly to any developing situation and reduce risks by being in control. We are able to sustain quality and reduce costs through higher quality,” says Nylund.

Factors ranging from a growing demand for financially efficient and operationally dependable engines to stringent governmental regulations, and environmental concerns are propelling the growth of the global multi-fuel engine market. Business Wire estimates a Compound Annual Growth Rate (CAGR) of 6.5% over the next few years in this market. Having long recognised this growing demand, Wärtsilä added best-in-class engines to its product line-up. A key product-related focus of the new CWEC facility at Shanghai will be the testing, production and delivery of dual-fuel engines.

One of these engines is the market-leading 46F engine with its best-in-class fuel economy and outstanding power-to-weight as well as power-to-space ratios. The engine can be run on either heavy fuel oil (HFO), marine diesel oil (MDO), or on light diesel. It switches between fuels smoothly without power interruption across all engine loads.

Another multi-fuel engine that the CWEC facility is focused on testing and delivering is the advanced dual-fuel Wärtsilä 34DF engine. Based on the reliable and well-proven Wärtsilä 32 diesel engine, the Wärtsilä 34DF can be optimised for constant speed generating sets, as well as variable speed mechanical drives, for main engine applications. 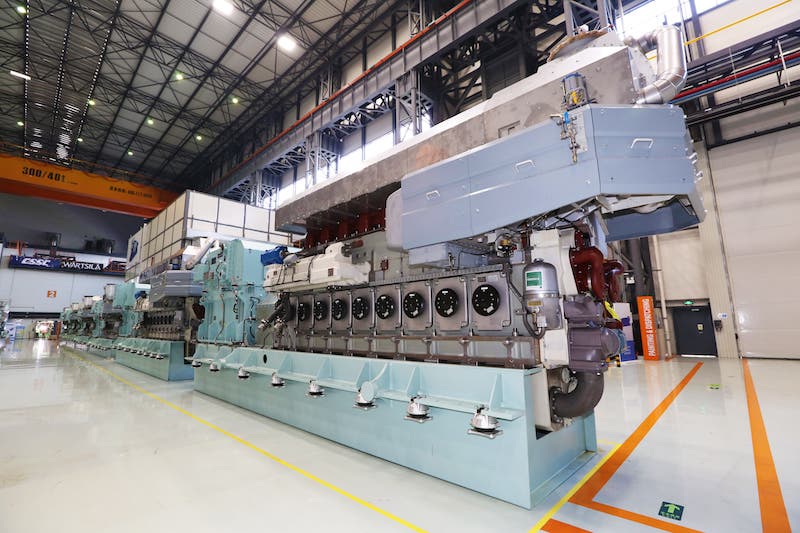 The facility has delivered over 60 engines.

Nylund’s focus for the future of the facility is quite clear. “We are in a start-up phase and we have to ramp-up quickly to a more mature phase of operations. We will focus on the gas-testing and delivery of the Wärtsilä 34DF engine and winning our first orders for the Wärtsilä 46F engines. As the number of products we produce increases, so will the complexity of operations. This means we have to not only apply what we know but also keep learning new things every day,” he signs off.