Energy storage via batteries is turning into a commercially viable reality that entrepreneurs, governments, utilities companies and even private investors cannot ignore.

Energy storage via batteries is turning into a commercially viable reality that entrepreneurs, governments, utilities companies and even private investors cannot ignore. Find out how this is changing the landscape of the power sector.

There’s a revolution in the making in the global energy sector. Energy storage is changing the way we knew power generation, distribution and consumption. A few years ago, storage was a remote possibility because technology was catching up, costs were prohibitive and finance was tough to come by. But now, costs of storage have fallen, technological advancements are hitting a sweet spot and there’s big money backing new ideas.

According to a report by KPMG, ‘governments and utilities have started investing heavily into energy storage solutions. In part, these investments are focused on helping existing grids meet peak demand and ensure reliability. But they are also increasingly focused on helping jurisdictions (or companies) integrate ever increasing amounts of intermittent renewable generation such as solar and wind power’.

Risto Paldanius, Director - Energy Storage at Wärtsilä Energy Solutions, says, “energy storage is the answer to the traditional dilemma of the energy systems, i.e. how to match demand with generation. Energy systems have coped this quite well in the past, but as more variable renewable generation enters systems and net demand becomes more unpredictable, this starts to be a real challenge. Today, energy storage has become technically viable and costs have been reducing, to make it quite an attractive alternative." 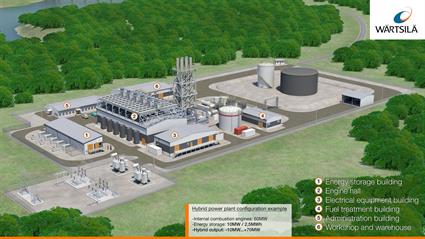 Battery costs have fallen by almost 40% since 2014. According to a report by IHS Markit, the energy storage market is set to explode to an annual installation size of 6 GW in 2017 and over 40 GW by 2022, from an initial base of only 0.34 GW installed in 2012 and 2013. The report states that Lithium-ion batteries will be the mainstream energy-storage technology over the next decade and more than 80 percent of global energy storage installations will use this technology by 2025.

“Batteries are, at present, the only energy storage technology that has successfully proven its suitability for a wide range of applications, starting from small-scale devices such as mobile phones and laptops over medium-scale devices like electric bikes and scooters up to large-scale ones as, for instance, (hybrid) electric vehicles and stationary energy storage,” says Dominic Bresser, Researcher at Karlsruhe Institute of Technology (KIT), Germany.

The key drivers for this growth in the energy storage market, according to a World Bank report, are: a substantial growth in renewable energy across the world (new installations of 378.1 GW of solar and wind energy over the next 5 years); efforts by governments across the world to reduce carbon emissions; the need for new infrastructure to modernize and expand grids and improving the resilience of grids.

“While we still rely on the grid based system, it will not stay ‘traditional’. Integrating distributed energy, which is generated intermittently, is a big challenge. Smart energy management has to support the power grid in adapting the new requirements. Battery storage is considered a key instrument of this management,” says Martin Winter, Founding Director of the Helmholtz-Institute Münster. 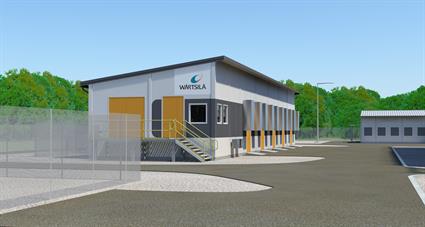 Experts say that over the next decade, Japan and the United States are expected to be the largest energy storage markets, generating a third of market revenues totaling USD 50 billion. Governments across the world are recognizing the potential and benefits of energy storage and are ushering in supportive regulations. California, for instance, has mandated specific energy storage requirements. The European parliament has stated that energy storage is essential for achieving EU’s energy and climate policy objectives, and Germany has subsidized energy storage for solar power.

"Energy storage is like a time machine. You consume some energy to be able to time shift most of the energy into the future. Energy storage can also be utilized as a back-up power. I believe that it will replace some of the traditional thermal power generation in the future," says Paldanius.

It’s not just governments and utilities players that are upbeat about the energy storage market. Corporations too are investing in this sector for financial and environmental gains. Over the next few years, battery prices are expected to fall further and fuel the growth of the energy storage segment in a big way. As of now, this market has just started charging up.