Challenges and opportunities with energy’s future

We should not only focus on the quantity but the quality of energy, says Laura Cozzi from the International Energy Agency.

We should not only focus on the quantity but the quality of energy, says Laura Cozzi from the International Energy Agency.

“Italy is out of the World Cup,” says Laura Cozzi, director of the International Energy Agency. “So the lesson is: don’t take anything for granted.”

We may think we know what is happening in the world energy markets, but the reality can catch us by surprise. Some of the foremost energy experts recently gathered in Helsinki, Finland at the Nordic Energy Forum to debate the current status and future of energy. The International Energy Agency just released their World Energy Outlook 2017 and Cozzi was on hand to explain their findings.

Cozzi detailed four major upheavals occurring in energy, several of which may take people by surprise.

“First, the United States will become the undisputed leader in oil and gas,” Cozzi says. “In ten years’ time they will be responsible for 80 per cent of new production. In fact, the US will become an oil exporter in net terms.”

While America becomes a net exporter of oil and gas, renewables will make a drastic leap in cost efficiency.

“Secondly, solar photovoltaics will become the cheapest source of electricity,” Cozzi continues. “This will happen in India and China within ten years.”

The third major upheaval is electricity, the demand which is growing twice as fast as total energy growth, thanks in part to digitalisation.

“Finally, we have a cleaner energy mix in China,” says Cozzi. “When China changes, everything changes. In the recent party congress Xi Jinping has pledged an energy revolution and fight against pollution.” 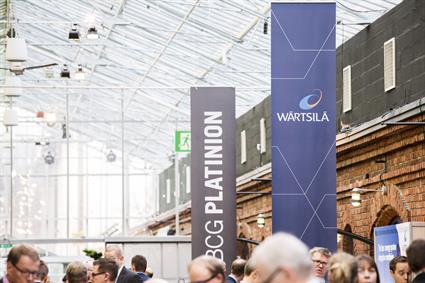 Changing supply and demand for energy

The IEA predicts some good news on the horizon, such as cheaper energy, but also more challenges like cybersecurity threats and how to integrate renewables into our current grids. Cozzi says the world is changing quite rapidly.

“For example, India – not China – will dominate demand growth,” she says. “Also, Africa will be innovative in the energy sector, such as new business models which use small solar applications and efficient appliances. These types of solutions are being rolled out very quickly across the continent.”

The demand for energy is increasing, but it is being met by a different type of supply.

“Don’t only think of the quantity of energy; also think of the quality,” Cozzi explains. “About 80 per cent of the growth will come from low carbon sources, such as natural gas, nuclear and renewables. The demand for coal is collapsing, and by 2030 energy production from renewables will surpass coal in China. Solar is the new coal.”

The IEA sees also significant challenges for the coming years. As we are now, we will not meet the Paris agreement goals. Also, we are still falling behind on universal access to energy. Finally, air quality, particularly in cities, is still a challenge.

“We can still meet our goals if we focus on several things,” Cozzi says. “For instance, we need to use more natural gas, as long as we improve emissions and leakages. We also need more solar power, and we need to have three times as many electric vehicles – 875 million – than we envisage in our most likely scenario.”

These seem to be ambitious goals. Like so many times in the past one might be tempted to despair of reaching them.

“I’m driven more by numbers than emotions, and there are good reasons to be optimistic,” Cozzi says. “The growth of renewables and EVs were a pleasant surprise. I think we are moving in the right direction.”