Digital port calls could be the first step in containing congestion, as well as offering a dramatic reduction in fuel consumption and emissions.

Digital port calls could be the first step in containing congestion, as well as offering a dramatic reduction in fuel consumption and emissions.

Growing consumer demand is normally welcomed by container ship owners, equating to more demand for their services. But over the past few months, port throughput has struggled to match surges in export orders globally.

The reasons are many and varied, but overstrained port infrastructure, sporadic lockdowns in response to Covid, record high freight rates and low schedule reliability all contribute to a shipping traffic jam that has left buyers in rebounding economies in Europe and the US faced with rising lead times, low stock levels and materials shortages. According to one container industry expert, current port congestion has removed 10% of the world’s shipping capacity.

Part of the reason for this dramatic impact is that the global supply chain is too fragile, explains Bjørn Højgaard, CEO of ship manager Anglo-Eastern.

“Ports work to very tight schedules, measuring how many cranes are on which ships for how many hours. There is big computer power behind trying to figure out loading and discharging sequences. Companies have invested millions in optimising stowage and productivity on ships and in ports. But when something goes wrong, we don't have the resilience to overcome the bottlenecks in the system.” 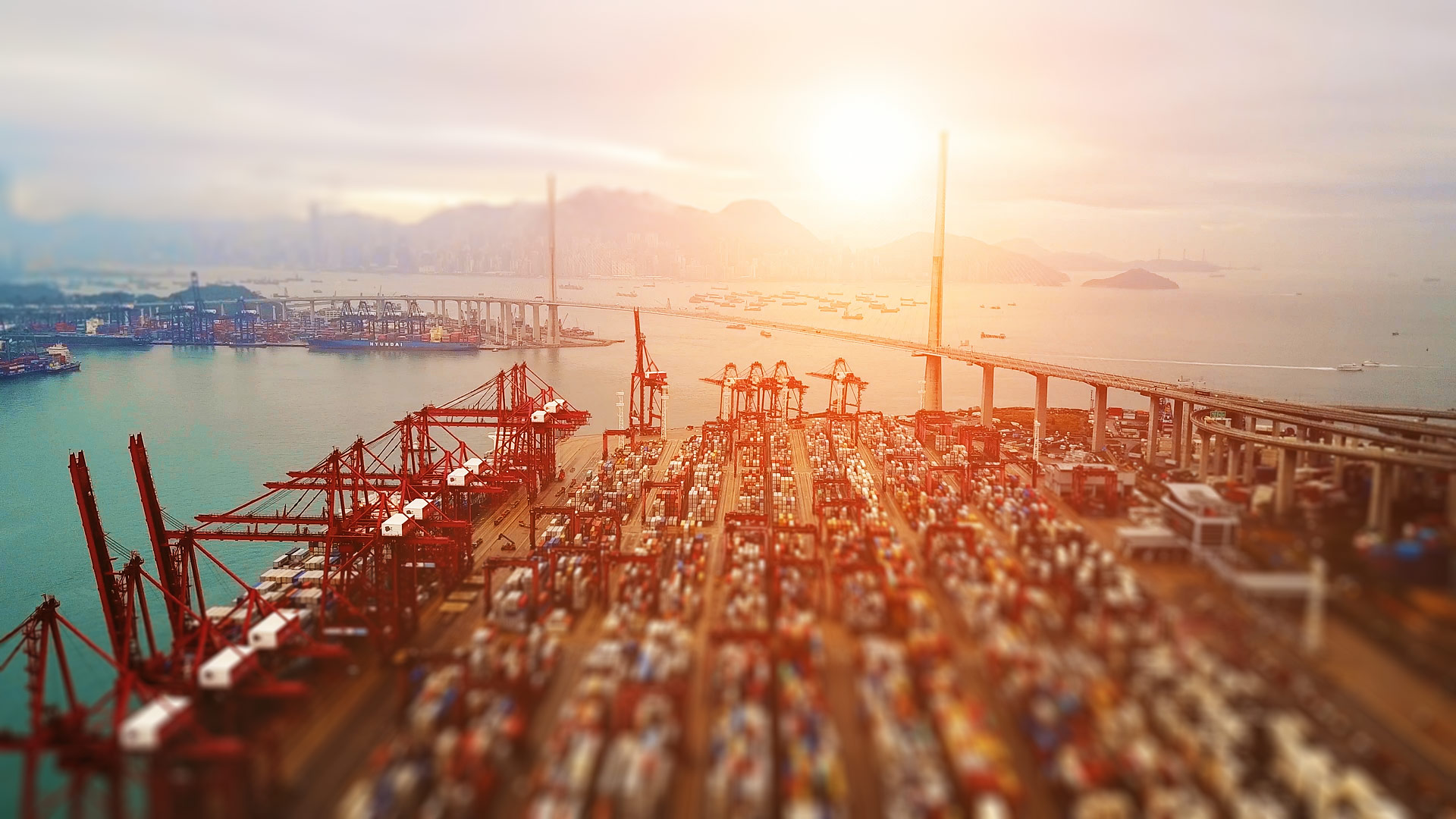 There is a difficult trade-off at play. Extra capacity at ports or on ships would increase resilience, but at a significant cost. A leaner supply chain is more efficient and less costly but has more chance of being gridlocked when things go wrong. As Mr Højgaard puts it, “just-in-time shipping can jeopardise the just-in-case scenario.”

But there could be a way to reset the balance, allowing the supply chain to be both robust and efficient. Digital port calls, like the one recently performed at Tanger Med, the biggest container port in Africa and the Mediterranean, may hold the answer to that riddle, vividly illustrating how operational barriers can be overcome.

When the times aren’t out of joint

“Tanger Med is committed to providing high-level services to ship-owners and international maritime alliances to ensure calls in the best condition. This is an important milestone in our joint project with Wärtsilä,” says, Khalid Samir, Harbour Master at Tanger Med Port.

According to Bruce Mills, Business Development Manager for Ship Traffic Control at Wärtsilä Voyage, the digital port call at Tanger Med may have been the first, but others have followed over the last few weeks.

“A number of similar projects are well underway with other leading ports and shipping companies around the world.”

As the economic and environmental benefits of just-in-time operations become increasingly clear to the maritime community, Wärtsilä will continue to invest in developing solutions which also help to support the IMO’s decarbonisation and greenhouse gas reduction strategies.

For Mr Højgaard, digitalizing port calls enables “a shared truth”. All stakeholders involved – the port authority, terminal operator, cargo handlers, pilots and agents as well as the vessel crew, the ship manager, owner and charterers - have the same information at the press of a button, as soon as a decision is made.

“As a ship manager, our job is to make sure that the ship provides maximum value to our clients, the ship owners and their clients, the charterers,” Mr Højgaard explains.

Digital port calls are just one part of a multifaceted approach to using smarter solutions in shipping. Whatever happens on board is shared across the stakeholders in an instant, enabling good decision making and shared knowledge.

It is this shared truth that has the potential to overcome the fragility of today’s super-lean supply chain. Digital port and instant information simply offer less opportunity for delay. When port calls rely on humans sending and receiving messages, any number of incidents can throw off arrival times. Port personnel may be sleeping if a message comes through overnight, for example, or may simply struggle to manage arrivals time changes across many vessels if one needs to change its schedule.

The amount of fuel burnt at anchor by the global merchant fleet is well documented over recent years, but still astonishing. Analysis of the global fleet in 2017 showed that cargo-carrying vessels spend 37-54% of their time in stationary operation mode depending on ship type. In their AIS studies, DNV GL5 indicate that about 15% of marine fuel consumption for the world fleet occurs under port stays, anchorage and when ships operate at very low speed, below 1 knot. For these reasons alone, the roll-out of just-in-time arrivals is a worthy goal. Ship operators will benefit from reduced fuel bills and better margins, port operators will benefit from lower local emissions.

“It's not unusual to see vessels coming in at speed and then just dropping anchor for a day or two because the terminals are not ready,” says Carsten Ostenfeldt, COO at Anglo-Eastern. “If you can cut a couple of hours out of each port stay, then you can probably save 20-30% fuel on a rotation of nine weeks between US and Far East.”

Shortening port stays by 10 percent will give a massive reduction in fuel consumption. This is the big low hanging fruit which is now being realised with this technology.

In a supply chain that is already ultra-efficient, the shore-to-ship interface is the missing link – the last frontier in optimisation. One significant reason that these possibilities are becoming available today is improved access to high-quality internet on vessels. Mr Ostenfeldt notes that until recently, geo-stationary satellites have only been able to offer modem speeds that land dwellers would recognise from the early 2000s, and at exorbitant rates. But with the launch of a new generation of small, low-orbit satellites, the broadband quality has risen, and the cost of connecting has dramatically decreased.

“We are opening up true broadband speeds of communication to all corners of the globe in ways we haven't seen before,” says Mr Ostenfeldt. “I think we will see 100MB-plus connections for around US$100. There is an order of magnitude between the 512KB speed for US$1,500 - ships will feel as connected as we do on internet video calls between offices. That fits with the development of these tools. We've just scratched the surface of what we can do once everything is connected and everyone is working on the same information in real time.”

For progressive companies there are even more opportunities. Mr Højgaard envisions a time when the digital port call information is relayed direct from bridge system to engine control system, automatically advising engineers of optimal speeds based on the requested arrival time. This possibility is almost a reality even today, thanks to the Wärtsilä Voyage integrated navigation systems installed on more than 600 vessels managed by Anglo-Eastern.

All the data that you feed into the navigation system and collect elsewhere sits in one place.

“We have it at our fingertips and we can integrate the information seamlessly between different applications and use cases. We are seeing that this is changing how we work, prompting us to set up new functions and reorganise how we do things to maximise the value these opportunities provide to our clients.”

There are some challenges in the global roll-out of just-in-time arrivals and the digital port call. One is the traditional contract forms in some shipping segments that mean that vessels cannot necessarily alter speed to go slower. This is not an issue for container liners, which already operate as close to just-in-time as possible but could make uptake slower among other areas of deep-sea shipping. It should be mentioned also that currently, there is no widely used industry standard clause for JIT Arrival that is included by default in the charter party (and widely accepted by all parties). And while several different clauses exist, there is limited application of JIT Arrival and every sales contract could take days to agree (source). Hence, it doesn’t go unnoticed that collaboration across multiple industry verticals is much needed to build a network that works in tandem to achieve new levels of efficiency and safety.

There is little doubt that the digital port call will become a regular feature of ship and port operations. With the efficiencies and, crucially, the resilience that the concept offers, perhaps shipping can shed its current image as the weak link and instead emerge as a global supply chain champion.