The Compact Reliq is next-generation technology designed and built with all the experience and in-house know-how that Wärtsilä has accumulated over the years.

Liquefied natural gas (LNG) has emerged as an accepted and viable fuel for marine engines. At the same time, it is also being increasingly transported across the world’s oceans to meet the rising global demand for natural gas in energy and other applications. Virtually all modern large LNG carrier vessels today are equipped with reliquefaction plants, and Wärtsilä continues to be a leader in this field with a solution for smaller vessels as well.

LNG tankers are designed to carry natural gas in liquefied form at a temperature of minus 163 degrees C, close to the vaporization temperature. Despite having tank insulation that limits the admission of external heat, a small rise in temperature is inevitable, thus causing a slight evaporation of the cargo. This natural evaporation is in gaseous form, known as boil-off gas (BOG), and is unavoidable. It is essential to remove the BOG from the tanks in order to maintain the pressure in the cargo tanks.

The conventional means for handling BOG has been to burn it for propulsion (either in combustion engines or boilers) and the excess gas has been burnt in a gas combustion unit, which not only releases harmful gases to the environment, but also simply treats the BOG as waste. A better alternative is to re-liquefy the excessive BOG and make use of it. Wärtsilä has been a pioneer in BOG reliquefaction, developing and commercialising the technology since its introduction in the early 2000s.

Over the years, much work has gone into finding optimal means for handling BOG. First of all, the level of evaporation in the containment tanks has been greatly reduced; ten to fifteen year old LNG carriers may have a BOG rate that is twice higher than in ships built today. This significantly impacts the design of BOG reliquefaction plants, and Wärtsilä continues to base its R&D efforts on the need to deliver efficient and practical solutions that create maximum value for the customer.

The latest in its portfolio of reliquefaction solutions is Wärtsilä’s Compact Reliq. As the name indicates, the design is compact to minimise the space needed for installation, which both reduces the shipyard’s workload and leaves more space for the cargo. The compact name refers also to the ease of operation and maintenance. Another advantage of this innovation is that it enables reliquefaction on all sizes of carrier vessel, not just the larger ones. 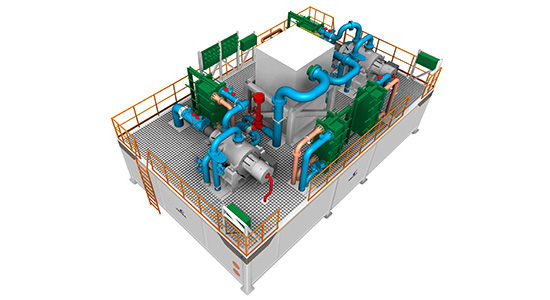 As Sylvain Fabreguettes, Product Line Manager, Liquefaction & Gasification Systems, Wärtsilä Gas Solutions, explains: “The worldwide demand for LNG continues to grow and there are more and more LNG tankers and bunker vessels serving this demand. The first generation reliquefaction plants are too large for today’s boil off rate and there has clearly been a need for a more flexible and versatile solution. The Compact Reliq answers this need. It has a modular design and all the equipment is mounted on a single skid. It’s a smart, plug and play unit, which really takes BOG reliquefaction an important step forward.”

Proven technology made even smarter

The Wärtsilä Compact Reliq is based on the well-proven reversed nitrogen Brayton cycle refrigeration technology. Although originally developed in the 19th century, this technology continues to be relevant and widely implemented today. It allows the Compact Reliq to reliquefy the BOG while keeping the cargo cool and at the right pressure under all operating conditions. It allows a portion of the BOG to be used as fuel for the ship’s engines, with the excess able to be returned to the tanks and sold as part of the cargo. Thus, instead of burning the gas it is utilised to lower the vessel’s operating costs and increase the revenue from the cargo. The refrigeration process uses safe and easily obtainable commercial grade nitrogen.

“What we have done is to take a conventional technology and make it even smarter,” says Lasse Wichstrøm, Sales Manager, Wärtsilä Gas Solutions. “The Compact Reliq can be operated from the cargo control room, from the bridge, or even from a remote location simply by pushing a start button. It is instrumented for remote monitoring and online operational support as part of Wärtsilä’s OPERIM programme, which takes the system well into the 21st century.” 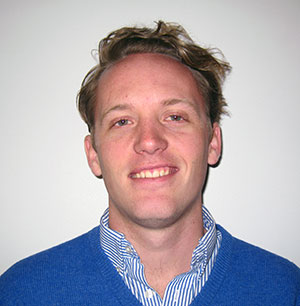 OPERIM stands for Operational Performance Improvement and Monitoring, and is a central ingredient in Wärtsilä’s recipe for a smart marine ecosystem. The programme provides real-time data on a vessel’s onboard products and systems. It utilises the latest digital technology to provide the data needed to implement cost-saving operational performance improvements in a continuous and dynamic fashion.

Another feature of the Compact Reliq is its low maintenance requirement, with a docking interval of five years. Furthermore, the system can be fully integrated within the ship’s Planned Maintenance System (PMS).

A strong link in the value chain

Making onboard reliquefaction available to smaller LNG carriers and bunker vessels represents one more link in the entire LNG value chain, making the chain greener, stronger, more efficient, and providing it with greater flexibility. It also makes smaller LNG carriers more attractive to charterers, since with the Compact Reliq they can reap the benefits of lower operating costs and increased cargo value.

Another attraction for charterers is that the LNG tanks are cold enough to start loading when arriving at the terminal. This increases the utilisation of the ship, which is another cost-saving benefit. At the same time, the system is environmentally sustainable, an increasingly important requirement in today’s shipping industry.

The first orders for the Wärtsilä Compact Reliq have already been booked, thereby providing a positive indication that the market is ready to embrace this next step in onboard BOG reliquefaction solutions.

As Sylvain Fabreguettes points out, “The Compact Reliq is next-generation technology designed and built with all the experience and in-house know-how that Wärtsilä has accumulated over the years. It is a sensible and practical solution that serves an existing and growing industry need.”