Wärtsilä delivered Barker Inlet, a 210MW thermal balancing power plant, to AGL Energy at the end of 2019. Data from Australia’s power grid showcases the plant’s value in a modern energy system with a high share of solar and wind.

AGL Energy is one of Australia’s leading utilities, active in both the generation and retailing of electricity. While the Australian energy market is still largely dominated by coal it is also a country where the energy transition is moving ahead with full speed. Falling costs of renewables have led to large installations of utility scale solar PV and wind, and rooftop solar, across Australia. Battery energy storage is experiencing a boom, with some market analysts evaluating the pipeline of energy storage projects to be over 26 GW. The nature of electricity generation in Australia is changing rapidly, and nowhere is that statement truer than in the state of South Australia.

South Australia is at the forefront of the Australian, and the global, energy transition. The last coal-fired generation in the state was shut down in 2016, the coal exit being driven by economic factors and the influx of renewables. Today South Australia’s electricity mix consists of renewable energy, backed up by gas-fuelled generation and energy storage, as well as the interconnection with the rest of Australia’s National Energy Market (NEM).

“South Australia is like a window into the future of energy. We can see how the increasing penetration of clean but variable renewable energy is changing the power system and the role of dispatchable gas-fuelled technologies as well,” says Malin Östman, General Manager, Market Development & Strategy at Wärtsilä Energy.

David Kayanan, Financial & Market Analyst at Wärtsilä Energy agrees: “Arguably, South Australia is where the energy transition is happening the fastest. The last coal plant shut down a few years ago and now South Australia is forecasting a future of 500% renewable energy by 2050, aiming to become a national and international export hub for clean energy. But the challenge is that these sources are intermittent and need reliable balancing.” 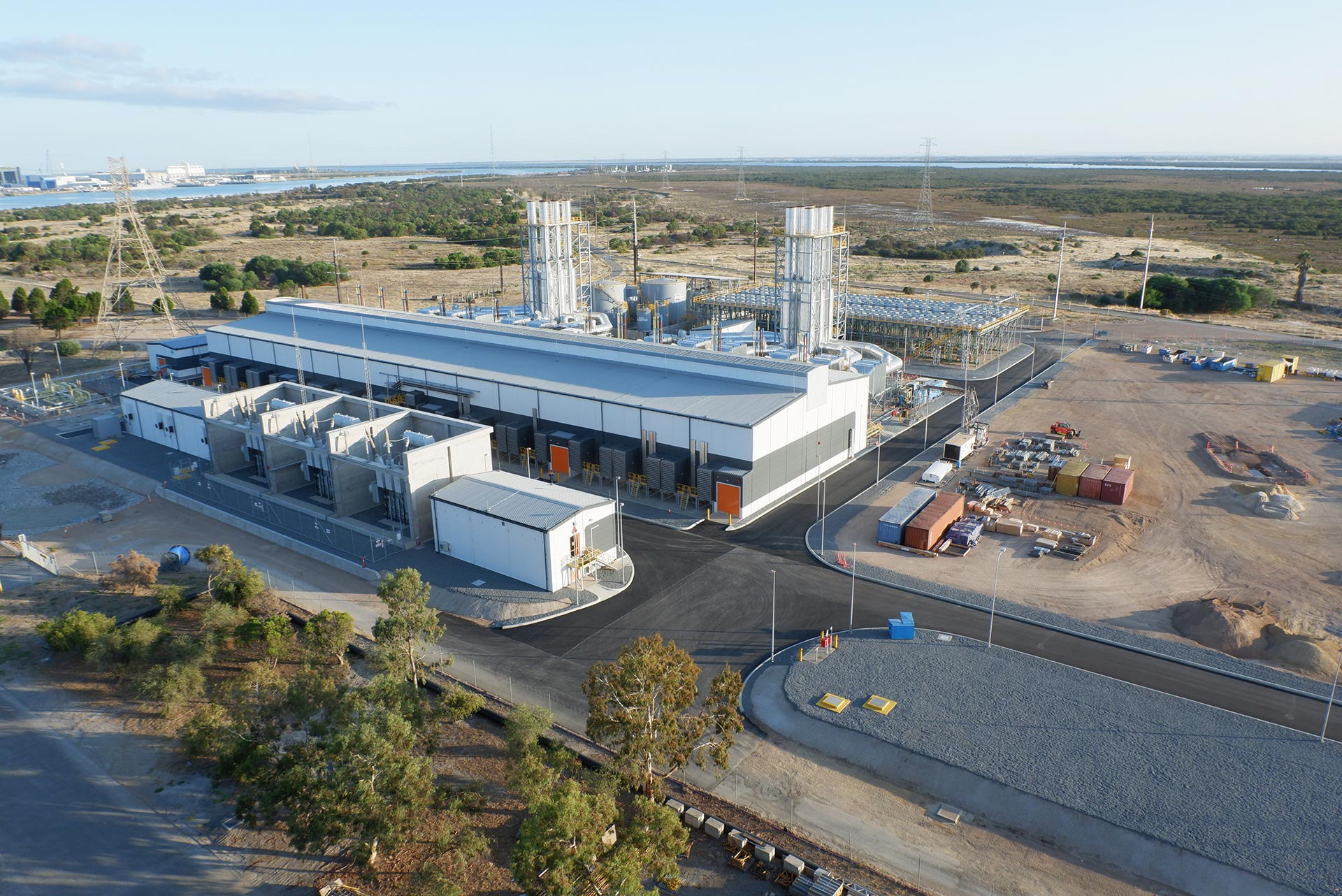 South Australia has fantastic conditions for wind and solar generation, but the intermittent generation comes with its own set of challenges. AGL Energy wanted to add flexibility into their asset base by investing in the Barker Inlet Power Station near Adelaide. Wärtsilä supplied twelve Wärtsilä 50DF engines for a 211 MW thermal balancing power plant. Now the Wärtsilä team has analysed public operational data from the NEM for a 12-month period in 2020 and 2021 to look at the future of renewable balancing and evaluate the role of Barker Inlet and flexible generation in a high renewable power system.

Renewable energy is naturally variable and increasing amounts of solar energy in the South Australian system is creating a ‘duck curve’ effect. This results in a declining need for thermal baseload generation that operates 24x7, as solar or wind comes in during the day. But at the same time, we are left with two peaks – in the morning and after sunset as demand picks up. This means that dispatchable power must instead be capable of frequent ramping and starting.

“The baseload in South Australia is declining which poses challenges for inflexible gas generation power plants, such as combined cycle gas turbines and gas-fired steam generation. Their capacity factors are coming down and the operational profiles are shifting, requiring much more ramping and low load operations due to net load fluctuations. These trends are driving the need for more flexible balancing technologies like internal combustion engines as in the case of Barker Inlet,” explains Östman.

However thermal generation has an important role to play as renewables are becoming the new baseload. The supply of renewable energy can change dramatically from season to season or even throughout the day. While the annual renewable share of the energy produced in South Australia during 2020 was close to 60%, there were days that exceeded an 80% share and days as low as 4%. For longer periods of low renewable production, so called ‘renewable energy droughts,’ it’s crucial to have efficient back-up capacity.

“This is one area where flexible capacity fuelled by gas and future sustainable fuels complements battery energy storage” says Kayanan. “Renewable energy droughts can last for periods of time that extend beyond the duration capacity of batteries. While the need for gas is coming down overall it’s necessary to have efficient back-up capacity for these instances.”

Need for speed – and flexibility

In addition to being needed during periods of low renewable generation  Barker Inlet is also active during days of high renewable generation albeit with a different operational style. Renewable fluctuations and demand peaks can be sudden, needing fast-response generation capable of multiple starts and stops.

“These engine generators provide power on demand and can start up at a moment’s notice,” Kayanan continues. “The National Electricity Market has real time pricing, so sudden changes in supply can cause price spikes. You also get negative prices when you have too much wind or solar and inflexible assets that can’t shut down. With flexible generation you can catch price spikes and avoid negative prices. A comparison against other gas peakers in South Australia showed that Barker Inlet had by far the best ability to capture high prices during the 12-month period analysed.”

This ability to respond quickly was proven on a spring evening in 2020. Within the space of half an hour Wärtsilä’s engine power plant had to quickly shift multiple times between very low plant loads of less than 10% up to around 50%. In 30 min the Barker Inlet plant managed ramping for 3 distinct demand peaks with little impact on plant overall efficiency. The modularity of the plant, comprising of twelve engines, allows the operator to run the least number of engines for a given demand to maximise the plant efficiency.

“The data shows that Barker Inlet has a superior starting and stopping ability,” confirms Östman. “The engine power plant’s track record in doing multiple starts and stops per day, some with durations of only 5 min before reacting to load changes again, shows how important it is for thermal balancing to respond quickly.” Wärtsilä 50DF engines can do this frequent starting without impacts on fuel consumption and maintenance costs, unlike gas turbines.

“Overall, the data illustrates how the role of thermal generation is changing,” says Östman. “Ramping, starting and stopping becomes more important when renewable energy production is high. Our engines can follow renewable variation and continuously ramp up and down as needed.”

Lessons from down under

One important feature of the Australian energy market is its open data philosophy. “Our analysis would not have been possible without this data,” Kayanan stresses. “Such transparency is critical for society to build better, more sustainable solutions to help in the energy transition. We can analyse the data and help customers create better energy solutions which improve efficiency, reliability, and sustainability.”

Analysing the South Australian energy market shows how flexible generation technology can create value in a system with a high proportion of renewables. If it works for Australia, it can work in other high-renewable markets as well.

“The general trends in Australia are a good indicator of what we are likely to see in many places around the world, because here the energy transition is moving fast towards 100% renewable energy,” Östman says. “Coal is disappearing while more renewables are being added, so the need for energy storage and flexible thermal balancing is increasing. In the future we will also see new zero carbon and carbon neutral fuels which can be used in our engines. This is an important path to future-proof solutions for energy companies. We are well on our way towards a 100% renewable energy future.”