Company
Home
Insights
Around the world, all alone

Around the world, all alone

Finnish sailor Tapio Lehtinen is about to spend the next nine months alone as he goes around the world on a sailboat, being part of the Golden Globe sailing race. He talks to us about his upcoming trial.

Finnish sailor Tapio Lehtinen is about to spend the next nine months alone as he goes around the world on a sailboat, being part of the Golden Globe sailing race. He talks to us about his upcoming trial.

It is the ultimate test, pitting man against the elements. Eighteen sailors will be spending the next nine months of their lives at sea, sailing alone on a sailboat as they attempt to circumnavigate the globe as part of the Golden Globe sailing race.

This year marks the 50th anniversary of this prestigious race, and as per the rules, participants are only permitted to use the kind of sailboats and technology that were available during the original race in 1968. While that may seem like a daunting task to many, Finland’s own Tapio Lehtinen sees it as a challenge.

“It was the perfect timing and the perfect race for me. Just like the race, I think I am an old-school sailor,” he says.

Back to the basics

The Golden Globe Race bans the use of any technology that has become available after 1968, including GPS, cellphones, sports watches, and even CDs. For many, the idea of being at the mercy of the raging seas without GPS navigation or regular weather reports might be quite scary. However, for Lehtinen, it is one of the factors that makes this race especially appealing.

“Even though I am an engineer myself, I am inclined to think that modern technology and computers on board alienate the sailor from the sea and nature. For me, it's being in touch with the nature that makes sailing so special,” he explains.

Born in 1958, Lehtinen learnt to sail an Optimist dinghy with his father in the 1960s. He is one of the most experienced sailors in Finland, having sailed around the globe in 1981 and 1982 as part of the Whitbread Round the World Yacht Race aboard the Skopbank of Finland. However, the Golden Globe sailing race is going to be the first time he will be attempting the feat single-handedly.

“It was a childhood dream, one could say that," Lehtinen confesses. "But then life happened and I had to put that dream aside, accepting that I might never be able to make it, as the sailing races today are very expensive with the equipment costing up to 20 million euros.” 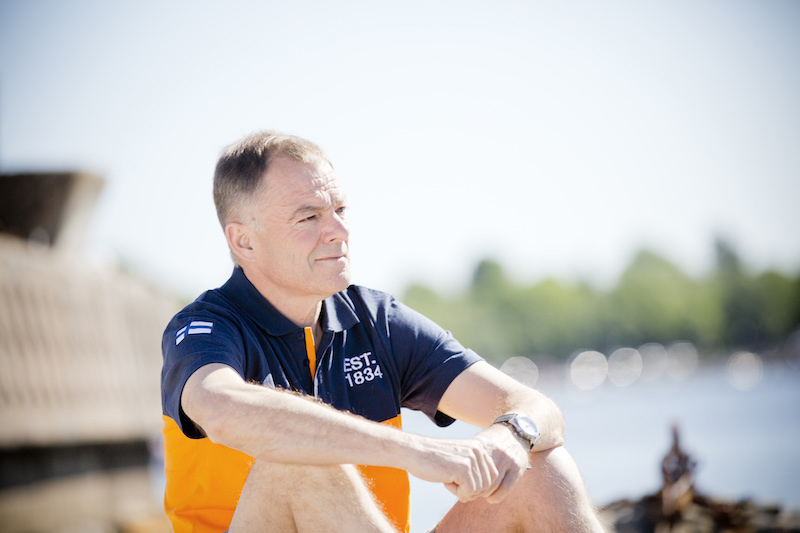 Tapio Lehtinen is one of the most experienced sailors in Finland.

Before he made up his mind to take part in the race, Lehtinen had a conversation with his son Lauri, an Olympic sailor, who asked if he had thought it over thoroughly. Once he enrolled in the race, only to be put on a waiting list as the maximum number of participants (30 sailors) had already been reached. However, many of the original participants were forced to drop out for various reasons, allowing Lehtinen to earn a spot in the race.

While the Golden Globe race is to start on 1 July from Les Sables d'Olonne in France, Lehtinen has already been preparing for the race for over a year and a half now.

His first challenge was to find a suitable boat. The organisers of Golden Globe Race had provided a list of allowed boat types, and from that list, Lehtinen chose the Gaia 36 designed by famous yacht designer Olin Stephens.

“I sat in my kitchen and googled all the allowed types. I think that Stephens’ Gaia 36 was the only one I could fall in love with,” he says.

Luckily for him, the Asteria was for sale in Italy where it had been used as a fishing boat in the river Tiber for the last 15 years. Built in 1965, Lehtinen's boat would be the oldest boat to enter the race, and it required a copious amount of work to turn it into a race boat again.

“The basic design remains, but otherwise we had to renovate practically everything. I am pleased with the Asteria, but the renovation was even more laborious and expensive than we had anticipated.” 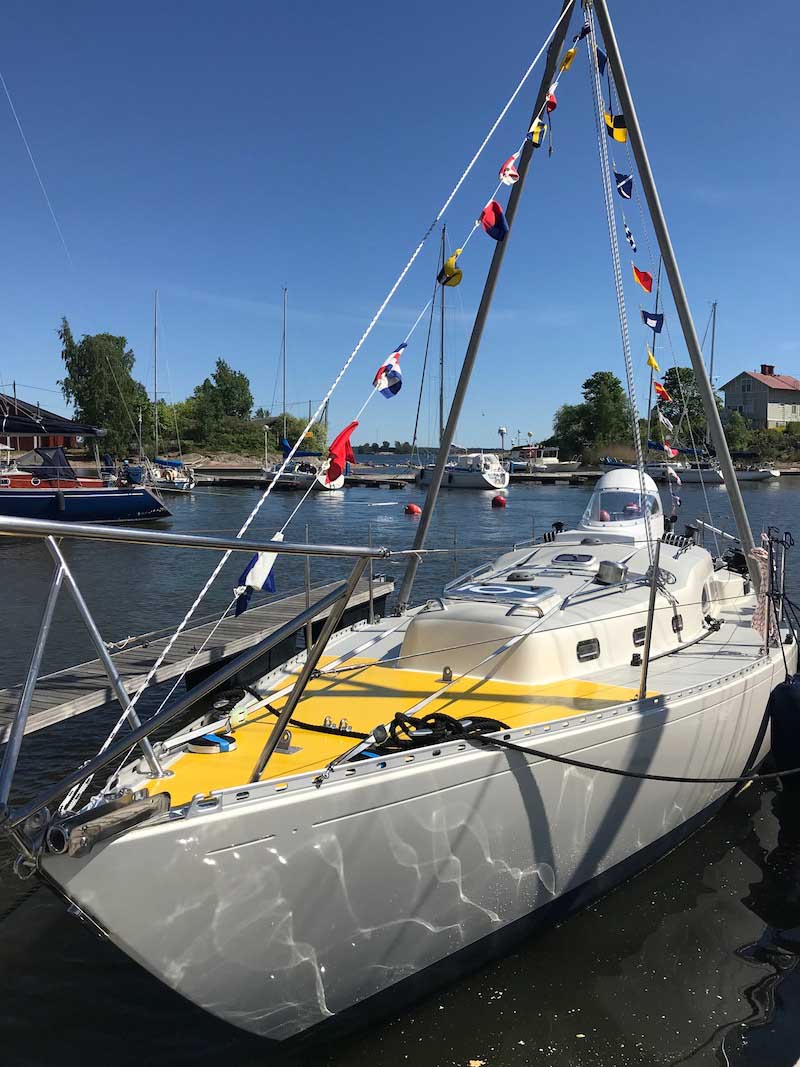 Lehtinen's boat Asteria was built in 1965.

Learning the lore of the sea

Getting the right boat was just one part of the challenge, and one could argue, the easiest. The next task for Lehtinen, was to prepare himself both physically and mentally, to withstand the rigours of the sea for nine whole months. Therefore, the preparations for the race have also included physical training.

“In a race like this, a sailor needs a certain kind of strength for safety reasons. However, as they say, a skilled sailor manages challenges which a wise sailor may never have to face. So strength alone is not enough, one also needs wisdom and experience,” he explains.

And while he thinks sports psychology plays a key role in such competitions, Lehtinen’s approach to fortifying his mental prowess for the race is pretty straightforward.

“I guess it's a bit of 'do as I say, don't do as I do'. I will avoid unnecessary risks and come back to see my loved ones and tell stories to my future grandchildren, so I am not afraid,” he says as a matter-of-fact.

“What I wait for most in the race is the sailing, just being at sea. I guess to participate in a race like this, one really must love sailing, and I do.”

Wärtsilä is Lehtinen’s key partner in the race. Since Lehtinen and Wärtsilä share a common passion towards sustainability and cleaner oceans, the partnership is a perfect match.

“The future of the seas is our common responsibility. With this project, Wärtsilä wants to highlight the importance of a clean maritime environment, with Lehtinen as our ambassador along the Golden Globe Race. This circumvention of the globe is also a great adventure and test of true seamanship, well aligned with Wärtsilä’s values of energy, excellence, and excitement,” says Atte Palomäki, Wärtsilä’s EVP of Communications and Branding.

Lehtinen agrees. “I am very happy that Wärtsilä is partnering with me and supporting me in the race as their values are very close to my own.”

The partnership also helped Lehtinen refurbish his boat, the cost of which was a lot more than he expected. Now, with a boat as good as new, Lehtinen is ready to set sail.

Tapio’s journey will be followed in Wärtsilä Twentyfour7. and social media channels throughout the competition.