Company
Home
Insights
A rolling stone with a green agenda

A rolling stone with a green agenda

Guido Barbazza is the head of Wärtsilä's Renewables & Multibrand Services. He is also a novelist and a Guinness world record holder. Meet the man of many titles.

Guido Barbazza is the head of Wärtsilä's Renewables & Multibrand Services. He is also a novelist and a Guinness world record holder. Meet the man of many titles.

Renewables & Multibrand Services (RMS) is Wärtsilä’s new business, launched this March. Guido Barbazza, a Wärtsilä veteran of 21 years, is in charge of this business. One of the RMS’ five business lines is the Renewables Services, which focuses on clean energy-related services.

“This is a tremendously exciting position that covers a lot of new areas,” says Barbazza. The renewables business line is currently focused on hydro energy, but will rapidly expand into solar, energy storage and hybrid energy solutions as well as wind – all fields where innovation is mushrooming.

“I've always liked looking forward and developing the future, and renewable energy is one of the areas I'm very much passionate about,” says Barbazza. “And it's fantastic to see how a lot of technologies that are good for the environment, which have been known about for decades, are finally becoming feasible, even from an economic point of view. That's what's driving things now.”

Barbazza stresses though that RMS isn't just about developing these renewable energy services fields, but it's also finding new applications for Wärtsilä's existing, products and solutions. For instance, the same environmentally sound, water-lubricated seal Wärtsilä has been supplying for ships' propeller shafts can also be used in hydro power equipment.

Based in Italy, Barbazza is usually traveling the world on RMS-related business. And when he talks to partners about the importance of going green, it's not just lip service. It's a deep belief reflected in his lifestyle.

“I made the choice many years ago to give up the motor, to shift from motorboats to sailboats. Using the wind to move around brings you into harmony with nature,” he says. 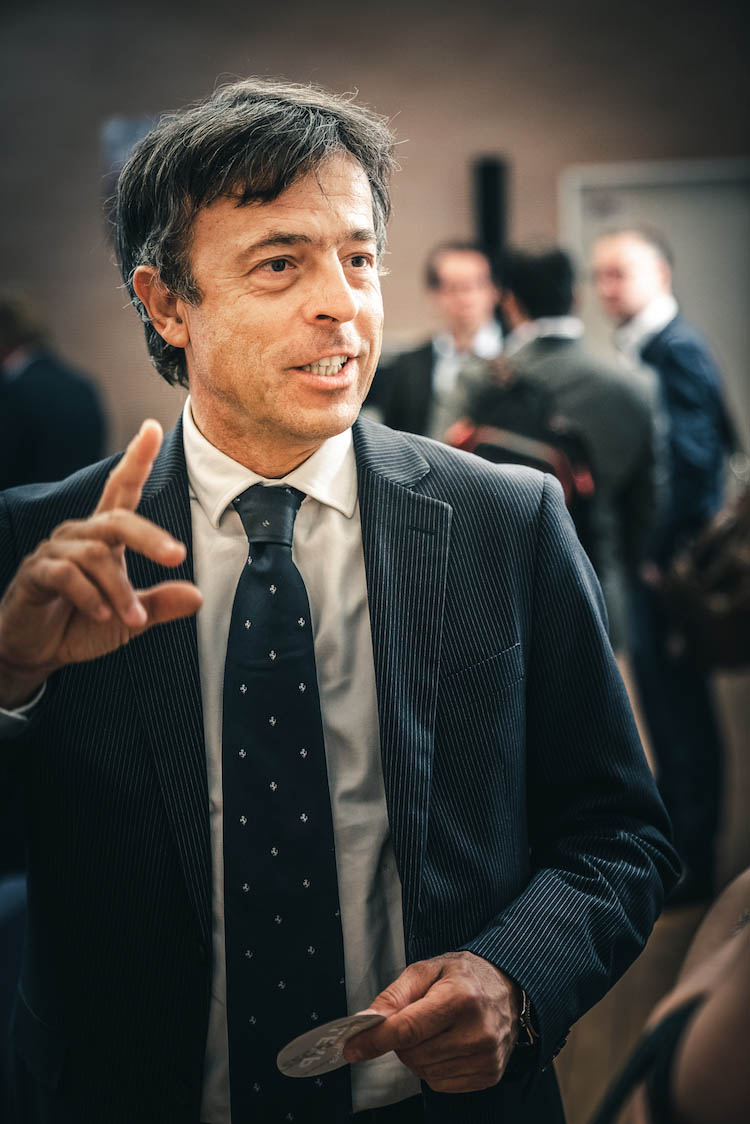 Guido Barbazza, a Wärtsilä veteran of 21 years, is the head of Wärtsilä's Renewables & Multibrand Services.

When asked about how he balances his role at RMS with his duties as President & MD for Wärtsilä Italia, Barbazza says he spends most of his energy on the former, where things are “always bubbling.” The MD position is more about housekeeping.

“The way I visualise it, it is like an aircraft carrier. Wärtsilä Italy is the legal entity, the structure where our businesses can land, refuel and go on to win the battles.”

What he finds most rewarding in this mix is interacting with people and above all, innovating to make things happen. It's no surprise then that Barbazza has played a central role in strengthening the sense of belonging, the cross-cooperation and synergy across Wärtsilä Italy sites and teams in Trieste, Genoa, Naples and Taranto. Most notably, he has supported and facilitated a major modernisation of the factory in Trieste, where Wärtsilä recently celebrated the 20th anniversary of its presence in Italy.

“Here we're leading innovation through operational excellence as well as optimising layout and flow,” he said. Work over the past years has completely redesigned the factory floor, consolidating activity into one main building. The factory has been upgraded with state-of-the-art CNC machine tools and robots, entering the area of “Cobotics,” and has even become a harbour operator for more efficient shipment of its products. The most important change though has been digitalisation.

“Digitalisation is not just bringing something digital or different, but above all it requires really deep cultural change,” he said.

Keeping pace with Barbazza, either literally or figuratively, is no easy feat. He doesn't travel nearly as much as he did in his earlier Wärtsilä positions, as a lot of meetings today can be handled remotely, supported by technology. Still, his reputation for being a moving target follows him.

In 2013, he was awarded the Guinness world record for the largest collection of airline boarding passes (1,800), thanks to his habit of never throwing them away. The record still stands, and the collection now tops 2,300.

“I'm pretty sure there may be colleagues in Wärtsilä and around the world who have travelled more than me, but I'm the only one who has the evidence. Sometimes paper matters,” he jokes.

It was on those long-haul flights that he began writing. What started as a way to pass the time eventually turned into a side-career - as an author. He has so far published eight books, mostly novels revolving around the sailing life.

Where does he find the energy for so much activity? With more activity, naturally.

“Lately I've become a runner. Running a half-marathon, surprisingly, is a great way to generate new ideas. You run, you detach yourself from your stresses and worries, and suddenly an idea pops out and you say 'A-ha! This is good.'”

Catch him if you can.