In the future, there may not be enough land to satisfy man’s needs. Experts believe that as population rises and climate change realities loom large, Terra Firma (solid earth) will get scarcer and give rise to a new floating world on the oceans and seas. How can that happen?

In the future, there may not be enough land to satisfy man’s needs. Experts believe that as population rises and climate change realities loom large, Terra Firma (solid earth) will get scarcer and give rise to a new floating world on the oceans and seas. How can that happen?

A floating pen for mariculture with no environmental footprint; Offshore Membrane Enclosures for Growing Algae to produce biofuel; a self-sustainable, submerged astronaut training facility to simulate living in the depths of space; ocean thermal energy conversion, floating solar-powered bike paths, floating solar and wind farms, floating urban dairy farms and even autonomous floating communities or cities with their own cryptocurrencies!

This is not a sneak peek into the future but a reality that’s already taking shape across oceans and seas around the world.

Why float? Well, because given the expected population growth, there just won’t be enough land for human beings in the future. The United Nations projects that the world’s population will increase by 1 billion in the next 15 years. That’s almost two-thirds of China total population in 2018. It estimates that world population will reach 8.5 billion by 2030, 9.7 billion by 2050 and 11.2 billion by 2100.

According to a Stanford University research, by 2050, all the reserve land in the world will be used on account of increasing demand for food, biofuels, industrial forestry, and urbanisation.  Experts expect additional pressure on coastal regions because of rising sea levels due to climate change. Add the fact that oceans and seas account for half the surface of the earth and one can understand why there’s a need or fascination to build a new ‘floating world’ that is both environment-friendly and mobile. 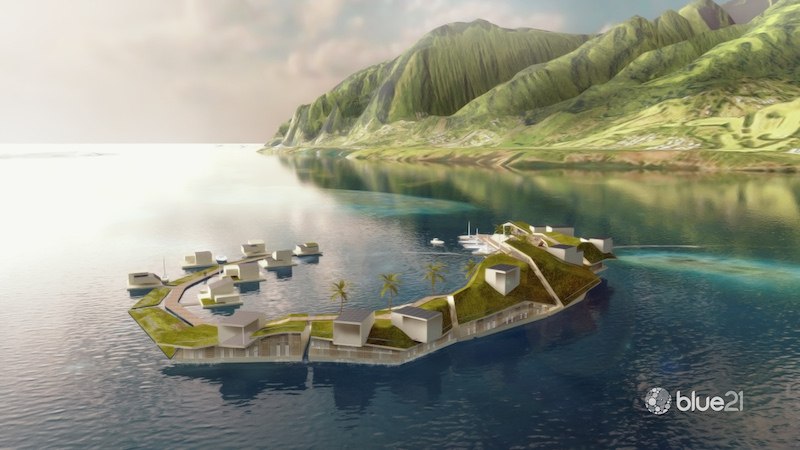 “Nothing lasts forever, and in order to survive, we must adapt. Currently, there is a shortage of land, what if you could create more where it’s needed? The price of a barge is roughly one-third of the price of land of similar size in the capital cities of the world, and the barge already has the expensive infrastructure and foundation necessary to erect buildings on top,” says Amos Ahola, Director, communications and branding, Wärtsilä, who has been very interested in and fascinated by the concept of floating cities for quite some time now. Ahola had even pitched the idea of floating cities to Wärtsilä’s Venture Board, in 2017. His idea was one of the seven that were shortlisted (from a pool of 96 submissions) by the board.

“What if you could move the land around if and when needed? This would significantly reduce risks associated with the construction industry. Perhaps this opens an even bigger opportunity,” he wonders.

The Seasteading Institute, a non-profit think tank (seed funded by Peter Thiel, co-founder of PayPal) has been working on the concept of creating settlements on the sea called ‘seasteads’ since a decade. It is in the midst of executing a pilot project to build a floating settlement with 300 homes along with the government of French Polynesia.

“The cruise ship industry has already developed what I call pre-steading. Each cruise ship is self-governing by default. They often fly the flags of small countries like Panama or Liberia. Passengers sign a contract for onboard security and health care. If cruise ships floated permanently in international waters, they would be seasteads,” says Joe Quirk, author and communication director, The Seasteading Institute. 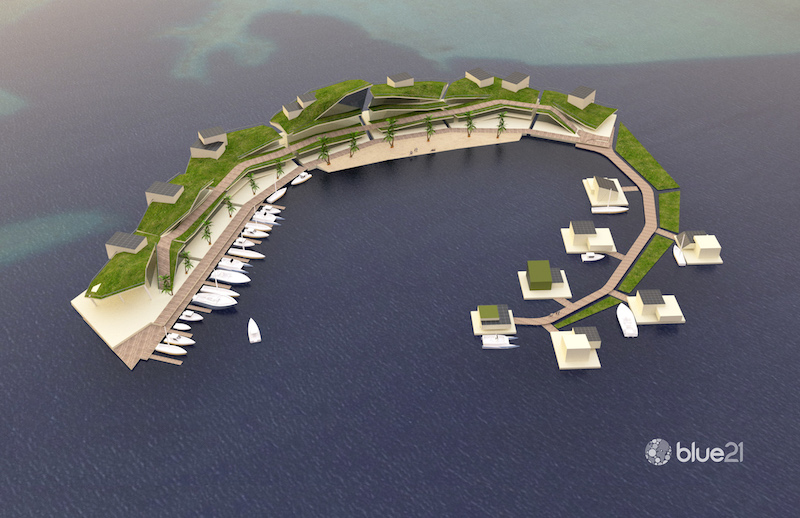 Take for instance the case of the world’s largest private residential ship, ‘The World’. This 644 feet facility was launched in 2002 and has 165 residences for luxury vacations. ‘The World’ has circumnavigated the globe across several ports and exotic destinations. Residents of ‘The World’ own their individual residences and collectively own the ship. This ensures that they build their experiences based on the standards they choose themselves.

In the past, several other such projects including the Freedom Ship (a luxury seafaring vessel for 50,000 people to live, work, retire, vacation or visit with its own international airport) and the Lilypad, a self-sufficient floating city to provide shelter for future climate change refugees, have also been proposed. With more industries and sectors like energy, infrastructure, etc. looking at ‘floating structures’ as an option, the world as we know it will change in a big way.

Ahola says, “Innovations will be centred around modular building and making the floating structures safe and steady in any weather. I believe that floating boroughs will start to grow around the world’s coastal cities in less than ten years.”

Welcome to the blue frontier

That, in turn, is expected to change the way future generations will live and behave. “Today's toddlers will be known as the Aquatic Generation, and many of them will live in mobile, modular floating societies that allow them to detach from seasteads they don't like and attach to those they do. Their start-up societies will set examples that will change the old land-based nations as significantly as Hong Kong changed China. Our grandchildren will consider our unsustainable land-based nations primitive because they will take for granted the innovations unleashed on the Blue Frontier,” says Quirk.

Experts say this ‘floating world’ is a huge window of opportunity for the global shipbuilding and design industry which is mandatorily bound to reduce emissions by 50% by 2030 as prescribed by the IMO early this year. Experts say that modular construction and 3D printing are helping speed things up in creating this new floating world. Thus, the new horizon is much closer to reality than envisioned before.