How should the Middle Eastern utilities rethink their energy systems to accelerate decarbonisation? Listen to experts from Mott MacDonald and Wärtsilä discuss the main operational and planning challenges to tackle.

AGL Energy is the largest energy producer in the Australian market, with a wide variety of generation assets including gigawatt scale renewable generation. In this episode of Rethink Energy, Louis Strydom, Senior Manager Project Development at Wärtsilä Energy, talks to Dave Johnson, General Manager Development at AGL Energy, about AGL’s experiences and insights on the journey towards decarbonisation and how AGL had to rethink its business model in the changing energy landscape.

From a fringe topic to the mainstream

“Decarbonisation, even ten years ago, was a relatively fringe discussion, but these days it’s really becoming the focal point for many utilities,” points out Strydom. “AGL is the largest CO2 emitter in Australia because of our three large baseload coal-fired power stations, so it’s fascinating to be right in the middle of this transition,” shares Johnson. “Many coal-fired power stations have been retired or are retiring soon, creating opportunities for wind and solar. But as more and more wind and solar has come in, the daytime price has been driven down. This means, as an operator of a big baseline coal-fired power station, you have to scale back generation. And as the price of solar generation becomes cheaper than the price of black-coal generation, we have to work out how to turn down even further.”

An increasing need for inertia

“I also think coal plants and big synchronous generators provide a critical service to the grid for synchronous inertia,” explains Johnson. “As more of these plants retire, it creates both a problem and an opportunity, but in the short term, it is a problem. And as more inverter-based generation comes in, more inertia is needed, when in fact there's more inertia coming out. We need to look at how batteries can help to provide synthetic inertia, but also whether there is a market for it, and whether companies will start getting paid. The roughly two gigawatts of rooftop solar built every year in Australia is further exacerbating the issue.”

“Variable renewable energy (VRE) has different impacts on portfolio requirements versus operational requirements,” points out Strydom. Johnson agrees: “You’ve got to look at where you’re putting VRE in the grid. We’re now at the point where we need significant grid upgrades to facilitate the next phase of our energy transition. Still, typically you need to look at the location and see what synchronous inertia is available or if it will need to be provided by some other means, as well as the marginal loss factors. There are many other things to consider too; in particular, the connection process is challenging and needs to be de-risked. The assets we’re typically looking at are batteries and peaking power stations, and key right now is the inertia and how we add to it.”

Investments for the future

“It seems stability and flexibility are key themes here and the two aren't quite the same, stability is often described by the inertia, which represents the robustness of your system, while flexibility is your capability of responding to changing load requirements via primary and secondary reserves,” observes Strydom. “In terms of those assets, what do you see as the main investment focus for AGL over the next few years, and how do you expect that to change over time?”

“Right now we’re particularly interested in peaking power stations like the reciprocating engine plant that we built,” says Johnson. “We designed that plant and commissioned it expecting to run about 2000 hours a year, but now it looks like we will be running well over 4000. I think we'll see a bigger role for peaking power stations and I also think batteries are going to come to the fore. They’re quite a different type of asset compared to a gas turbine, and you need to scope out what you want the battery to do now, what it will be able to do in two or three years, how the market will change and how the rules might change. You want the asset to be well placed to take advantage of – and not be disadvantaged by – future rule changes, so it's quite challenging to scope up a battery and work out the best way to future-proof it. The key things moving forward with both peaking power stations and batteries are stability and inertia – you've got to be meeting the inertia requirements and not detracting from stability in the grid.”

“There’s been a lot of talk about decarbonisation and digitalisation, but decentralisation is another key topic in terms of the power grid of the future,” points out Strydom. “The Australian grid was designed around the locations of the big coal-fired power stations,” agrees Johnson. “But wind and solar are often in different places, so if you were to design the grid that we need now and in the future, it wouldn't look anything like what we currently have. Because of this, the grid needs to be significantly upgraded and modified, and investment for that must be found.”

To find more key takeaways about tomorrow’s generation portfolio and the transition to renewable energy, watch the episode in full above. 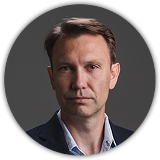 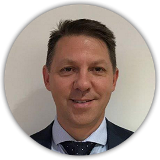