After a Covid gap, SMM returned in September and AHTI had a fantastic spot to watch it all happen! It was the perfect place to introduce AHTI to the world.

This wasn’t my first SMM, but it had some “firsts” in it and was special in many ways. Not only was it much awaited after way too long a break (the pain of which we have probably all felt with shipping still being so much a people business); not only was it the first time that I took not the role of the client and seafarer, but that of the supplier; not only did it now finally happen, but I could combine both roles into one – thanks to AHTI.

For all of us who claim to have salt water running through our veins, being on board a ship is the best and most credible habitat to welcome our customers, partners and friends. And they came in large numbers. The level of interest rather overwhelming from both the visitors we expected and the visitors we didn’t, and all provided a wealth of new perspectives and feedback. 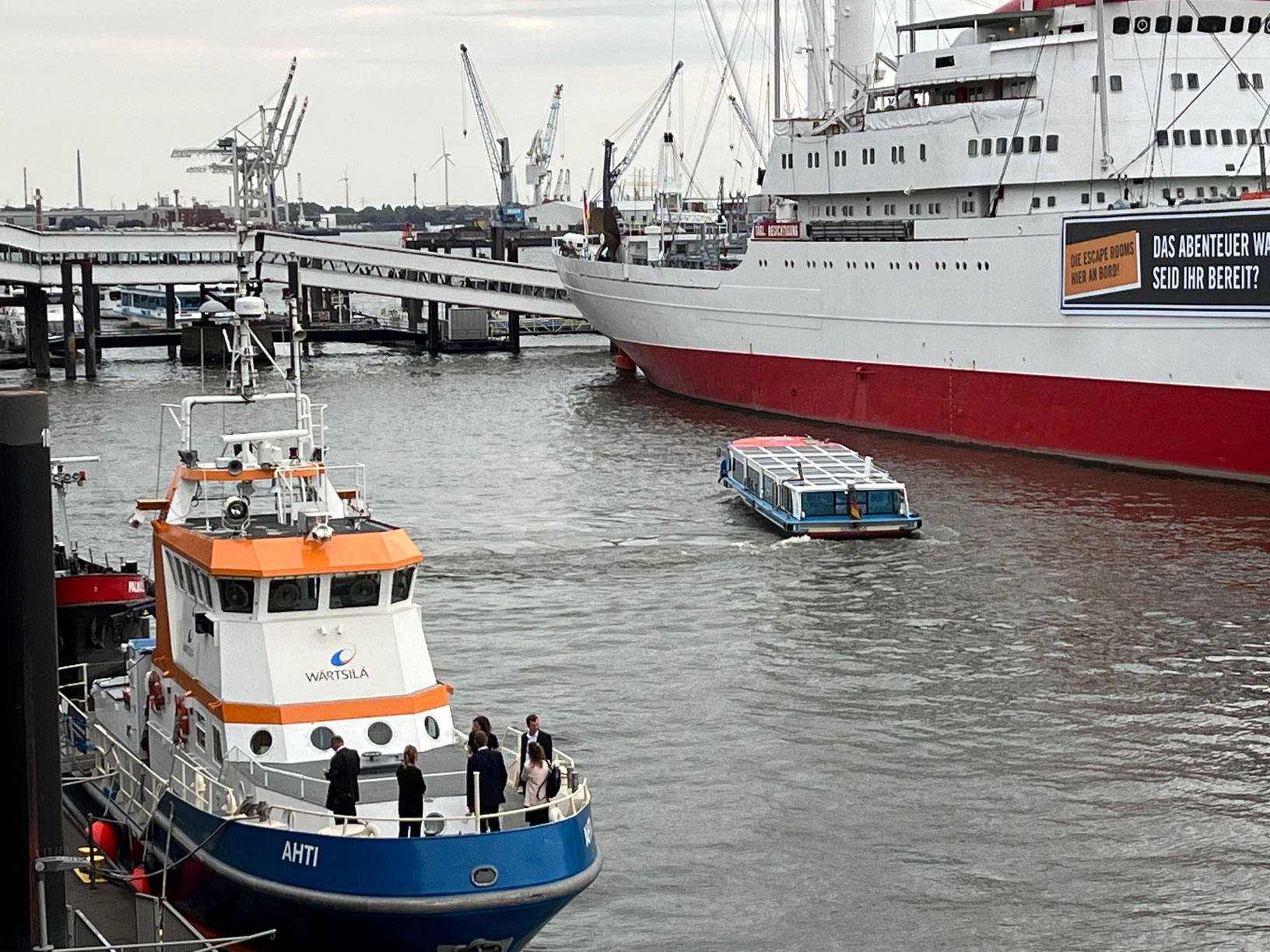 SMM attendees visiting AHTI while docked in Hamburg, next to the MS Cap San Diego.

What was really great to hear is that our move is universally welcomed as forward looking and possibly even a bit overdue. The general topic of “digitalisation” is considered to be needed everywhere, but possibly in a bit of a credibility crisis. Sticking the tech on a ship-lab adds the dose of credibility which it needs and turns everything tangible. After all, shipping is still a business which involves huge vehicles, machinery and cargo units and every product to support that has to be able to live up to the rigours of this operation. The belief that software is going to magically fix real-world problems is rather misleading. 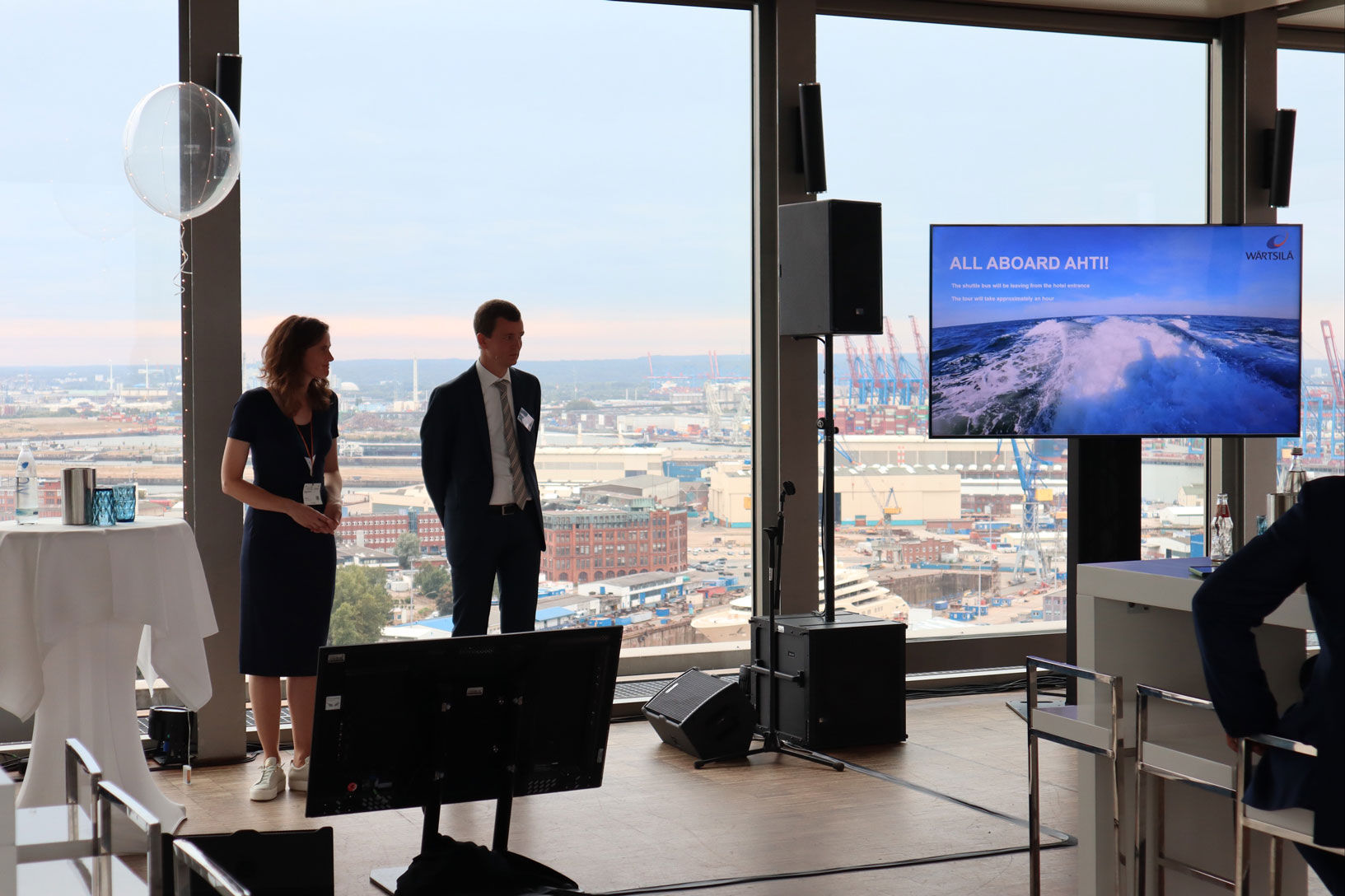 Sarah Barrett and Hendrik Busshoff speaking at a press launch for AHTI at SMM 2022.

SMM was exhausting, but filled with buzz and energy. This is only the start. Many of the conversation and contacts we had will turn into projects, products and collaboration. It has already begun.

Machine learning: The next maritime frontier?

As the availability of data for high performance computing is increasing alongside the adoption of automation, Markus Mannevaara, Senior Director,...

One of our targetless sensor systems designed to provide high levels of situational awareness in densely populated marine environments.