Yuanjun (Tedd) Gui: “Engineering is where I belong, I’ve always thought in that way”

Humble at heart, Yuanjun (Tedd) Gui was at first hesitant to share his story, considering himself too “boring” and “ordinary” for an interview article. But after speaking with the China-born Australia-based Field Service Area Manager, Middle East Asia, Wӓrtsilӓ Shaft Line Repair Services, nothing could be farther from the truth.

Since leaving high school, Tedd has lived intensely, earning a number of qualifications (including a bachelor’s degree in thermal and power engineering from the Shanghai University of Electric Power and a Master of Science in manufacture and mechanical engineering from The University of New South Wales), securing various high-profile positions (including with Toshiba and General Electric where he worked on turbines, generators, motors, and various industrial equipment), and emigrating to Thailand, Singapore and Australia – all before the age of 30.

Currently, Tedd lives in Sydney, Australia, with his wife Sylvia and their 14-month-old baby, Justin. “We’ve been here for about ten years,” says Tedd. “It’s been a challenge, but we are enjoying it now. Sydney is a great place to live. We’ve got the sunshine, the opera house, the beach, the wonderful people.

“The food scene is pretty good too. Food is very important in Chinese culture. Chinese parents don’t say they love you, they ask whether you’ve eaten. You know, you have to eat well and sleep well, and that’s how they express their feelings.

“My parents live nearby, so I still get to enjoy Mum’s cooking, and Justin gets to spend time with his grandparents. My ancestral roots are important to me. It’d be good to spend three-four months at a time in my birthplace once in a while, rediscovering where I’m from and recognising how far I’ve come. And it’d be good for Justin to find out about his ancestors.” Tedd's own childhood has had a massive impact on his major life choices. “Engineering was inevitable,” says Tedd. “My Mum was an engineer in machinery, which I found fascinating, and I enjoyed playing with machines. Outside of work, I’m an engineer – my wife often criticises me for that,” he says, smiling. “Engineering is where I belong, I’ve always thought in that way.”

Growing up, Tedd wanted to be a physicist and study black holes and time travel. However, as is often the case, life took him in a different direction. Although not quite black holes and time travel, marine engineering offers Tedd myriad opportunities to solve problems, get his hands dirty and work with a diverse set of people – all of which he considers personal strengths.

Even before embarking on a career in marine engineering, Tedd was already aware of Wӓrtsilӓ. “There was a Wӓrtsilӓ joint-venture in my local area, and I remember hearing about its good reputation. Only until later when our paths crossed did I find out why,” he says.

Since joining Wӓrtsilӓ, Tedd has been involved in the Growth Lab project, funded by the Wӓrtsilӓ CEO, which required him to travel to Helsinki a few times to meet the board of management and board of directors, alongside 18 other Wӓrtsilӓ employees. That was one of the last times he travelled. “Ordinally I travel three-four times a month,” he says. “But that may change now that I’m a father,” he adds tentatively, with a stoical grin-and-bear-it expression.

The gift of parenthood

In reality, fatherhood has been the biggest reward for Tedd over the last few months. “Baby Justin was born just before the pandemic hit, which made things challenging to say the least,” says Tedd. “Before we went into the birth room, I remember the nurse saying that this will be your last good sleep. It didn’t register at the time, but soon did,” he says, smiling.

“It’s hard sometimes being a parent, with the sleepless nights, especially alongside studying and working, but it’s worth it for the joy of being a father. In lockdown, not being able to travel much, I have had a good reason to be here, and it's really allowing me to develop a bond with him, which is important, I think.”

When Tedd's not working or taking care of baby Justin, he’s playing soccer for his local league. “I love soccer,” says Tedd. “I also enjoy a bit of classical music and learning. I suppose I’m what you might call a 'mature nerd',” he says, laughing.

On the next breath, and with the end of his MBA (business administration, Macquarie Graduate School of Management, Sydney) in sight, Tedd imagines life post-study. “That will probably be my last degree,” he says, smiling.

“Then, I have been approached by my lecturer to study a PhD in developing equipment for cancer research. My parents said it’s time to start a family though, so that’s what I’ve done. Maybe one day I'll return to academia.” 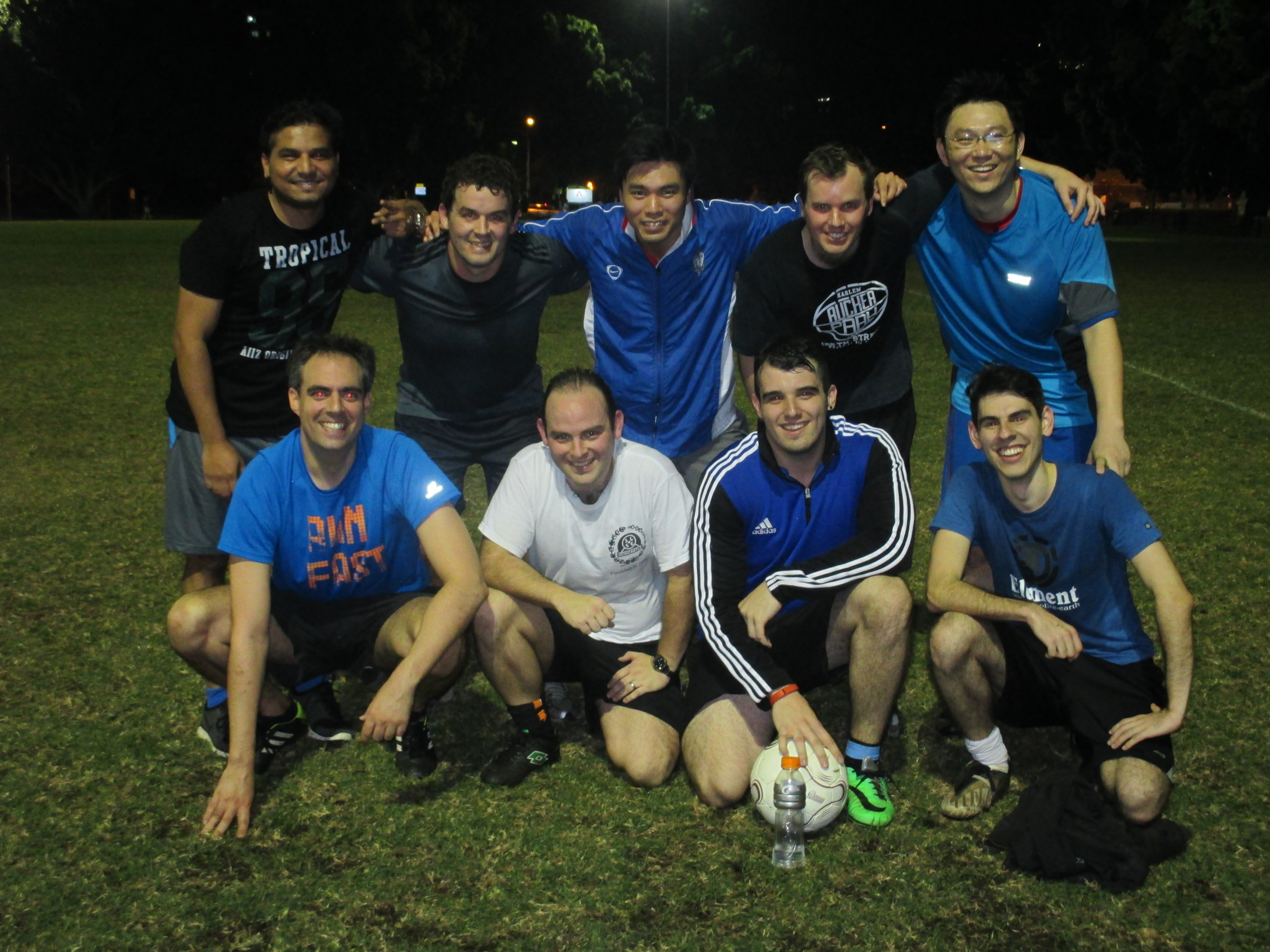 Hopes for the future

When things start opening back up again, the first thing Tedd is planning on doing is meeting his team. “My first stop will probably be the UK” says Tedd. “Due to COVID, I haven’t even had the opportunity to meet everyone face-to-face yet.

“Other than that, who knows, maybe I’ll study,” he says, playfully. “In all seriousness, I’ll probably keep myself open to various opportunities and continue developing professionally, and just enjoy the journey – wherever life takes me.”