What to expect from Smart Ports

Ports are an extremely important part of the maritime ecosystem and crucial to the world economy, says Bruce Mills, Business Development Lead for Wärtsilä Voyage. There are approximately 250 large and mega-large ports around the world and thousands of smaller operations that primarily handle local and domestic shipping. Most of these – if not all – can benefit from modern solutions and technologies to help them improve safety, security, environmental protection and to become more efficient and competitive.

Bruce’s focus is on the evolution of ‘smart’ ports, and he says that the industry “has only recently woken up to digitalisation and smart technologies, while other industries already have a decade or more of experience behind them. The marine industry “is a late adopter.”

But what is a ‘smart’ port? The Smart Ports Alliance (SPA) has published a manifesto that it says was written to “provide a set of common values and principles that any port can implement”. It puts people at the heart of ‘smart’. “A smart port equips the workforce with the relevant skills and technology to facilitate the movement of goods, delivery of services and smooth flow of information”, it says, while “smart port executives and senior management teams openly advocate the use of relevant technology to support technology-driven change in the business”.

A smart port equips the workforce with the relevant skills and technology to facilitate the movement of goods, delivery of services and smooth flow of information.

Mills acknowledges that technology is a vital element for smart ports, but some technologies that have been in use for many years – vessel traffic services (VTS) systems, IT infrastructure, radar, cameras and VHF communications for example – might have seemed smart at the time, but are less so now, because they simply collect and deliver data. In an echo of the SPA’s manifesto, Mills assesses whether systems are smart by their ability to produce outputs that can be used to support decisions. These include technologies such as port management information systems and machine-learning technologies that support remote pilotage and facilitate autonomous vessel operations.

Extending that definition to ports, smart ports share some specific attributes: “they are big, they have IT resources, they have budgets, and they have a vision”, he said, and Wärtsilä Voyage is involved in supporting their development.

One example of a forward-looking ports group is Associated British Ports (ABP). Being the UK’s leading ports group, ABP decided to digitalise operations at its 21 ports, aiming to accelerate the digital transformation of port calls and operations, making them as efficient, sustainable and safe as possible. The Wärtsilä Voyage technologies chosen for the project; Navi-Port, Navi-Harbour Vessel Traffic Services, and Port Management Information System (PMIS) will help ABP employees meet their targets, complement the company’s safety culture during port operations and optimise vessel planning and movements, which can have a positive impact on local, national and global supply chains.

The project, which began in June 2022, will span multiple phases across all of ABP’s ports. Wärtsilä’s Vessel Traffic Services system and Port Management Information System are expected to be integrated into the Port of Southampton before April 2023, with other solutions subsequently being deployed across ABP’s other 20 ports.

“If we know that one of our vessels is delayed, for whatever reason – could be weather, could be operations – and we tell that vessel to slow down a little, that data is readily available and can be shared across the many different stakeholders in the whole end-to-end supply chain,” says Harm van Weezel, CIO at Associated British Ports, when talking to The Stack.

They can conserve fuel, but they can arrive just in time. So it’s safer for them at a lower cost, and more efficient for us. So everybody, that whole supply chain benefits from having that quality of data at their fingertips. So that’s a great example where it helps from a customer satisfaction point of view, a sustainability point of view and cost benefit point of view, port efficiency point of view.

It is correctly highlighted that a key aim of the Wärtsilä Voyage’s cutting-edge port call optimisation system is to facilitate JiT arrivals and enhance the port’s ship traffic control protocols.

JIT has been around for decades but until now there has been no established procedure to share its benefits among all the stakeholders involved in a charter. At first sight, it seems to go against the common requirement in a voyage charter for a ship to proceed with ‘reasonable despatch’ to a port and, on arrival, give a ‘notice of readiness’ to mark the start of its period of hire.

But this can sometimes result in demurrage payments while waiting to load that exceed the cost of burning excess fuel to arrive early. This, Mills said, “is one of the biggest barriers” to JIT operations yet also one of the key benefits of smart ports.

Many shipping bodies have realised the need to overcome that barrier, including BIMCO, which published a Just-in-time arrival clause in February 2021 for voyage charters. This provides for a payment by a charterer to a ship’s owner to compensate for the extra time on the voyage, Mills explained.

An analysis published in September 2021 by the London law firm Preston & Turnbull expressed some doubts about how much the clause had been used but had no doubt that “shipping is only going in one direction: towards green shipping.” 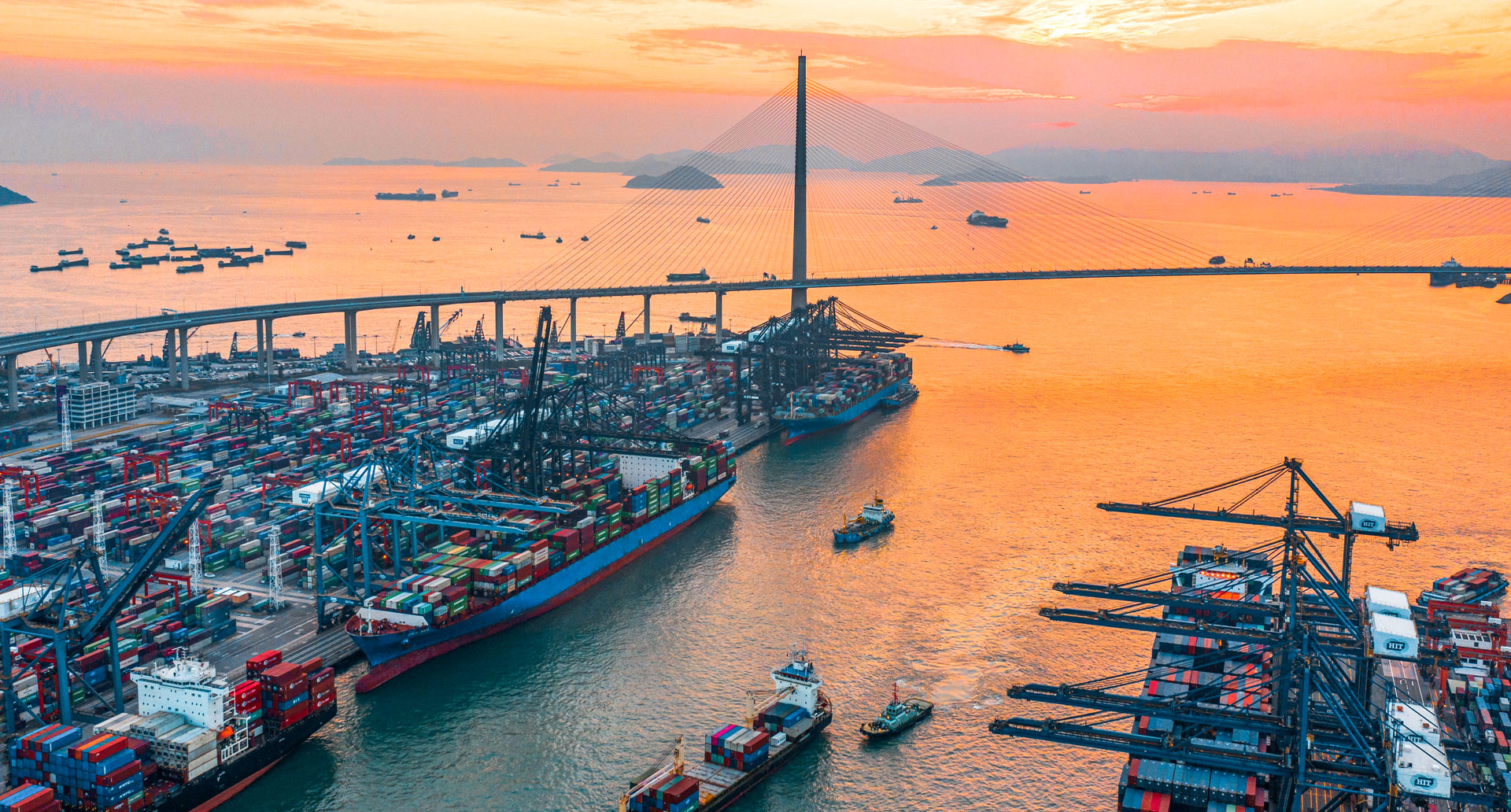 It referenced IMO’s adoption in June 2021 of mandatory measures requiring all ships to calculate their Energy Efficiency Existing Ship Index (EEXI) and to establish their annual operational carbon intensity indicator (CII) and CII rating, which links a ship’s GHG emissions to the amount of cargo carried and its distance travelled.

These will enter into force on 1 November this year with the requirements for EEXI and CII certification coming into effect from 1 January 2023, providing powerful incentives to take advantage of the fuel and time savings on offer from JIT and smart port operations, Mills said.

He also identified market incentives to avoid unnecessary fuel use, such as the Sea Cargo Charter to which many well-known charterers and operators have signed up. This is intended to encourage the transparent reporting of greenhouse gas emissions from shipping and its signatories have committed themselves to insist on a clause being included in their charters requiring “a duly completed fuel emission report … within seven days of completing the voyage”.

There is also pressure on ship operators from their shareholders and the wider community because the need to decarbonise and reduce greenhouse gas emissions has become a factor in everyday decisions, he added.

For smart ports to become established, information and how it is handled will be critical to meet the requirement that it will support decisions. Wärtsilä Voyage can enable this process because a large number of ships have Wärtsilä equipment on board and their operators can give permission for it to be accessed remotely for software such as Navi-Port to make predictions and plan for a ship’s arrival in port and to arrange the services and equipment it will need.

In a conventional port, a single vessel call might generate hundreds of emails among all the various parties involved in its business, creating many opportunities for errors. With smart ports, this will be a thing of the past.

“Our systems put it all the information onto a portal that is accessible by any of the stakeholders”, Mills said, using application programming interfaces (APIs) where necessary to link the various third-party IT systems. Some of the organisations involved might be competitors, which makes confidentiality critical, but the reward will be an end-to-end process from the ship’s arrival – guided by JIT principles – to its cargo leaving the port for delivery.

Looking further ahead, he believes that smart port technology can provide many of the benefits expected from autonomous vessels. They might be fitted with sensors, radars and cameras to ensure that two vessels are not in the same place at the same time, but “for me, that's a planning and coordination task”.

He looks forward to a future in which a smart port’s own systems would identify such risks and prevent ships from getting into such situations. Anything else would be a safety net, he believes.

If you're relying on radars and cameras to avoid a collision, that’s too late.

Even now, ports are investing in systems and management as they move towards a smart future. Once a business environment and infrastructure have been established that is aligned with all the stakeholders in a port call, with incentives to adopt JIT, shipping will inevitably be set on a path to be cleaner, more efficient and less intrusive on the communities they serve.

In conclusion we would like to thank Mr Harm Van Weezel, Chief Information Officer at Associated British Ports, who said “We are delighted to be working with Wärtsilä on a programme that really delivers towards our vision of a modern, digital port. Wärtsilä’s approach – forming a deep and long-term partnership that is mutually beneficial to both organisations – really stood out to everyone at ABP. We are looking forward to the vast benefits this programme will bring.”