Virtual reality in the world of training

Digitalisation Technology
5 min read
Published
07 Aug 2019
Text
David J. Cord
Photo
Wärtsilä
Virtual reality (VR) is more than a new way to play games. Training in the virtual world can be a great tool to learn what to do in the real one.

have a flat tyre but can’t figure out how to use the emergency jack in my car. Luckily I have my smartphone, so I can find a tutorial video and learn what to do. This everyday occurrence is actually a taste of what it is like to learn something using mixed reality.

All of these methods are becoming increasingly common while learning new things. Formula One drivers use simulators – a VR tool – to learn how their cars behave. Students from around the world can come together in a common virtual space.

“There can be many benefits of training in VR compared to real world training,” Tenhunen says. “It can be cheaper, safer, include remote participants and give access to difficult places.” There can be even other benefits to training with VR, as Wärtsilä recently discovered.

“We began using VR for maintenance training on our Wärtsilä 31 engine before the training engine was finished,” says Aleksi Kirjonen, Chief Designer at Wärtsilä. “We were able to begin training earlier because of VR.”

The project began small in 2017 with the goal of teaching specialists how hydraulic nut tightening would occur on the Wärtsilä 31. Yet an added benefit was that the process was universal and could apply to all Wärtsilä’s engines.

“Another thing that is good about this is we can have more people go through training,” says Tayfun Pisirici, Wärtsilä Training Development Manager. “For example, if we have one set of practice hydraulic jacks only one person can train at a time. With VR many people can train simultaneously.” 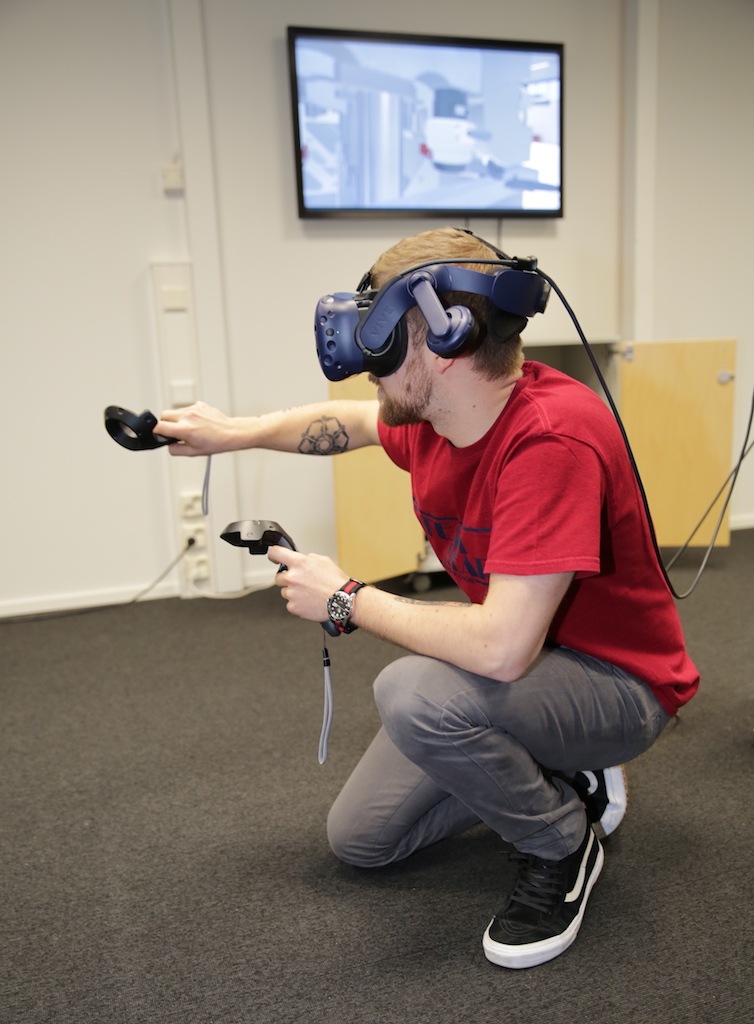 “I’ve never tried virtual reality before and didn’t know what to expect from it,” he says. “It turned out to be good fun.”

Hansen was no novice to the procedure and had done it many times in his work. This made him an excellent participant in the training because he could compare the VR version to how it is really done.

“I don’t have any suggestions how to improve the training because it is already quite good,” he says. “Of course, in real life you use a heavy tool which you don’t hold in VR, so the sensation of working is different. The graphics are simple. Also, when you put a nut in the right place it automatically jumps into position, which doesn’t happen in reality. When you are really doing it you need to thread it and make it fit properly.”

Yet these are all minor points and overall Hansen was pleased with the VR training.

“It was realistic and felt better than I expected,” he says. “The training explained how the tools work as well as the positioning and order of the parts. It would be good for someone new and could really speed up their training.” 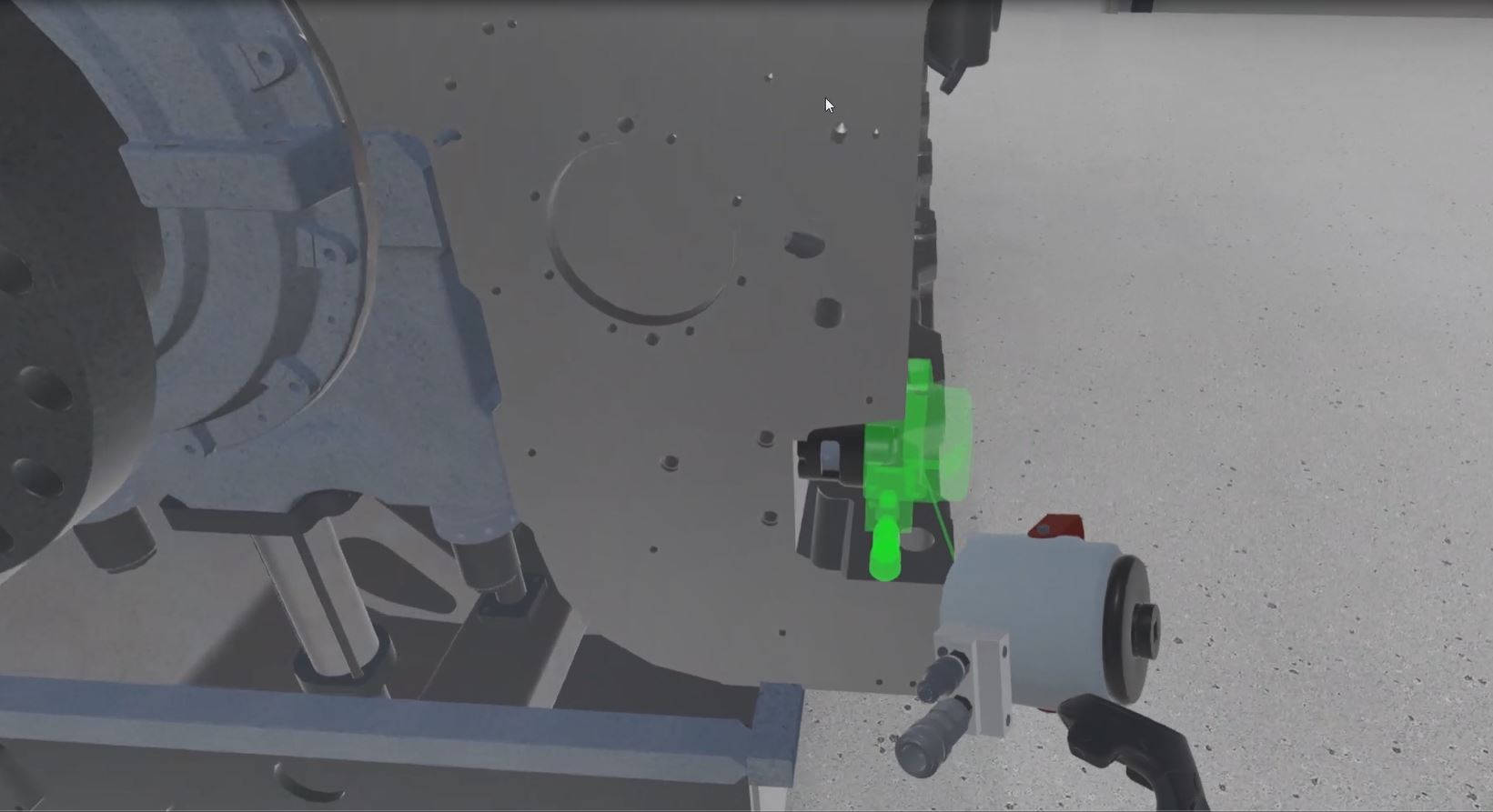 A visual from the VR maintenance training program.

VR is useful in a variety of ways. The marine industry uses it extensively in design and safety applications, but VR training is still in its infancy and Wärtsilä is among the front-runners in this field.

“It is still an open question if VR training works,” says Kasper Söderlund, Designer at Wärtsilä. “We need hard measurements for proof, not assumptions. It will not replace traditional hands-on training, but we have a strong belief that this would be a good addition.”

Hansen also believes VR training has great potential. In fact, he is already thinking of other training applications for it.

“In a way what we currently have is only a demonstration of what can be done,” Hansen says. “I can imagine using VR for more extensive training, such as commissioning a new engine. That process would be very extensive and heavy work.”

An AI spark to illuminate a greener world

Innovative AI technology is transforming how energy is produced, stored, distributed, and consumed. The end result is not just convenience but a...