The key to the locks of St. Lawrence Seaway

The Saint Lawrence Seaway is a system of locks, canals, and channels which stretch from the Montreal, Quebec to Lake Erie, allowing the passage of ocean-going vessels from the Atlantic Ocean to the Great Lakes of North America, and can be considered one of the most important transportation links in North America. Although the operation of locks on the Saint Lawrence Seaway dates back to 1829 with the First Welland Canal, the seaway officially opened in 1959 following significant investments by both the Canadian and United States government. The seaway has since remained a vital transportation link for moving goods between international markets and North America’s heartland, with ships moving roughly a quarter billion tons of cargo along its route annually. 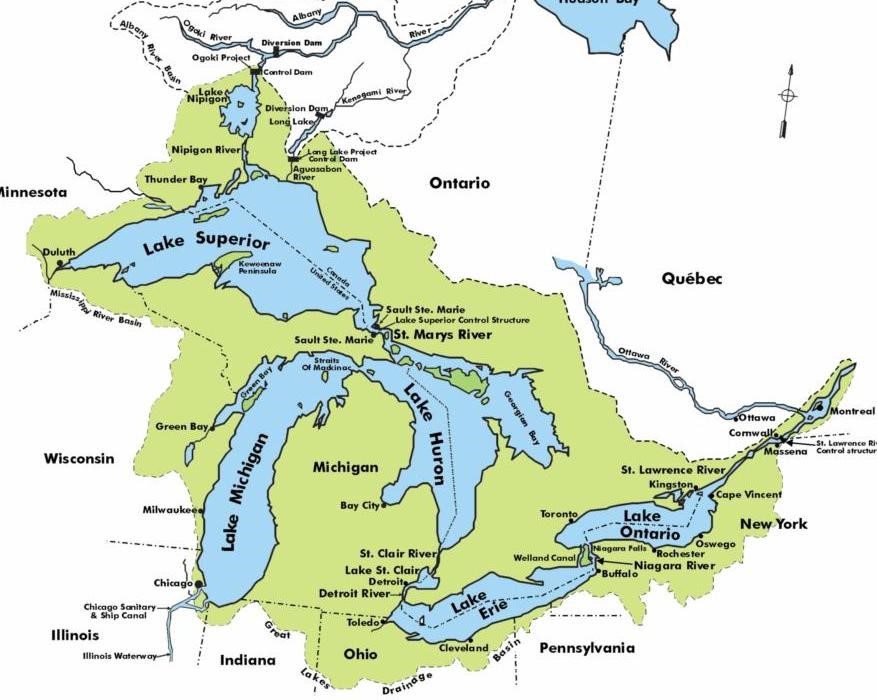 Responsibility for the passage of ships through a significant number of the seaway’s lock, weir, and bridge structures falls under the St. Lawrence Seaway Management Corporation (SLSMC). Divided into the Maisonneuve operating region and the Niagara operating region, the SLSMC operates a total of 16 locks, 18 lift/bascule/swing bridges, and 10 sluice style weir structures. Each region is also served by its own advanced operations control center, with one located in Saint-Lambert, Quebec and the other in St. Catharines, Ontario.

Additionally, the SLSMC must communicate with many external agencies and systems during seaway operations: regional municipalities to notify the public of bridge statuses and upcoming operations, the Canadian National and Pacific Railway Companies to notify position and status of rail bridges, a Maisonneuve Region company operating four weir/generator stations along the Montreal-Lake Ontario portion of the seaway, and a Niagara Region company operating three weir/generator stations along the Welland Canal.

In addition to utilizing the latest available tracking, mooring, and communications technologies, seaway operator training is crucial to carrying out safe and efficient seaway operations. Due to the complexities involved in providing a realistic training environment which could closely align with actual control center operations, the SLSMC decided that a state-of-the-art simulator would be necessary for operator training. More specifically, this simulator would need to be developed to replicate the look and feel of the existing operations control center workstations, mimic the controls and communication systems utilized by the operators, and provide high fidelity lock, area, and vessel models which could provide the utmost environmental realism.  Additionally, the simulator would need to include a comprehensive set of instructional tools which would allow for training scenario development, instructor or student led trainings, objective scoring of trainees, and provide debriefing functionalities.

Following an extensive vetting process, Wärtsilä Voyage and NavSim Services, a partner of 20 years, were selected by the SLSMC to carry out the development and implementation of this new Lock Operations Simulator. Wärtsilä has been involved in the development of advanced maritime navigational, engineering, and operational simulators for over 23 years, and has over 5500 marine simulation systems installed around the world. Wärtsilä’s long track record, proficiency in the integration of third-party hardware, and extensive in-house custom simulation development capabilities were integral in being awarded this contract. The initial contract was signed in May of 2019 and developmental work on the project began immediately. Following the development, installation, and commissioning phases, SLSMC began full utilization of the simulator during the 1st quarter of 2021.

Each trainee station’s hardware set includes a series of displays for both lock monitoring & control and simulated CCTV system coverage. In addition to the displays, dedicated hardware was utilized for key areas of the human machine interface in order to mimic the exact system controls used at the actual operator control stations. The instructor control & monitoring stations have a similar complement of displays for the purpose of controlling and monitoring the trainee stations, as well as scenario development and debriefing functionalities. Each student and instructor station is equipped with commercial specification Windows based PCs, which are all connected to dedicated servers through the supplied network infrastructure. 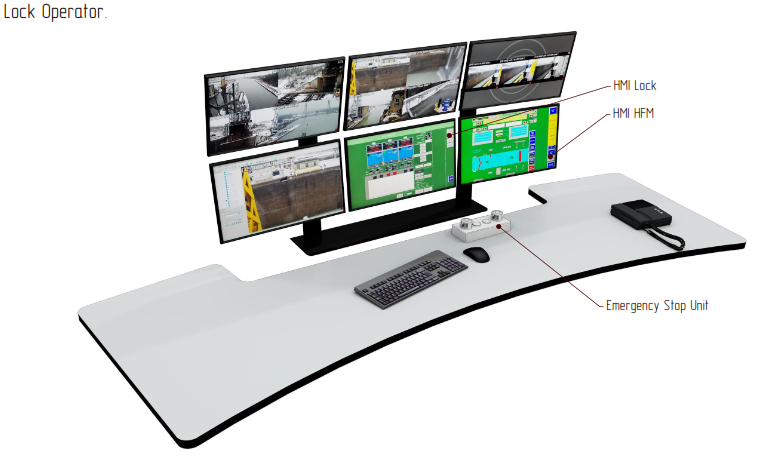 Wärtsilä's NTPRO 5000 simulation software runs on both the instructor and student stations.  The instructor station utilizes the NTPRO 5000 instructor control and monitoring suite of tools which enables exercise creation, student monitoring, interaction with the students, debriefing, replay, and training review. Also included with the installed system are capabilities for Tug operations and Mooring, AIS messaging, and E-Tutor automated evaluation and assessment tools. Many vessels / owners utilizing the seaway are also equipped with Wärtsilä navigational systems and Fleet Optimisation Solution (FOS). Data from these systems can be utilized within the SLSMC’s lock operations simulator to develop training scenarios which are based on actual vessel transits of the seaway and locks.

Although Wärtsilä’s existing database of areas and models already covered the majority of the seaway and several vessels operating within the region, significant development was carried out to enhance four of these key areas and provide five additional project specific vessel models. In addition to this project specific area and model development, Wärtsilä developed and delivered nine specific operating scenarios which covered everything from typical seaway transits to abnormal operations. 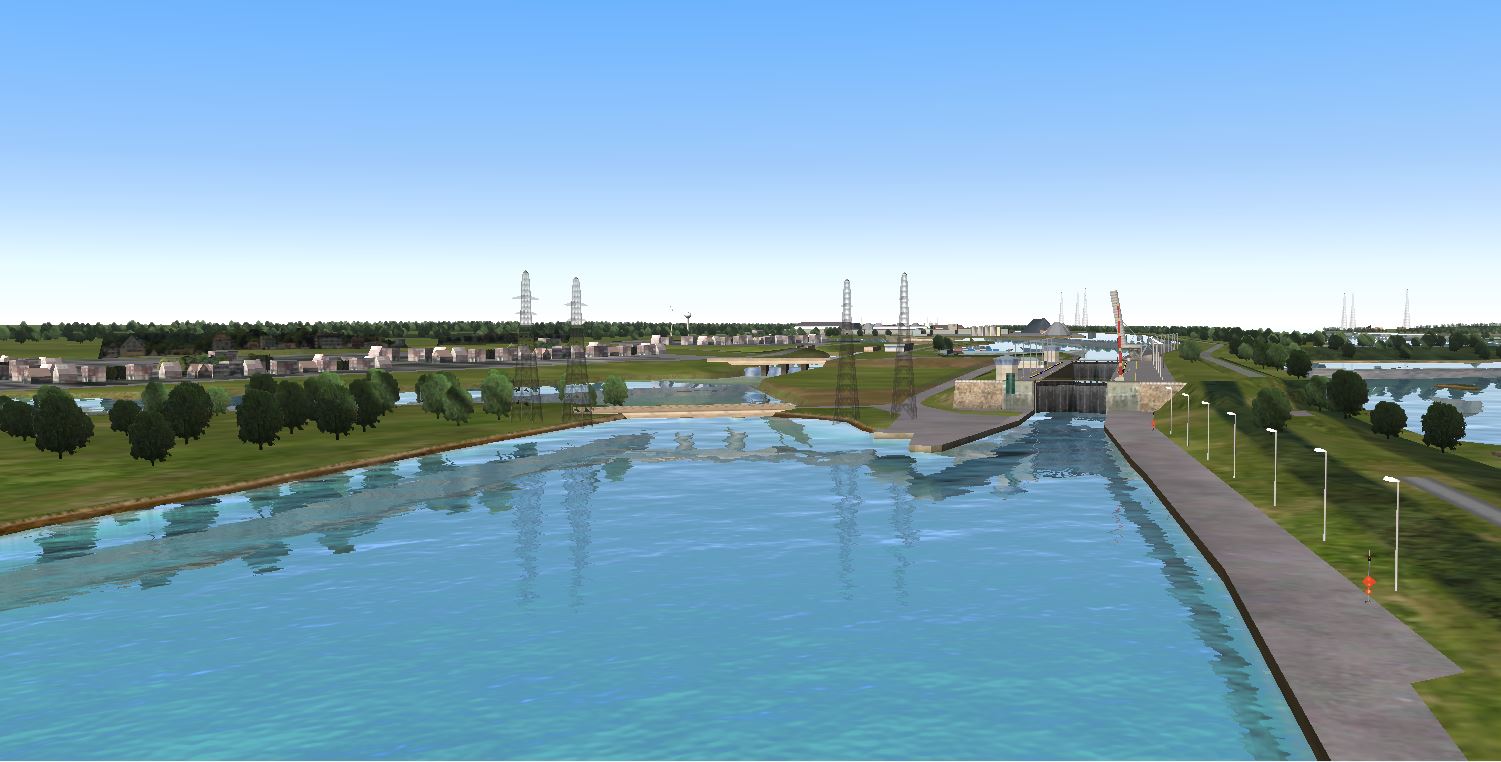 “The Simulation System utilizes a HIL (Hardware in Loop) design where the control hardware consists of real-world systems including PLC, CCTV video, HFM (Hands-Free Mooring) and Laser range finding. These systems are stimulated by the NTPRO 5000 simulator ensuring the most real-world feel and operations for the trainees,” explains Gregg Ferrando, Senior Project Manager, Wärtsilä Voyage.

“The NTPRO 5000 simulator interfaces to the Seaway hardware via an OPC interface. This enables the operators to use the actual Seaway HMI (Human Machine Interface) for their training. The benefit of this design is that, in addition to an “Authentic Experience” for the operator trainee, it also enables the SLSMC to modify, update and test their HMI and Lock Process Control hardware without affecting the Wärtsilä Simulator interface,” added Tony Kunecki, President of NavSim Service, Inc.

Wärtsilä Voyage also developed self-locking ships used in the simulator and exercises run by the end-user for training purposes along with two extremely high-resolution areas for training - the Welland Canal in Ontario and the Maisonneuve area near Montreal in Canada.

The St. Lawrence Seaway is vital to trade within North America, and we’re honored to play a role in that by providing the SLSMC with our latest simulation technologies.

Support for this project following the commissioning phase comes from Wärtsilä’s Smart Support  which provides 24/7 remote support from a team of certified virtual support engineers.  Immediate support response times and access to relevant information is facilitated through the Smart Support Portal. The customer’s dedicated portal also provides instant feedback and status updates on any existing support cases. The SLSMC has the option to extend this support agreement to ensure reduced maintenance costs and maximum system uptime for many years to come. 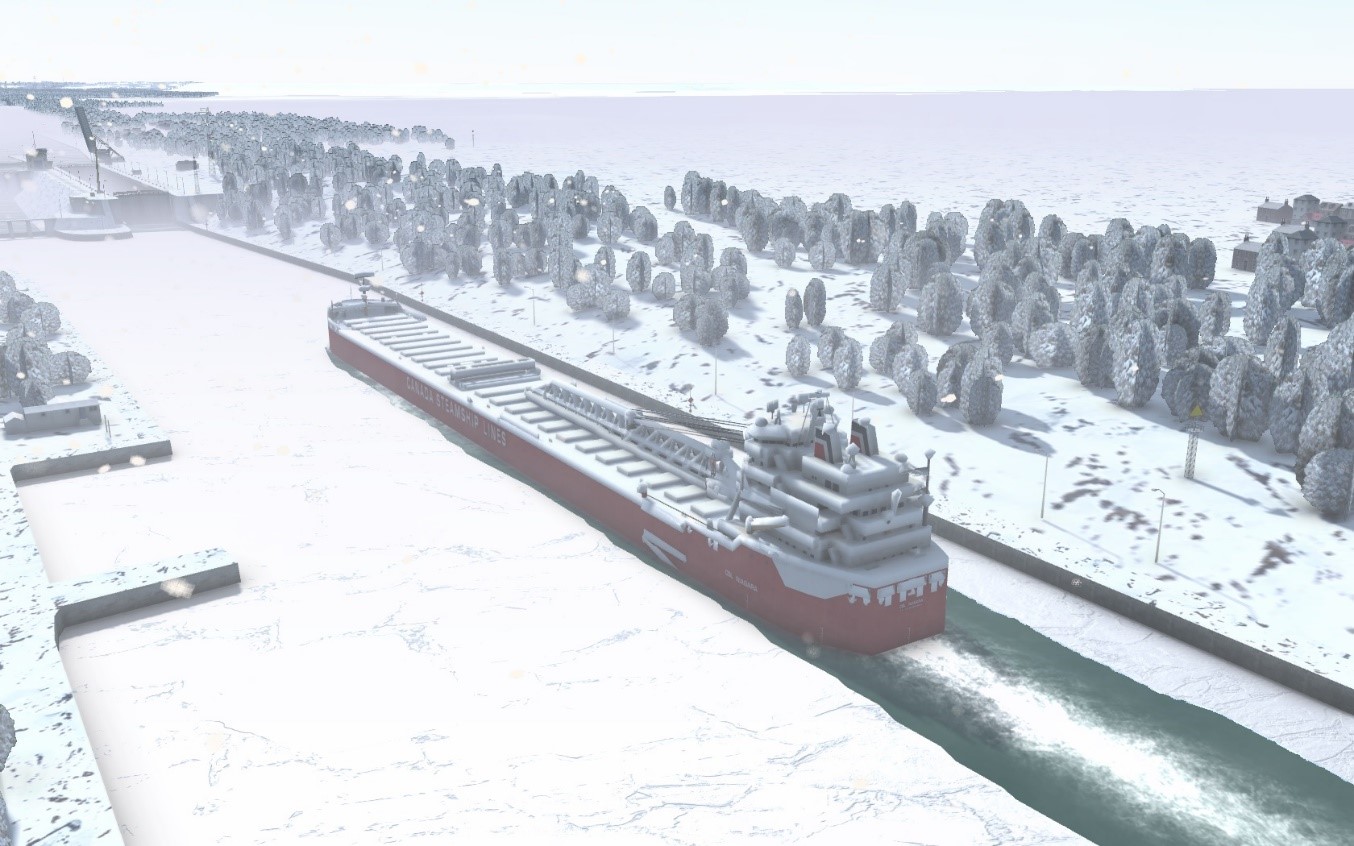 A massive technological change is underway throughout the maritime industry. Smart digital technologies and new ways of working are creating a...