The decision making and logic that has helped ports reduce collision risks will soon be used onboard to help ship operators plot safe paths through busy waters.

The fanfare that accompanies technological breakthroughs can obscure a mundane truth. Often it is the many slow, small steps - not the giant leaps - that make all the difference. The developing logic powering smart navigation systems, and indeed shipping’s acceptance of vessel autonomy, are both perfect examples.

“We’re not trying to make all the ships fully autonomous tomorrow, but we can retrofit systems that bring new possibilities moving towards less work onboard, less human error and better performance.”

Already today there are systems onboard ships that can hold a steady course, detect navigational anomalies, optimise routes for weather or fuel consumption and send accurate estimated times of arrival. The fully self-sailing vessel, if shipowners want it, will be an evolution of systems that are commercially available today.

This step-wise approach is the lynchpin of Wärtsilä’s vision for vessel autonomy, detailed in a recent white paper. It is also evident in the evolution of the decision making and logic which, combined with situational awareness and control, is one of the building blocks of smart navigation.

Autonomy in navigation comes from two separate sources. On the one hand there is the well-established logic of dynamic positioning and autopilot – cancelling out extraneous factors to hold a course or location relative to predefined waypoints. On the other hand, there is the artificial intelligence that is bringing together ECDIS, radar and simulation.

“ECDIS and radar were designed to prevent collisions,” says Ozersky. “Navigation became more advanced with the arrival of ARPA [Automatic Radar Plotting Aids], which could show vessel course and speed information. Then came a function called ‘trial manoeuvre’ where you could enter your course and the system would tell you if it was safe.”

With greater processing power came the possibility to trial all possible manoeuvres and pick the best one. This function – essentially collision avoidance – is part of Wärtsilä’s Advanced Intelligent Manoeuvring (AIM). So far AIM has only been deployed by ports, as part of the Vessel Traffic Management (VTM) system. But if AIM could be connected to ECDIS, it could theoretically steer the vessel.

The intelligence in AIM is itself based on two inputs. First are the rules of how vessels ‘should’ behave. In shipping these rules are the IMO’s COLREGS, or collision regulations. But these are designed to be human-centric, calling for ‘reasonable’ judgements for example, so are not very computer friendly. Hence the need for the second input – real life experience of how vessels behave. 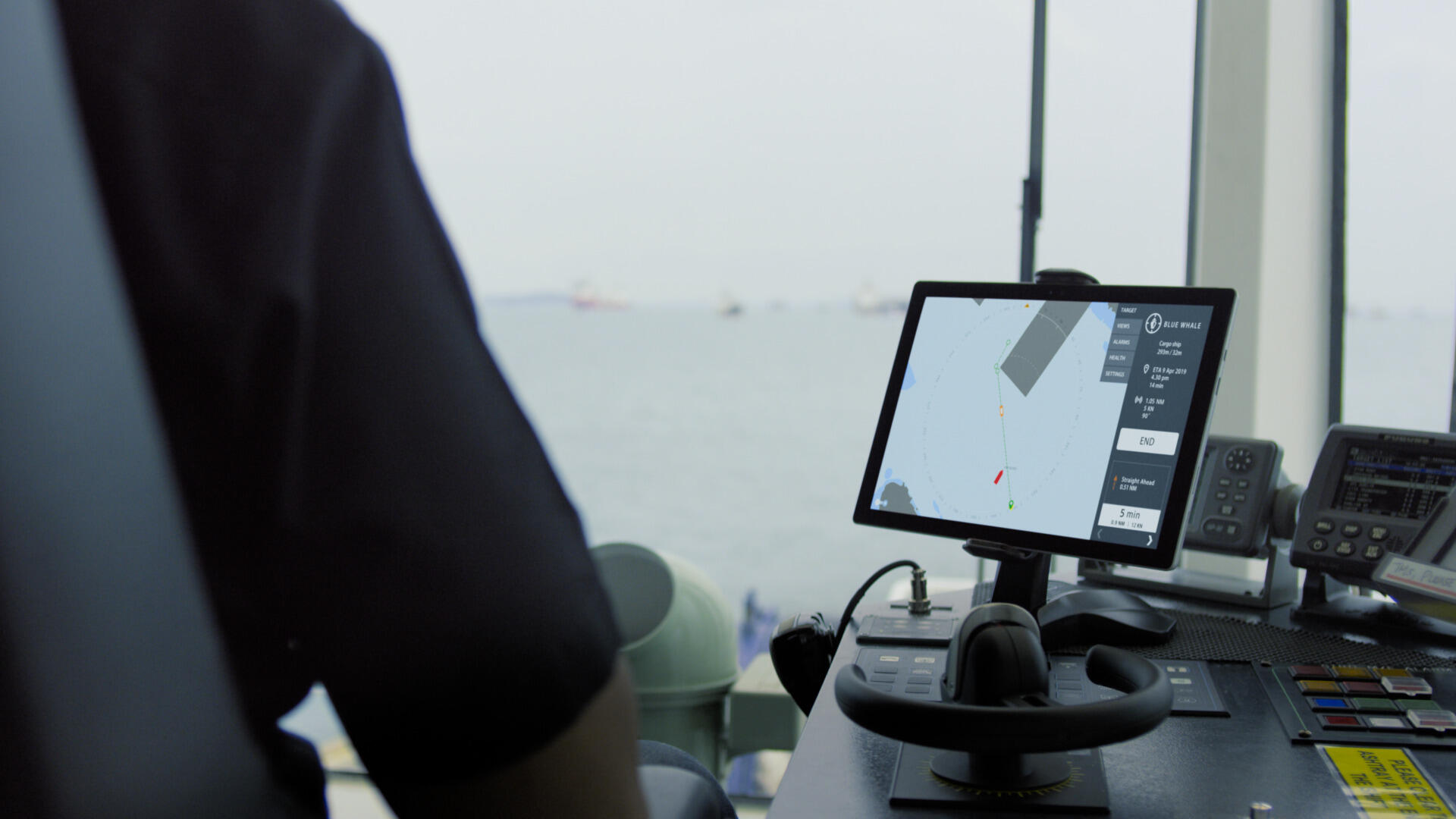 The experience – or more properly, the telemetry data - that feeds into AIM’s machine learning comes from the ports that are already using AIM in their traffic management. Data also comes from vessels that have installed Wärtsilä’s connected ECDIS and intelligent navigation system, Fleet Operations Solution (FOS). One of the FOS modules, Anomaly Detection, logs navigational incidents and recommends corrections. This is all valuable experience to help AIM learn how COLREGS are applied or otherwise in different situations.

The next step towards vessel autonomy is for AIM to be tested for use on vessels. A pilot installation has been launched and a simulator study has been completed at Chalmers University. The Lighthouse COLREGS project, sponsored by the Swedish Transport Administration, investigated introducing algorithmic navigation systems for avoiding collisions and groundings. Among the questions the study asked, Chalmers investigated whether traffic situations involving human operators and autonomous vessels could be safely resolved and how to identify required parameters of AI and machine learning critical to decision support algorithms for smart/autonomous vessels.

Reto Weber, Simulator Manager at Chalmers University, explains: “We are not claiming that human operators always make good decisions, but it is interesting to see how closely the AIM suggestions match their plans. If AIM suggests the same decisions as a human operator, then you would not know if a ship is unmanned or not.”

The ability of AIM to navigate like a human is an important standard – but it does not mean navigation perfection. Human navigators can make bad decisions, and one of the pitfalls of machine learning is that machines learn human mistakes too. However, at this stage of testing, what the Chalmers study is able to see is whether the suggestions AIM offers align with what people planned to do. Thus, another element of the work at Chalmers - looking at the usefulness of AIM in assisting rather than replacing a human operator – would be the first step for deploying the system commercially. Hussain Quarashi, Manager, Strategic Innovation, Wärtsilä Voyage, believes there is a clear demand for AIM in some segments.

“The value of AIM’s collision avoidance algorithms really comes into play in coastal shipping, inland waterways and in ports,” he says. “We’ve seen a normalisation of risk for some clients, for example ferry operators in busy ports experiencing lots of near misses. They see this as normal, but it will eventually lead to loss.”

Quarashi expects AIM to be commercialised as a decision-support tool this year. This will mean that Wärtsilä Voyage will then be able to offer all three of the building blocks to full autonomy – situational awareness, decision making and logic, and control. However, he stresses though that full autonomy is not necessarily the goal.

Our step-wise approach means customers may adopt the building blocks independently of each other, allowing them to start with whichever brings them the greatest real-world benefits first.

The decision making and logic driving AIM is a key component of Wärtsilä Voyage’s stepwise approach to vessel autonomy. And while it promises significant efficiencies for operators choosing to use it for decision support, there may be several steps yet before it is steering unmanned vessels.