According to astronaut Tim Peake, knowing what is going on around you is an important lesson when you become a pilot. In space as on the sea, insurer Allianz estimates that human error contributes to 76-90% of all vessel casualties. The scale of modern vessels, the distances they travel and the traffic they encounter challenge effective watchkeeping in even the most competent crew.

Situational awareness solutions are designed to minimise the human element of maritime risk. Wärtsilä’s smart sensor cameras and radars have long provided critical support and information to bridge crew. Enhanced with cutting-edge technologies, these established systems are becoming smarter and opening the path to even wider application. 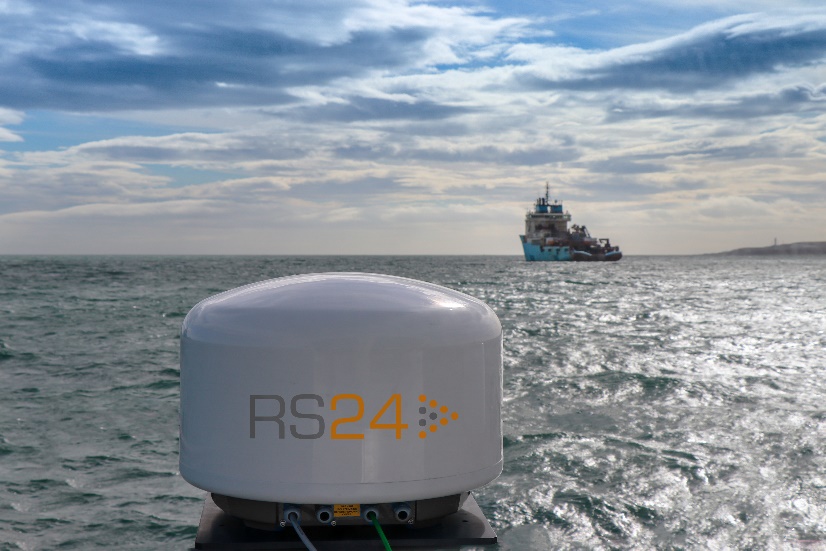 Smart sensors do not replace leadership, experience or intuition; rather they are compensating for the human factors that increase risk. Sensors do not get tired or lose concentration and they can look in all directions at the same time. Like human crew, they can also raise an alert if they detect a potential hazard or the vessel position unexpectedly deviates from its course.

The next step is to combine data from multiple sensors to build a complete digital picture of the maritime environment around a vessel to identify potential hazards. Such enhanced situational awareness enables safer manoeuvring in ports and harbours, effective navigation through crowded waterways, hazardous target identification and environmental monitoring. Smart sensors on tugs and ferries inform decision making, mitigating the effects of poor visibility, and eliminating radar blind spots.

A feast for the sensors

The pursuit of autonomous vessels is leading to smarter systems that can enhance the safety, cost-efficiency and environmental performance of today’s vessel operations. At Wärtsilä we call this “Smart Autonomy,” and it means a commercially viable approach that can be applied today —as part of a longer journey towards an autonomous shipping future.

Situational awareness is a critical building block on the pathway to greater vessel autonomy. But Wärtsilä Voyage business development manager Dr Sasha Heriot is keen to emphasise that the benefits of smarter sensors do not lie in a distant future of unmanned vessels. Smart sensor technology already supports crews in routine manoeuvres, she says. High-resolution cameras are being deployed to provide a full 360° view around the vessel, eliminating blind spots so that the crew can understand their immediate surroundings when docking and safety manouevres. In other applications, high-resolution radar and high accuracy laser sensors are used to detect and identify objects at different distances from the vessel to optimise navigation route selection. 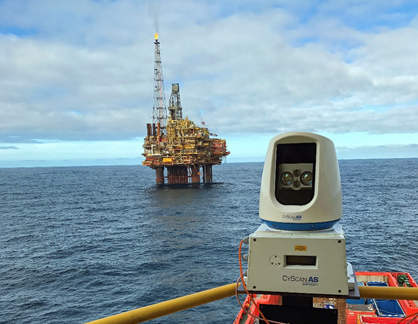 Integrated smart sensors work together to achieve operational effectiveness and increase safety, especially in busy ports and waterways, where incidents are most common.

These smart technologies that in some ways surpass human capability can be used to inform human decision-making and prevent casualties. For example, night vision cameras, laser, LIDAR and short-range high-resolution radar provides digital vision in conditions where humans are literally blind. In addition to monitoring what is happening around the vessel, onboard situational awareness also needs to be integrated with real-time navigational systems, making operational decision-making more seamless, increasing efficiency and making shipping safer.

This integration of sensors places some demands on vessel infrastructure and processes. On the hardware side, a well-balanced sensor suite around the vessel has to be supported by a server with enough processing power to handle large volumes of data in real time. Data fusion and analysis software is also crucial, as every sensor generates both high data volumes and different interpretations of the ship’s environment that must be reconciled into a coherent picture and user experience. As with all digital systems, a process is also needed to patch and update sensor software and hardware, to maintain functionality and ensure cyber security.

These demands were explored in practice in IntelliTug, Singapore’s first commercial autonomous tug. Created by Wärtsilä and PSA Marine, the vessel is a working example of situational awareness in action. It is equipped with advanced sensors and positioning technologies, including an automatic identification system (AIS) global positioning system (GPS), thermal and daylight video cameras, an AIS receiver, a motion reference unit and Wärtsilä’s advanced RS24 radar.

As Chris Chung, Wärtsilä’s Director, Digital Innovation and Strategic Projects, explains, although this project explored the move towards autonomous vessels, a core focus was to reduce the risk of accidents, particularly in ports, by eliminating blind spots around the vessel.

“Busy ports, especially in Asia, are used by a lot of smaller vessels that do not have AIS. There is also risk of grounding the vessel or hitting dropped containers and other objects,” he adds.

IntelliTug and similar projects are working with sensor fusion – setting up different types of sensors to work together to detect and identify risks.

"This increases overall accuracy because not all radars work effectively in the rain, for example and different cameras are used for day and night vision. Bringing together multiple detection capabilities creates a clearer picture of the vessel’s environment.”

Another advantage is that the data produced by these processes is used to train maritime AI in object recognition and detection. AI is especially valuable because it brings the ability to differentiate between larger and smaller vessels, especially in harbours and ports, where larger vessels are severely limited in speed and manoeuvrability compared with smaller, more agile craft. The value of situational awareness solutions is most obvious in the port environment, but they are also beneficial in open sea navigation, where they track objects and identify collision risks, enhance navigation and save costs.

Situational awareness is designed for two main purposes, explains Chung: to help the master understand the vessel’s surroundings in the context of decisions and manoeuvres, and to provide computer systems with the data required to enable autonomous processes.

The IntelliTug project and other applications of smart sensors and sensor fusion highlight some of the emerging ways that situational awareness technologies can create a safer work environment. Vessel autonomy may be a distant vision for some in shipping, but the solution to reducing human limitations today with technologies that can augment and enhance the crew’s capabilities is already available.