Tales from the Sea. Paul Welling

Our technology bridges oceans – and so have many of our colleagues here at Wärtsilä Voyage. Paul Welling, Master Mariner and Senior Sales Manager, North America, spent 11 years at sea, navigating his way from cadet to 2nd Officer Sr. on board the vessels of Holland America Line. Experience his stories and discover what makes him so passionate about our industry – from seafarer to seafarer.
Meet our mariners.

Starting at a very young age, Paul wanted to explore the world beyond the horizon. It was his desire to travel that galvanized Paul into choosing a maritime career. As a result, he embarked on an adventurous yet challenging journey, which took him to ports around the world and taught him that in order to achieve your objectives, whether in business or on a ship, teamwork is of paramount importance. Hear it from Paul Welling. 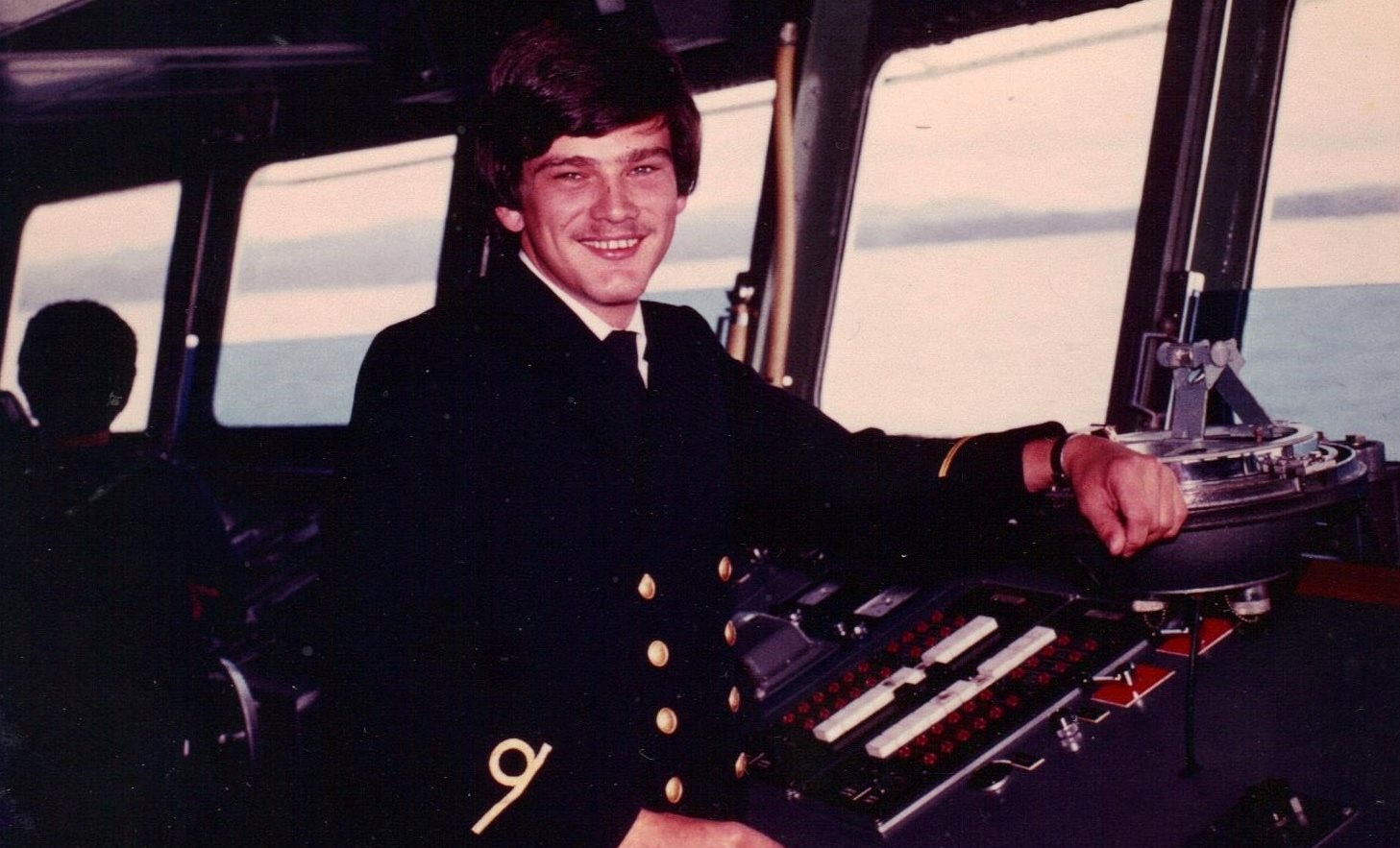 It was July 1978 when I stepped on board SS Rotterdam, also known as “The Grande Dame” – a transatlantic liner converted into a cruise ship. But my actual first day on a vessel was on a training ship, the Prinses Margriet, a ship that I am sure had been designed to make all the cadets seasick. Despite the weather conditions that made the North Sea on the way from Amsterdam to Oslo very rough, it did trigger the love for the ocean in me and the desire to travel. Getting a job at Holland America Line and boarding the beautiful SS Rotterdam was the first step of an incredible journey. In 1979, when I was 22 years old, I got to do my first 91-day around the world cruise, and I couldn’t be happier to get the opportunity to see new places, explore the world, and get paid for it. 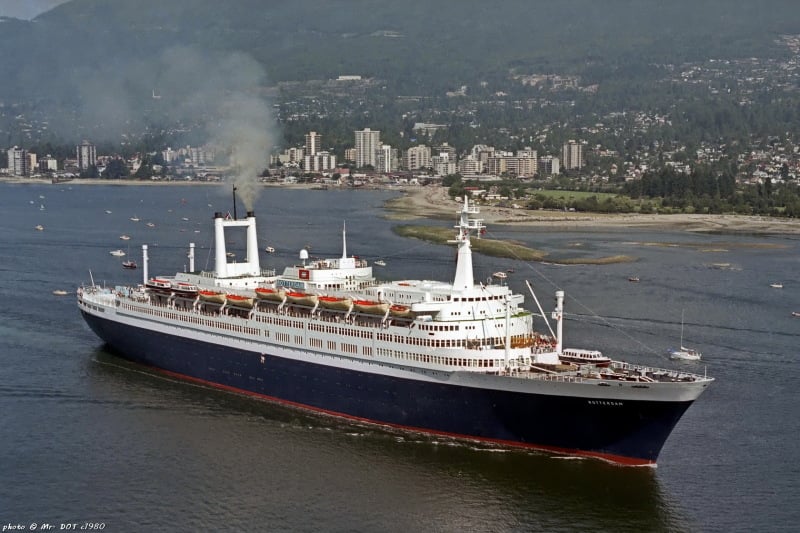 My last day on a vessel

It was in 1989, sailing the calm blue waters of the Caribbean and getting ready for the next chapter of my life - a career ashore. Leaving a job that I truly loved wasn’t easy, but I knew I had to give it up for much bigger things to come such as starting a family. By that time, I was married and had received a job offer from Radio Holland – the path of life was leading me ashore. Sometimes you need to turn the page and start a new chapter.

That must be when the ship I was sailing on as 3rd Mate in 1980, caught fire in the Gulf of Alaska. The fire had started in the engine room and was burning out of control, causing the captain to give the order to abandon the ship. To this very day, I’m proud to say that we managed to evacuate all 524 people, including 330 – mainly elderly – passengers off the ship without a scratch. Despite the deteriorating weather conditions, all aboard were rescued by the USCG, Canadian Coast Guard, US Air Force and multiple commercial vessels. The accident changed the rest of my seagoing career. It taught me that there is just no room for complacency when it comes to safety.

You can’t sail a big ship on your own; thus, everyone needs to work together as a team, like a well-oiled machine. There are so many nationalities, cultures, and personalities in one crew: respect what they do and who they are. 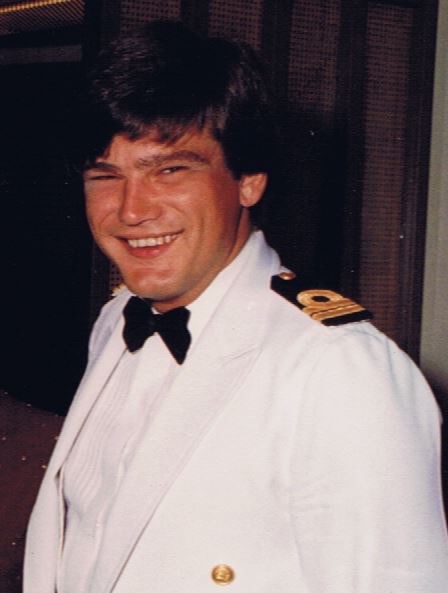 I met my future wife in 1986; she worked as a nurse on the same ship. Not long after, she had to accompany a patient ashore due to a medical emergency that couldn’t be handled onboard. The timing was tight, and on the way back, while the ship was already sailing out of the port, she had no other choice than to take a small tender to reach the ship. Not only that, but she also had to climb up a 5-meter rope ladder to get onboard. That moment, when she was climbing up the ship’s pilot ladder in full uniform, it struck me: “She is the one!”. We’ve been married for almost 35 years now.

The one thing that I will never forget

The vast wilderness of Alaska and how global warming is affecting one of the most beautiful areas in the world, Glacier Bay in Alaska. Look at these 2 photos taken in the same position, one from a trip in August of 1988 and then exactly 30 years later in August of 2018 during a cruise that I took with my family - a lot of the ice had disappeared, glaciers had retreated beyond recognition. This is the shocking reality of what’s happening to our planet. And it makes me realise even more how vital Wärtsilä Voyage’s journey to decarbonisation is and how proud I am to be part of it.

Connected ECDIS – FOS. Let me explain. We didn’t even have GPS back in the days. Electronic navigation was rudimentary, but today GPS combined with ECDIS gives you much better real-time situational awareness and added safety features. Next step is connecting ECDIS to the cloud, which is in essence our FOS solution. It provides all the tools a navigator can wish for: from accurate voyage planning, to obtaining the needed real-time voyage data, to monitored voyage execution, followed by proper voyage analysis to ensure that safety objectives are met. On top of that, the environmental aspect of emissions reduction feeds into the whole Wärtsilä decarbonisation message and makes it even more rewarding to support our customers to operate safer, greener, and more efficiently.

Our technology bridges oceans – and so have many of our colleagues here at Wärtsilä Voyage. For example, Clayton van Welter, Head of Product, Smart...

Tales from the Sea. Jennifer Stanner

Our technology bridges oceans – and so have many of our colleagues here at Wärtsilä Voyage. For example, Jennifer Stanner navigated her way from...

Our technology bridges oceans – and so have many of our colleagues here at Wärtsilä Voyage. During his decade at sea, Neil Bennett braved...

The Navi-Sailor 4000 ECDIS is a navigation information system that displays complete positional information from navigation sensors on electronic navigational charts. The system is designed to assist the officer in charge of the navigational watch (OOW) in route planning and monitoring.