It is ironic that as digital solutions like route optimisation proliferate, their route to market may itself need optimisation. In a survey of 200 shipowners carried out for satellite communications company Marlink, 68% said they had standardised IT and communications systems across their fleets, yet only 30% described their digital strategy progress as ‘well advanced’. The conclusion is clear; while shipowners grasp the benefits of digitalisation, there is much further to go in shipping’s transformation.

That experience chimes with that of Markus Mannevaara, Senior Director of Rapid Innovation, Wärtsilä Voyage. As the lead of the company’s Agile Business Development team – a unit charged with turning breakthrough technologies into useful ship solutions – Mannevaara has helped develop the latest intelligent bridge systems and the user experience framework being deployed across Wärtsilä Voyage’s systems. As such he has a keen eye on how the maritime digital market has boomed over the past few years.

Everyone has drunk the Kool Aid. Data collection platforms are multiplying and there are many options for anybody who wants to get data from vessels to shore, ranging from high fidelity to low fidelity.

"And anecdotally customer uptake is growing. We certainly have customers grappling with the issue of having multiple platforms, doing multiple data uplinks, so they have to pay twice for the same data to go ashore because vendors cannot agree on just one pipeline.”

That cost may be one aspect holding back further digitalisation among shipowners. Wide collection of data, transmitting it to shore and warehousing it in the cloud is not cheap, says Mannevaara. The idea of storing data in the hope of someday finding a use for it is naïve.

If you’re not getting value from your data it is not an investment, it’s a cost.

Marlink’s study confirmed that part of the route to greater uptake among shipowners must therefore be to show how their data can be translated into value. It notes that many sectors still believe that deploying digital applications is “either difficult or simply not a business requirement”. There are other important drivers, but these interlocking factors of cost, complexity and necessity are some of the shipowner pain points that any seller of digital systems needs to address.

The development of Wärtsilä Fleet Operations Solution (FOS) is a case in point, argues Dimitris Argyros, a naval architect and product manager for Wärtsilä Voyage. He explains how the company understood long ago that, in order to help shipowners optimise fleet performance, it had to find a route to ship operations that they could understand and value instinctively. Integrating navigational functions was a good place to start.

Shipowners don’t want to introduce new systems unnecessarily. But every vessel needs a navigation system. Basing our solution around a mandatory piece of equipment had an obvious benefit.

Much of the value in data is combining it with other data sets to reveal new insights. While an integrated navigation system could bring in external information such as weather and metocean data to overlay on charting and route planning, another data source from the vessel itself was needed to deliver performance insights. Digitalising the noon report – the traditionally manual report of fuel consumption and other parameters that crew transmit to the shore once a day - would bring that data while reducing complexity for the crew, says Argyros.

“That data typically arrives in the office as an Excel document which no-one wants to look at. By digitalising the process and making it a bit smarter we take the burden off the crew and the office. It helps to avoid ‘death by spreadsheet’. If it’s something you need to monitor periodically, there’s a dashboard for that. If it’s something that you could do with interfering there and then, there’s a notification on your tablet or phone.”

But this labour-saving value is just the icing on the cake to sweeten the prospect for sceptical shipowners. The bigger context is the many ways in which FOS harnesses navigational and noon report data to improve operational performance. This breadth is highlighted in software modules developed for functions ranging from voyage and fuel optimisation to improving safety or monitoring emissions.

Simplicity is another key.

Our customers run fleets not vessels, and that’s where the real savings are made.

“It’s possible to have a very involved system onboard a vessel that does its job very well, but across a fleet it will be expensive and may take up to a year to get it up and running. We prefer a solution that is indefinitely scalable, works immediately with equipment you already have and connects with operational processes that companies have to do anyway.”

That approach has the added benefit of reducing the complexity and cost that can come with recording, storing and processing vast quantities of data. Wärtsilä’s aim with FOS, Argyros explains, is to give much of the value of a total fleet performance management system – one that relies on collecting and transmitting data continuously from every sensor of the ship - for a tiny fraction of the cost. There may be shipowners that prefer the comprehensive data solution, but for many a simple, cost-effective installation that yields good results without requiring an army of analysts will be the most attractive option.

There are other barriers to digitalisation beyond perceived cost and complexity. A commonly cited obstacle is the lack of standardisation in data format and integrity. For Mannevaara, an industry standard in this area would be a ‘nice to have’ rather than a gamechanger. 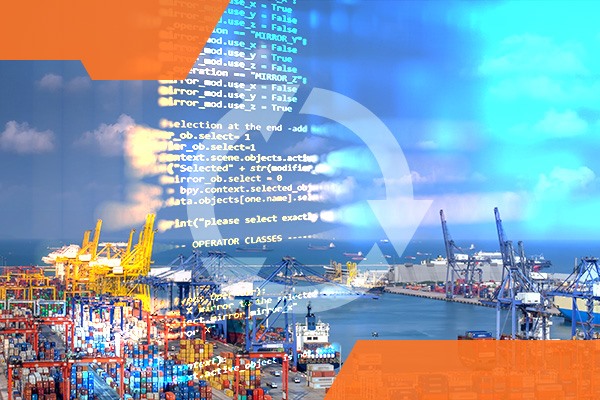 “The discussion has been around since the 1970s and it hasn’t stopped the spread of data technology. Standardisation is not what makes people pick up a new product. You do that by designing solutions to their frustrations.”

In light of recent cyber-attacks on both IMO and high-profile shipowners, it is understandable that the issue of cybersecurity is another factor that can constrain uptake. But although there are issues that need to be fixed, this is a transient concern rather than a permanent one, argues Mannevaara. It may slow up take in the short term but there is no reason to abandon the project.

“It's a little bit like an aeroplane accident investigation. We didn't design the aeroplane to account for ash entering the engines in the case of a volcanic eruption. Now we know if there is a volcanic eruption, air traffic is redirected in the first place and suspended in the second place. In the same way cybersecurity is not an impossible problem. You analyse the issues, devise your operations to address them and move on. Using it as an argument that the past was better than the future is wrong.”

...cybersecurity is not an impossible problem. You analyse the issues, devise your operations to address them and move on. Using it as an argument that the past was better than the future is wrong.

There are always obstacles to progress, and digitalisation at sea is no exception. But by maximising value, minimising cost and keeping complexity at bay, system designers can help shipowners to make sure these obstacles are speedbumps, not roadblocks.

Shipping today requires that all parties access fuel and speed performance data in order to effectively manage a business. With different drivers...

Learn how artificial intelligence can boost your operations efficiency...

How to Turn Your ECDIS Into Data-handling And Decision-support Tool?...

A broad range of navigational solutions from complete bridge systems to digital products and charts, used on more than 13 000 commercial vessels and patrol boats of naval and Coast Guard fleets from over 100 nations.