IntelliTug, the first project launched by the Wärtsilä Acceleration Centre in Singapore, is combining some of the most advanced Smart Marine technologies and putting them to the service of PSA Marine’s highly skilled Tug Masters.

Even though dark and ragged clouds covered the sky above the Pasir Panjang container terminals in Singapore, the surrounding waters were still bustling with port activities as the world's busiest container transshipment hub operated throughout the night. At 4 AM, a team of Wärtsilä computer scientists, robotics engineers and UX experts were at work on the bridge of the PSA Polaris tugboat, as part of a user research trip for the IntelliTug project – a joint project with PSA Marine, Maritime and Port Authority of Singapore (MPA), Lloyd's Register, and the Technology Centre for Offshore and Marine Singapore (TCOMS).

“The weather condition can have a disorientating effect on you unless you’re a seasoned mariner,” says Jan Grothusen, Director, Wärtsilä Voyage Solutions, “Although the whole horizon and quayside is illuminated, it’s surprising how much your perception can be altered at night.”

It is possible, the Wärtsilä team discovered, to mistake the twinkling lights of ships in the night for the celestial skies above. They also found it challenging to remain constantly fully aware of the busy surroundings. “The situation can be highly complex and unpredictable, like many operations when different humans and multiple vessels are involved,” explains Grothusen.

PSA Marine's fleet of 40 tugs carry out more than 90,000 towage jobs per year in the busy waters of the Singapore port. By 2040, when the final construction phase of the Tuas next generation mega port completes, Singapore's port capacity and traffic are envisaged to double.

Keeping the human in the loop

The IntelliTug project has grown out of the Singapore’s Sea Transport Industry Transformation Map, which calls for the development of autonomous systems, robotics, data analytics and AI to maintain the port's global edge. It is also the first project to be launched by the Wärtsilä Acceleration Centre in Singapore and part of the MPA Living Lab initiative.

The goal of IntelliTug is to deploy smart technologies in such a way that they will help skilled mariners like Amir Hamzah Hasan, PSA Marine’s Senior Tug Master, carry out one of the most challenging jobs in the industry. That is why Wärtsilä is retrofitting the PSA Polaris with an advanced marine grade sensor suite and joystick manoeuvring system, all integrated in a light-weight, human-centric smart navigation system which, collectively, will provide collision avoidance capabilities and smart navigation support during transit and when virtually anchored.

Bernard Wong, Head of Fleet Management at PSA Marine, is convinced that his Tug Masters will maintain the central role but will have amplified capabilities through the IntelliTug; “There are many instances in towage operations where we feel that the Tug Master is still very much needed,” Wong says. “They rely a lot on their skills and the training provided, and even their instincts. But we believe that more can be done to aid them in their day-to-day work.”

This, he says, might include the ability to “fuse sensor data and incorporate it into a human-centric interface that will allow Tug Masters to digest and make sense of all the information more easily.”

In summary, the planned features include passage planning with collision detection and avoidance, and virtual anchoring with enhanced situational awareness at night and in complex conditions. Wärtsilä is using the data gathered to further refine its sensor fusion algorithms, test new features, study how the tug behaves under manual operation, verify sensor detection capability under different conditions, and look for any anomalies and performance issues. 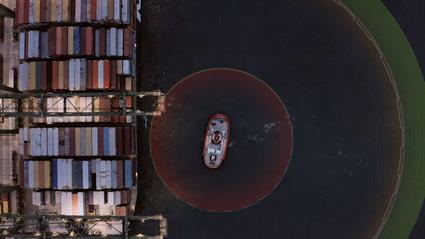 The role of regulators

In January, the IntelliTug project had its kick-start week, where it brought together experts from various Wärtsilä business units in true ‘OneWärtsilä’ spirit.

Wärtsilä’s Voyage Solutions team is currently creating a ‘digital simulation’ of the PSA Polaris, which will be used to test capabilities in both real-life recorded situations and imagined scenarios. Meanwhile, next steps for Wärtsilä’s Dynamic Position team include equipping the tug with its joystick module, which can then work both with the simulator and the new smart navigation system.

Much of the ecosystem development and partnership is led by the Singapore Digital team who is leading the engagement with ecosystem stakeholders and ensuring a user-centric approach will solve a real-world challenge.

Chung stresses that it is important to work with forward-thinking partners and regulators to ensure technology is deployed safely and sustainably.

The MPA is providing a “regulatory sandbox” for IntelliTug. This is a set up that is used to accelerate innovation and testbedding in Singapore – with many successes in adjacent industries such as fintech and tele-medicine services. The sandbox provides a controlled environment, allowing technology to be tested safely. Data and learnings will mean MPA can continue developing the appropriate regulatory framework based on real world experience whilst the technology develops. The tug's capabilities will also be thoroughly tested in a virtual environment before the technology is released into the testbed. Experts from Lloyd's Register have been closely involved from the start of the project, providing expertise and insights to ensure potential technology risks are identified, managed and mitigated. 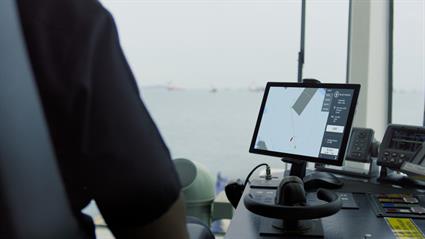 Wärtsilä will spend the coming months intensively conducting user tests with a Wärtsilä tug digital simulator before testbedding in the sea – all the while working alongside PSA Marine's experienced Tug Masters to develop a fit-for-purpose and useful system that will bring together smart technologies to amplify the capabilities of the crew - enabling them to be safer, smarter and more effective than before.