With one click of a button, the world’s largest wind turbines gracefully swung into action off the coast of the United Kingdom in May this year. The installation contained 32 turbines, capable of powering over 230,000 homes. These megastructures are the best example as yet that renewable energy has finally come of age, with fossil fuels gradually falling out of favour.

“We know that coal will be off the system in 7 to 10 years due to policy changes, ageing plants and the unfavourable economics for coal-fired generation. Subsidy-free renewables are fast becoming competitive with thermal power plants,” declares Phil Grant from energy consultancy Baringa.

It helps that renewable energy is benefiting from evolving technologies and improving economies of scale, making it easier for companies, businesses and people to adopt it. The United Kingdom, for instance, generated around 50% of its electricity in 2016 from renewable and low-carbon energy sources such as wind, solar and nuclear power. 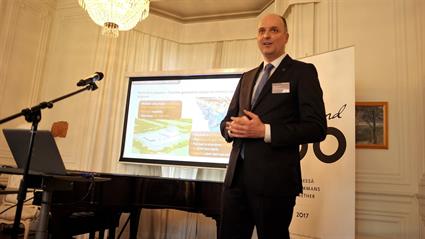 Solving the problem of intermittent power

Global energy markets are clearly undergoing a tectonic shift. And adding to the momentum is the pledge by the world’s biggest economies to cut emissions in line with the Paris climate change agreement. A task that is only possible by adopting renewable energy sources in far greater ratios than ever before.

While the potential of renewable energy sources cannot be disputed, concerns remain about its intermittent nature. Wind turbines cannot always depend on wind being at optimum levels to generate energy and solar power generation will die down as the day comes to an end and during downcast conditions. This poses a problem for energy grids which need a constant and reliable source of energy, a scenario that is playing out in South Australia at the moment, as the country finds itself scrambling to ensure regular power supply to its consumers.

So, what can be done to ensure that the shift towards renewable energy continues, and yet ensure that the energy supply is maintained at optimum levels? The answer, insists Melle Kruisdijk, Vice President - Europe at Wärtsilä Energy Solutions, is to go for Hybrid solutions.

“For times when the wind is dying down or the sun is setting, you can set up a hybrid plant, one which runs on renewable energy when conditions are optimum and switches to a conventional system or battery-storage solutions when conditions fluctuate,” he explains. 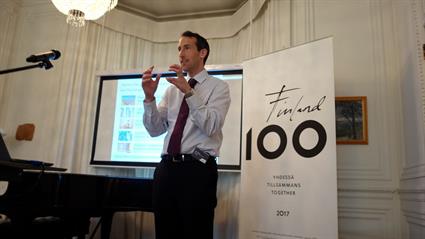 Adding hybrid solutions to the mix

A hybrid system such as this combines the best elements of both worlds, by optimising the share of renewable energy, while providing stable output and security of supply. It also allows utility companies to augment existing grids when performing repairs and maintenance, ensuring that there is no shortfall. British utility company Centrica is among those leading the change on this front and has purchased two 50 megawatt Smart Power Generation plants, running on natural gas, from Wärtsilä to provide balancing power to its national grid.

“This will help us accommodate an increasing share of renewable energy in our power mix while ensuring that supply remains stable,” says Mark Futyan, Merchant Power Director at Centrica. “The ramp-up time was a critical factor in us choosing these engines, which will together be capable of providing electricity for nearly 100,000 homes, in just under two minutes from start to full load.”

This speed and flexibility is critical as it allows utility companies to switch over to these supporting generators when renewable energy sources falter. It helps optimise the energy system well in advance, thus keeping the energy grid stable.

Thanks to the increasing prevalence of renewable energy options and hybrid solutions, the world may soon see a time when small networks will end up powering various regions with a great degree of self-sufficiency and reliability. These advances have prompted experts to predict that localisation and prosumerism – the blurring of the lines between producer and consumer, may soon become a common theme in the UK and around the world.

“It is quite interesting especially when you think about the history of the UK, to see how we are transitioning from a world of large centrally dispatched power units to a world where we are becoming local producers and consumers of power,” explains Grant.

While the future definitely looks green, the big question on everyone’s mind is how to maintain flexibility and reliability of power generation. A question that has for now been answered through the use of hybrid power solution systems.

The need for smart, effective energy management systems has never been greater as the world seeks to maximise the use of renewable energy sources....

As Europe aims for carbon neutrality, wind power has an important role to play

The European Commission has set a goal for Europe to become the world’s first carbon-neutral continent by 2050, and wind energy has an important...