Finding synergies between marine and aviation

When Wärtsilä acquired Transas, Eniram and Guidance Marine in 2018, it was clear that this was part of its strategy to build a ‘Smart Marine Ecosystem’, one where technological innovations such as artificial intelligence (AI), big data and connected systems would help keep shipping ahead of the curve.


“Efficiency is the main driver of the digitalisation process,” says Dmitry Rostopshin, Wärtsilä’s Director of Traffic Control and Management Solutions. “The situation has really changed - Ten years ago it was not so critical.”


That is a trend across the marine industry, as stakeholders rush to embrace digitalisation and digital tools. For an industry that has traditionally been considered conservative, it is a remarkable transition, one that is spurred onwards by the quest for improved efficiencies, profitability and the next big disruptive solution.

The key driver has, of course, been the pressure the shipping industry is under to cut down on emissions and encourage sustainable shipping. And digitalisation promises to do just that.


For instance, cloud-based data could make shipping more financially and environmentally efficient through Advanced Intelligent Routing (AIR), part of the A-Suite of technologies developed by Transas. AIR uses data about a vessel’s performance, as well as information about the route and traffic ahead to optimise a journey.


It is this technology that makes things like the just-in-time supply chain, possible.


“Imagine, the ship receives information on the digital channel from the port that the planned time of arrival is not valid anymore - maybe berths or pilots are not available. The important thing here is that if the vessel receives this information in advance, it can slow down,” explains Rostopshin. “If you make a graph of vessel speed and consumption, you can see that if you halve the speed, the power consumption will be reduced by eight times.”


The fuel savings through AIR can be significant: Rostopshin estimates an individual ship could save between EUR 5,000 to EUR 20,000 per journey by optimising its speed in cooperation with the destination port. As things stand, reports have estimated that ships worldwide waste around EUR 20 billion worth of fuel while waiting to dock, every year.


This is where the marine industry could learn from the experience of the aviation sector.

Ville Haapasaari, CEO of the Port of Helsinki, and former director of Helsinki’s international airport believes the lessons of standardisation and digitalisation that are now common in aviation are also applicable to the shipping industry.


One example is the way centralised Air Traffic Control (ATC) systems hand over a landing aircraft to an airport tower.


“We have a Vessel Traffic System, which is quite similar to the ATC,” he says.


“Although practically it goes further, the Vessel Traffic System is really handing the ship over to the dock when it comes to the port. Of course, before that, they’re giving information to the port.”


Meanwhile, ‘Smart Ports’ are using technology to keep the drive going for efficiency even after a vessel completes its journey. The Port of Helsinki’s recently-expanded West Harbour, near the centre of the Finnish capital, is a case in point.


“In the West Harbour we have auto-mooring systems, and it was amazing to me, when I saw how quickly the vessel left the dock,” says Haapasaari.


Referring to the quick turnaround times pioneered by low-cost airlines, Haapasaari lists a range of benefits auto-docking has brought to the port, its customers and its surroundings: “You get lower fuel consumption, you reduce the port time, you make the vessel traffic more efficient and you get some good environmental benefits as well.” 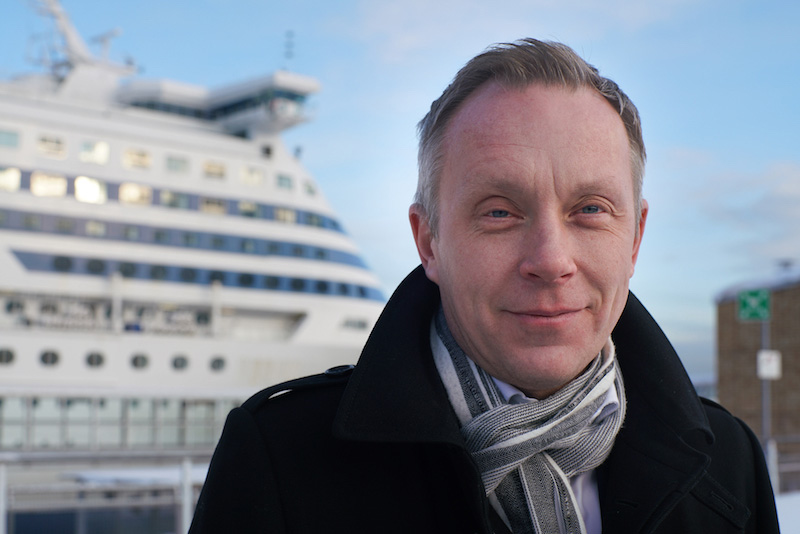 Ville Haapasaari, CEO of the Port of Helsinki.

According to Haapasaari, another thing shipping could learn from aviation is based on the different ways the two industries have developed.


“Most of the airports are very much concentrated on passenger traffic. They are thinking of how to automate the entire passenger journey and process and how to make it as smooth as possible,” he says.


This type of working, if adapted by marine industry, would bring benefits not just in terms of speed and efficiency, but also to customer satisfaction - an often-overlooked measure of success in an industry dominated by cargo.


Enabling so much technological change is not a simple task: “People say, ‘we’ve been working like this for 20 years, we don’t want to change!” laughs Dmitry Rostopshin.


However, change is inevitable and people working in the industry need to be ready to weather this. It has often been argued that seafarers are trained only enough to meet the minimum qualifications necessary for certification and not to the highest possible standards. Training through simulations, much like airline pilots undergo, could help turn that around.


This is where the Transas Academy will come into play.


With over 5,500 simulators installed in over 1,500 training and simulation centres around the world, the academy provides an opportunity for crew and instructors to learn to use new technologies from the safety of dry land.


“You can book the time there. It means it could be a way for companies who don’t have simulators but want to test something or train their crew, they can approach us and use the simulators with our help,” says Rostopshin. “The idea to build the academy was not to compete with our customers by giving just the basic training course, but to make it more complicated – let’s say to train the trainer.”


“It is important right now that we try to move away from being just a manufacturer to a service provider,” he continues, highlighting how digitalisation is changing not just Wärtsilä’s industry, but Wärtsilä itself.

In conversation with Wärtsilä’s point man on sustainable cruising

In a world where environmental impact is influencing customer decisions, cruise lines are striving to be eco-friendly while remaining affordable....