Investing in new technology that directly affects fleet performance can be quite a leap. But what if the provider has the credence to commit and share the voyage with you? That, followed by hard data as evidence of better operational efficacy and environmental performance, leaves no room for doubt and no reason to turn back. 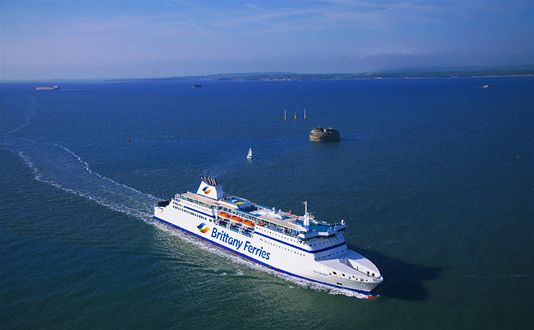 “The result speaks for itself, with a clear relationship between the optimisation tools and the savings achieved,” says Andrew Rayner, Senior Sales Manager at Wärtsilä Voyage. “Wärtsilä’s Smart Marine approach focuses on delivering high efficiency, environmental sustainability and cost savings to customers. This is a shining example of that commitment.”

Shipping's current operational challenges, be it inadequate port-to-port fuel efficiency or decarbonisation, are costly to solve. Knowing this, Wärtsilä Voyage’s performance-based agreement provided shared financial incentives for both companies, with a benefit-sharing clause activated if Wärtsilä’s system provided proven savings. And they did.

The project was specifically designed around two goals — digitalise operations to increase fuel efficiency and reduce emissions. The installations, therefore, included Wärtsilä Voyage’s Trim and Speed optimisation systems and Data Access and Analytics services, which allows real-time optimisation of the equipment whilst predicting operational and maintenance demands. It also included Wärtsilä's Online Fleet view services and training as no technology can fly unless the people are prepared.

We are delighted with both the fuel savings and the resulting reduction of the ship’s carbon footprint. Our strategy is built around environmental performance, and we have already ordered the Wärtsilä Speed and Trim solutions for additional vessels.

Getting big results from big data

Outcomes based energy-efficiency calculations are challenging due to complex variations in ship operational profiles, vessel performance, weather conditions and baselines, and thus scalability can be challenging.

Brittany Ferries had been collecting data on their voyages, such as sailing times, sailing speeds, fuel consumption before and after the voyage for some time now. As a result, Wärtsilä Voyage could access a large quantity of data on the ferries’ historical performance, which helped access their fleet and set joint operating targets with realistic baselines.

We cross-reference every vessel against relevant historical factors; looked at the previous performance of the vessels on given routes, which was made easier by the fact that ferries tend to sail the same routes with regularity and consistency.

“Next was rigorous discussions around the factors that would affect the fuel consumption, validating them with Brittany Ferries and locking them in our equation.”

It was an extensive exercise, but the results were significant, opening massive efficiency improvement opportunities for the whole ferry market.

The success of this case has expanded the way Wärtsilä Voyage can support the ferry segment in the future. “With our modelling systems up and running, our technology can: define a bunkering plan, provide trim and speed optimisation and other best practices for vessel optimisation for every ship in the fleet,” says Rayner.

This minimises OPEX by driving fuel consumption and emissions down and providing peace of mind by reaching compliance targets. And the benefits are not limited to existing fleets or standard routes. With digital twin technology, Wärtsilä Voyage can also test and monitor the performance of new ships in various configurations and on any new route, making voyages not just efficient but also safer for all stakeholders, including passengers.

We’re starting to explore other things that we could do with such data, for example, being able to mimic onshore the engine room data, which is useful for the superintendent, and we think that the overall engagement will expand now that we’ve proven what we do works.

Also, Wärtsilä Voyage has a unique position to provide end-to-end voyage optimisation. From passage planning, safe route definition and optimisation, to real-time trim and speed optimisation during the crossing, and finally voyage benchmarking after the completion of the voyage to understand what went well and what could be improved — all navigation and automation solutions can be provided via a single integrated Wärtsilä NACOS Platinum platform.

Shipping is entering an era where vessels will continue to have long lives but digital technology that sails it will update every day. Ensuring the...