When speaking to Bill Burke from Carnival Corporation and Fraser Scott at Wärtsilä, they jokingly refer to themselves as “marriage counsellors.” But the new strategic union between their two companies is not unlike most marriages – in that it benefits each partner while making an essential contribution to the common good.

Historically, marriages often served as alliances between families to guarantee peace and mutual support. By creating such bonds, each gained strength from the support of the other, and by working together, they could reduce the sense of threat from others and thrive.

The “marriage” between Wärtsilä and Carnival Corporation is a performance-based agreement that responds to any concern with the safety, reliability or fuel consumption of the company’s cruise ships covered by the agreement. It is an investment in an ongoing, mutually beneficial relationship. And, logically, just like a marriage between people, the union will take work.

Bill Burke, Chief Maritime Officer at Carnival Corporation, and Fraser Scott, Head of 4-stroke Service Sales, AMER at Wärtsilä, explain to Twentyfour7 how the resulting benefits to each partner, as well as to Carnival Corporation’s customers the world over, make the collaboration well worth the effort. 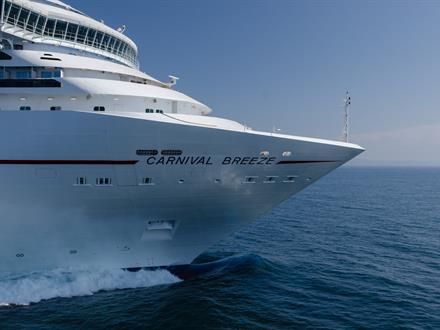 Initiative for a matrimonial alliance

The deal structure is quite complex, but essentially Wärtsilä will look after engine maintenance and monitoring, scheduled or not. With Wärtsilä having that responsibility, Burke explains, “overhaul intervals can be safely extended, as Wärtsilä will be able to closely monitor ship engines. And we’ll get better fuel efficiency with that as a focus.”

“This is a completely different approach for Wärtsilä. We’ve looked for these relationships in the past, and we’ve done elements of this on a smaller scale. But because of its sheer size, this contract is significantly bigger than anything we’ve ever done,” says Scott.

Though Burke was aware of this type of performance-based contract from his work as a Vice Admiral with the U.S. Navy, he doesn’t know any of other agreements that are this comprehensive, and it will be the only one that either company has like this. But since Carnival Corporation is Wärtsilä’s largest marine customer, and Wärtsilä is Carnival Corporation’s biggest equipment supplier, this strategic partnership makes sense. Both companies came to the realisation that this was the right way to go and needed to make it happen.

The agreement provides incentives for both sides. “It should lead to a greater level of operational performance and excellence for both companies, which is the overall goal,” Burke and Scott announce together.

“This predictability of cost for each partner is really useful,” says Burke. Carnival Corporation will benefit from the predictability of having an expert overseeing maintenance, which will allow their staff to put more time and energy into the business side of things. For Wärtsilä, the predictability makes it possible to put more effort into R&D, manufacturing and other functions to create products and solutions that are even better and more efficient.

“The cruise industry is continuing to grow. So, making operations safer and more efficient is good for business and the market,” says Burke.

Through this joint management, both companies also share financial risk based on outcomes, and remuneration is based on how the equipment performs. “If we do well, we get paid more,” explains Scott, “and their pain is our pain, as we pay a penalty if the operational need is impacted.” 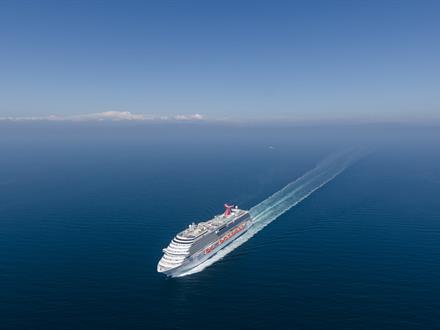 The tie that binds

It’s the engines’ fuel consumption that is the key value driver for the business, and that decision-making process will be shifted to Wärtsilä. Scott notes that even the smallest improvements in fuel consumption add up to big savings: “For example, an improvement of 1% of a USD 1 billion fuel bill would represent a savings of USD 10 million.”

Another key focus is avoiding service interruptions. Burke explains, “If we buy an engine for a ship, Wärtsilä is more than happy to sell us parts and services, but this deal gives Wärtsilä incentive to keep everything up and running at a high level. By minimising spare parts and services to increase uptime and fuel savings, both companies will ultimately benefit.” And fewer service interruptions make for happy cruise passengers, too.

Of course, the occasional service interruption may be inevitable. However, with this plan in place, Scott points out, “We’ll be able to address them rapidly and have a focus on fixing the problem rather than on determining who is at fault.” 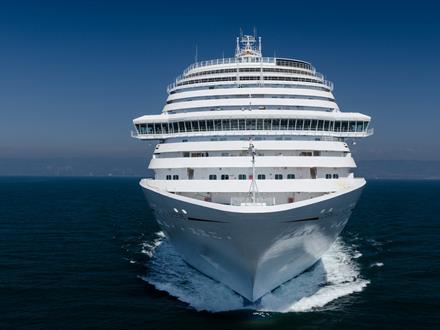 Carnival Corporation’s business makes up about 50% of the cruise industry, which comes with a huge clientele volume. Of their fleet, 79 ships already have Wärtsilä engines. This is advantageous because, according to Burke, “It allows us to be more uniform in how we address our engines, as everyone will be doing it the same way. When people move from ship to ship, they are not surprised by how things are done. We can take the good ways of working, build on them and replicate them around the world.”

So, the collaboration also opens doors – or, rather, ports – for assistance. “Our Carnival Corporation brands sail to nearly 750 ports around the world, and there are not many suppliers that could support our ships in so many locations,” points out Burke.

Last but not least, the collaboration will generate a treasure trove of data that does not exist in the world today. Scott explains, “With all equipment fitted with CBM (condition-based maintenance) and fuel performance monitoring that is transmitted ashore every 30 seconds, we have direct feedback on any actions taken. For example, change this component and see the improvement in fuel consumption.”

While Carnival Corporation will realise multiple benefits from the enhanced partnership, the real-time data also will provide Wärtsilä with insight that can be applied to work with other customers.

“The data-driven knowledge helps in this contract but in every other contract as well,” notes Burke. Plus, Wärtsilä’s R&D will be able to learn from the data to develop future concepts, which may further improve results such as fuel consumption, trial them live and see the results immediately.

Dreams for the future

From Burke’s perspective, this agreement unlocks Wärtsilä’s knowledge and experience for Carnival Corporation’s benefit and lays the groundwork for future opportunities for the two companies to work together.

“It’s a 12-year contract so that will keep us together for a long time, if all goes well,” says Burke. “We might have to amend the contract, since there may be things we haven’t thought of or sorted out in advance, and the collaboration may lead to some by-products or spin-offs of the main deal. Whatever happens, hopefully we’ll both feel that this was the right thing to do, and we will figure out how to extend it. If we can make this contract work well, there will be many more opportunities.”

For example, Burke is enthusiastic about the range of solutions and the level of product integration from Wärtsilä because Carnival Corporation wants to be very strategic about any modifications made to its ships. Burke explains, “There are many other products that would help us. In the future, we may even integrate training from Wärtsilä, for instance, if we consider converting to LNG-fuelled engines.” 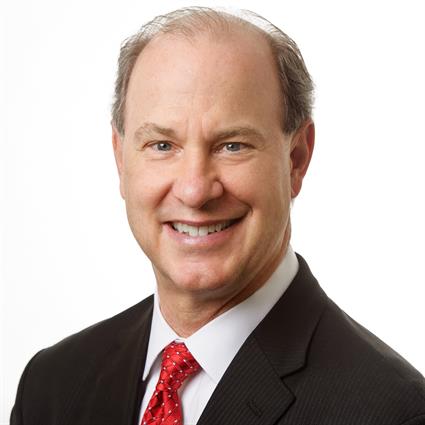 A match made in heaven?

Both Burke and Scott point out that the process of devising this contract has been very intentional and strategic, which is especially necessary due to the size of the two companies. “As we get more people involved in it, we can see that change is taking place and what will be possible,” says Burke.

Prioritising the relationship and communication is the key to making any marriage work. Issues do not just resolve themselves, and partners who make it must discuss their issues with the goal of creating a better future together. Each partner needs make the relationship at least as important as his or her own needs.

A sea-change in improving energy efficiency

A key theme for the marine industry is to improve energy efficiency. Let’s find out why this is important and what makes it possible....