Company
Home
Insights
Argentina: Light at the end of the tunnel

Argentina: Light at the end of the tunnel

Argentina is in a state of ‘electricity emergency’ until 2017. The administration has put the focus back on energy security via reforms and capacity expansion. Read on to see what this means for the country’s energy market.

A few months ago, Argentina woke up to a harsh reality. The country could barely meet its peak demand of 25 GW in 2015, despite having an installed capacity of 33 GW. Reserve margins had been wiped out from almost 30%, a decade ago, to less than 5% in a few instances in recent times.

Until last year, industrial and residential consumers were paying tariffs lower than what it costs to generate electricity. Electricity prices in Argentina were the lowest in the region and in some instances were almost 1/10th that of the rest of Latin America.

According to PricewaterhouseCoopers (PwC), in 2015 alone, energy spending and electricity subsidies amounted to 3% of the country’s GDP & 12% of the total federal spending. The crisis had been foretold, but not the shock therapy. 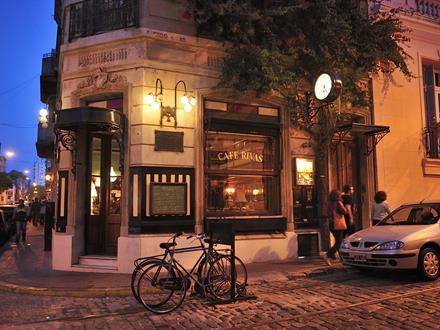 Let there be light

In 2015, the government declared a state of ‘electricity emergency’ until 2017 and slashed subsidies to reduce the deficit. Soon electricity prices, which were insulated from the world energy markets for a decade, soared between 300% and 400%. The country’s average growth in electricity demand, which was at 4-5% in 2015, came to a grinding halt.

“The challenge for the administration was to remove the subsidies from energy prices and to increase the tariffs. But it is moving in the right direction, and this will take time to complete,” says Peter Knight, Partner, Bird & Bird, an international law firm which advises large corporates across the world including those in Latin America.

Now, the focus is on investment and capacity expansion, enhancing efficiency across energy generation, transmission & distribution and reducing the dependence on fossil fuels for energy generation so that such a crisis does not occur again.

Renewables are thus a priority area.

Marcos Patrón Costas, Partner at Allende & Brea, a specialist in Energy and natural resources and Mergers and Acquisitions says, “Argentina needs to diversify its electricity generation matrix to reduce its high dependence on natural gas to produce electricity. Renewables will have a significant role in the diversification of said matrix.”

The government has set a target for the renewables segment to service close to 20% of the electricity demand by 2025. Argentina is now looking to grow its installed capacity by investing USD 15 billion in 10 GW of renewables, USD 5 billion in transmission infrastructure and USD 6 billion in building additional 8 GW of thermal power. 3 GW of the additional thermal capacity has already been awarded and is expected to be operative in the second half of 2017.

Firing on all cylinders

The problem with thermal power generation is that on one hand, natural gas is not available for large parts of the year and on the other, the availability of fossil fuels is declining.

According to reports, domestic oil and natural gas production, in 2015, dropped by 12% and 20% respectively compared to the 2005 levels. But during the same period, gas consumption increased by approximately 18% from a decade ago. This growing demand and a shortage in supply mean that Argentina has to import fossil fuels to meet its energy generation needs.

Energy major Wärtsilä has a unique solution to this problem. Its power plants are run on dual-fuel engines that can generate electricity round the year at a lower cost by using a combination of natural gas and locally produced heavy fuel oil (HFO).

“Since Wärtsilä technology is able to burn HFO, a cheaper fuel than the light fuel oil (LFO), it has a better cost-benefit for the electrical system,” says Gaston Giani, Business Development Manager, Americas, Wärtsilä Energy Solutions.

This explains why the company has been awarded six power plants (482 MW) in Argentina. Its solution has the ability to be the game changer in the country. 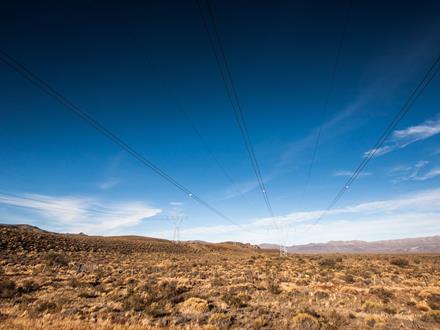 Apart from new power plants and technologies, the government is also working on enhancing the ability and efficiency of the existing regulatory framework.

In the past few years, power generation companies have been saddled with volatile cash because they sell power to government owned CAMMESA, which is in turn dependent on subsidy pay outs by the government. But help is now at hand. The Ministry of Energy and Mines has set up a temporary compensation scheme for generation companies and increased tariffs to help the sector reduce its deficit. It has also helped some of these companies with financing working capital by eliminating fuel costs. But this may not be enough.

“It is noted that the roles and responsibilities of the different public and private players should be more clearly defined, rendered transparent and less susceptible to discretionary practices so that certainty comes into the market,” Knight points out.

The government agrees and is trying to usher in an era of an efficient and transparent power sector regime. Its effort seems to be paying off. Recent tenders for generation of 1000 MW of thermal energy and 1000 MW of renewable energy were overwhelmingly oversubscribed by more than 6 times.

Investors back the government’s intent but the big question is whether Argentina’s 13.4 million domestic electricity users will make the switch. For now, there is reason for many to believe that there is light at the end of this tunnel.