Over the course of a century, the trend in the electric power industry had been toward ever increasing generating unit sizes and plant capacities. Centralized power plants were built using custom engineered technology of massive size. Conventional wisdom was that “bigger is better” as the capital costs per unit of capacity and production costs declined with increasing unit size, delivering economies of scale driven in part by improved steam turbine efficiencies. Steam turbine units averaging 400 megawatts (MW) or more capacity were common by the 1980s. The push for higher outputs and efficiencies directly led to the development of combined cycle, necessitating larger gas turbines with higher firing temperatures that enabled exhaust gas heat recovery to drive a steam turbine. While in the 1950s the firing temperature of gas turbines was around 800ºC and average turbine size was around 10 MW, by the 1990s advanced gas turbines had firing temperatures exceeding 1300ºC and averaged over 100 MW.

However, large power plants require considerable on-site construction and assembly, and can not easily adjust load to meet fluctuating demand. As the use of renewable energy sources such as wind and solar has increased, the need for more flexible on-demand power that can quickly start, ramp to full load, and operate at part load has become more apparent. Smaller-scale generating units that can be operated in parallel and deployed as needed to match the changing power requirements have began to serve an important function for the stability of electric transmission grids. Using modern manufacturing and engineering, small electric generating units are modularized to suit current and future needs of any power project. This shift toward decentralised systems provides reliability, siting, and efficiency benefits.

Many manufacturers of power generating equipment promote the concept of “modularity” in product portfolios and plant architecture. Modularity refers to electric generating equipment that is prefabricated in a factory environment and packaged so as to shorten the timeframe needed to plan, engineer and construct a power plant. Because gas turbines were expensive relative to other technologies, the concept of pre-packaging the gas turbine within a power plant and shortening delivery times became essential to capture market share.

Prefabricated power generation modules are self-contained components of the system that are designed to interface with other power plant components. Engine modules, fuel delivery systems, emissions control equipment, generators, pipe racks and other auxiliary systems are some of the components that can be prefabricated and delivered in modules to the power plant site. Standardizing the design of these components offers significant manufacturing cost savings, shorter lead times for equipment delivery, and speeds on-site assembly and commissioning of the plant. Modularity also offers simplified maintenance features and quality benefits, as components are manufactured in a controlled environment and factory tested.

Modular design has been deployed for a range of generating sources, from solar farms to gas engines. Even gas turbine power plants, which have traditionally required significant on-site assembly, have begun to be designed in a modular fashion to shorten construction time. Aeroderivative gas turbines in particular, have been designed with modular architecture and range in size from about 20 to 60 MW. Modularity can encompass more than just design and prefabrication – it can extend to plant sizing and the efficient use of a subset of the plant capacity to provide a range of load response.

Interconnecting different modules offers flexibility of design to meet a variety of project needs. Because generating units are incrementally sized, a wide range of plant capacities and fuel options – including multi-fuel use – can be designed. The control systems and interfaces between modules are designed to accommodate fuel selection, expected operations and emissions permit limits. 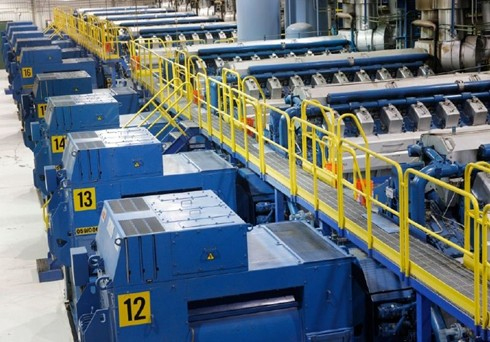 Combustion engines are ideally suited to modular use, as sets of 4 – 30 MW engine units can provide a range of incremental part load power without sacrificing efficiency. For example, a Wärtsilä power plant that has 20 modular 34SG combustion engine units, each sized at approximately 10 MW, can deliver a range of output from just a few MW to close to 200 MW. By operating only a subset of the engines at full load to produce the desired output, high efficiency is maintained. Further, because the startup time for combustion engines is within minutes, the power plant can quickly adjust load by bringing additional engine sets online to meet changes in electric demand.

Modularity in architecture provides limited operational modularity for gas turbines, however. This is particularly true of gas turbine power plants due to the size of units, limited number of units, and efficiency tradeoffs for simple cycle versus combined cycle. Industrial gas turbines for power generation may be 100 – 350 MW apiece and have limits on the lower range of output at which they can operate. This minimal load, or “turndown” percentage, is bounded by emissions limits.

When the turbine operates at low load, the compressor airflow may not be enough to support conversion of carbon monoxide (CO) into carbon dioxide (CO2) in the combustion chamber. Although manufacturers offer enhanced design features such as inlet guide vane control, gas turbines are generally constrained to a turndown of 30 to 40 percent of full load to meet emissions regulations. A simple cycle power plant with two gas turbines can adjust plant output down to about 15 to 20 percent of full load by operating only one turbine. 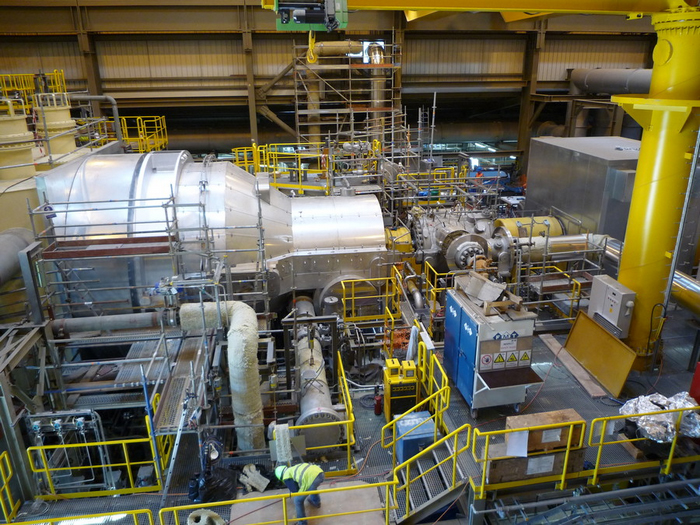 Combined cycle operation introduces more complexity into the operating parameters of the plant. Modular architecture for combined cycle gas turbine (CCGT) power plants consists of one to four gas turbines, HRSGs for each gas turbine, and a common proportionally-sized steam turbine. Modularization is intended to provide turnkey power plant solutions with reduced on-site assembly and higher part load efficiencies because of the steam turbine output. The steam turbine accounts for about one third of the total plant output and is inflexible capacity because of the time required to achieve necessary steam conditions and for the steam turbine to warm up. The lower load limit is affected by the turbine exhaust temperature, which must be high enough to generate sufficient steam pressure in the HRSG to power the steam turbine. The typical configuration of a 2x1 CCGT plant which has two gas turbine/HRSG units supplying one steam turbine may have the ability to operate one of the gas turbines independently of the other, depending on emissions criteria. Emissions compliant turndown for CCGT plants is usually 40 to 50 percent of full load. For example, a combined cycle power plant design based on 200 MW gas turbines (in the typical 2x1 configuration) has a rated output of over 600 MW, limiting turndown ability to about 300 MW.

Modular engine technology also allows siting to complement distributed renewable energy sources in areas that lack transmission infrastructure to support large power stations, providing better matching to changing grid needs. Expanding power needs in the future can be met with the addition of more engine units and ancillary modules, rather than the construction of a new power plant. Combustion engine technology provides the needed versatility and flexibility of load to compensate for variable smaller, distributed scale of renewable sources which may only be a few MW. And importantly, using small modular combustion engines to provide flexible load allows larger combined cycle plants to operate at full output, taking advantage of their high efficiencies at full load and reducing electric system costs.